It’s the event that truly starts to shape Eurovision 2019. On Monday, January 28, the semi-final allocation draw will take place at the Tel Aviv Museum of Art.

It’s a big event for two vitally important reasons. Lisbon officially hands over the host city insignia to Tel Aviv, and we’ll get to see who will be performing and voting in which semi-final.

Monday’s event will be hosted by two of the recently announced Eurovision 2019 hosts. Assi Azar and Lucy Ayoub will be handling proceedings, giving some Eurovision fans their first look at what we might be expecting for Tel Aviv in May.

The first part of the draw assigns the pre-qualified countries (Big 5 nations France, Germany, Italy, Spain and the United Kingdom + host country Israel) to vote in one of the two semi-finals.

This is followed by the semi-final allocation draw. And ahead of this part of the draw, the EBU has released the six pots countries will be selected from. Countries are grouped into pots based on historic voting patterns. This is to help ensure each semi-final is not dominated by countries that may all vote for each other by default.

Countries that share a pot are essentially split into the two different semis to prevent a “bloc” vote.

Whereas last year, the pots remained mostly static, the EBU has made some big changes this year – but which countries will it help?

There’s not many changes at the start of the draw, admittedly. Pot One drops Switzerland, embracing some fully Balkan realness. In Pot Two the Nordic countries are together, whilst swapping Estonia in for Ireland.

Pot Three remains exactly the same as 2018, encompassing Eastern Europe. But after that, things get interesting.

Last year’s hosts Portugal return to the draw in Pot Four, alongside Australia, Ireland, Latvia, Lithuania and Poland. Whilst an obvious link might be hard to find here (except the Baltic duo), there’s a potential diaspora link. With high Lithuanian, Polish and Latvian communities in Ireland, those three countries regularly score high on the Irish televote.

Pot Five focuses on Western and Central Europe. Notably, Switzerland‘s request to be placed in the second semi-final has been accepted.

Finally, Pot Six is similar to 2018’s Pot Four, keeping Cyprus, Greece, Romania and Moldova together. With Bulgaria gone, and Hungary moved to Pot Five, they welcome San Marino and Malta instead.

You can see the full draw below:

What do you think of the allocation draw pots? Do you think this could help or hinder certain countries? Let us know all your thoughts down below. Iceland: Söngvakeppnin 2019 will include two semi-finals and “an exciting, loud, and lavish grand final” 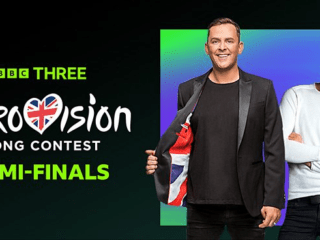 Why does Switzerland choose its semifinal every year?

These are arguably the best possible pots

Why isn’t EBU using pots for the running order? Divide songs to slow,midtempo and uptempo and make a draw. Of course this way Sweden won’t have the best running order in the final guaranteed but this is life.

I personally think that the pots- system is the best way to creat the semi- finals, but I do strongly believe Armenia and Azerbaijan should be put in seperate semi- finals. Especially given that they almost always seem to be in the same semi.

Eurovision is about inclusion, and they have to deal with it. It’s not our problem if they don’t want to vote for each other.

It lowers the chance of both to make it trough. They should be put in separate semis from the start.

I guess they pay the price for voting politically.

Those pots are there to prevent block voting. Pot 3 has several couple of countries that are in war with each other. Armenia and Azerbaijan, Russia and Georgia and Russia and Ukraine are not voting blocks.

2018 SF1: Azerbaijan gave 24 pts to Belarus, Armenia gave 10 televoting points to Belarus. Belarus gave 12 televoting pts to Armenia.
2018 SF2: Georgia got 8 pts from Ukraine, Ukraine got 10 pts from Russia and Georgia.
These countries give each other a lot of points in the televoting, the only reason that they don’t power vote eachother through is because of the juries and because they are in seperate semi’s.

Switzerland’s pre-allocation is due to the 2019 IIHF World Hockey Championships, looking at the match schedules the Swiss are playing Austria on the day of SF1. So SRF requested being allocated to SF2 so as not to conflict with the hockey game

I guess that means Austria wants to be in SF2 as well?

Well since they have all these pots figured out, why don’t they automatically split the two that vote the most for each other into two semis? Like in Pot 6, instead of holding a draw on where Greece and Cyprus or Romania and Moldova will be, why not just automatically split them in two semis based on their voting. If the purpose is splitting vote exchangers, having a draw defeats the purpose because it still gives them a chance to be in the same semi.

Especially since Greece/Cyprus and Romania/Moldova did wind up in the same semis last year.

I agree, but I expect the EBU would be wary of openly picking on Greece/Cyprus and Romania/Moldova like that and I imagine those countries (especially the Greeks) would kick up quite a fuss

Well, with random choice we could have all countries from the pot in one semi.

I’m surprised Armenia has never been in a pot with Greece and Cyprus – maybe in the future.

Anyone know What time the tickets go on sale on Monday?

the tickets sale may be delayed to fabruary…

I might’ve put Australia in with the Nordics, seeing as they’ve scored Australia quite well the last few years (particularly Sweden, Norway, and Denmark).

That’s exactly what I though they would do, given Australia’s top 5 of most recieved points includes Sweden, Denmark, Iceland and Norway.

Australia benefits from juries all across europe, i think they can be placed in any pot…

Pot 5 isn’t as random as it firstly seems – Austria gave the most televoting points (8) to Switzerland in the semi, and Switzerland was the only country to give 12 points to Austria in the semi by televoting. Belgium voted heavily for Austria and the Netherlands in 2018, also for the Czech Republic. Hungary is in the pot because Austria gave Hungary a good amount of points in the last years, and the Czech Republic was one of the few countries that awarded Hungary jury points in the final in 2018.

Pot 6 isn’t random either – Cyprus, Greece, Malta, San Marino all vote for each other and I’m sure they’ve scored Romania and maybe Moldova from time to time.

Romania votes for Greece a lot

Pot 5 isn’t. Belgium and Netherlands vote A LOT for each other, and so do Austria and Switzerland. Those 4 countries also tend to vote for the other ones (so AUT and SWI for BEL and NED and otherwise). Czech Republic have voted a lot for those countries, and so does Hungary. Hungary especially votes for The Netherlands, both public and jury.

Austria voted a lot recently for these countries. 12pts to Czechia last year for example. Hungary is a bit of a diaspora vote. But Austria should be separated from Serbia in the semifinals. That’s the strongest diaspora connection.

It’s another two out of three thing, since Serbia scores well in both Austria and Switzerland bc of diaspora (same way Bosnia and Herzegovina did before).