Last week Melodifestivalen 2019 got underway in Gothenburg and tonight things continue as the show makes it way to Malmö.

From 20:00CET, seven acts will step onto stage one after another, all hoping to go direkt fil final or at the least to Andra Chansen.

And on Thursday, we asked you to vote for who you think should win Semi-Final 2 and now we can reveal the results.

Your favourite by far is Margaret. She won 38% of all votes cast for her number “Tempo” which promises a technologically advanced stage show. That’s 4% more than she received in our poll for the same semi-final last year.

If you have it your way, the other act that will go direkt til final tonight will be Hannah Ferm & LIAMOO. They won 26% of all votes cast for their duet “Hold You”.

Your first pick for Andra Chansen is Oscar Enestad, formerly of FO&O. His track “I Love It” may have won you over, but it did not impress Swedes in Malmö at last night’s dress rehearsal. He was ranked 6/7 in the audience exit poll.

And your alternate choice for Andra Chansen was Andreas Johnson. This is his seventh time in Melodifestivalen and 9% of you think the veteran should advance from his semi-final.

Malou Prytz follows in fifth with 6%, Jan Malmsjö is on sixth on 5% and vlogger Vlad Reiser placed last, also on 5% of the vote.

Last week our poll correctly identified the week’s qualifiers but in the wrong order. It correctly predicted that Wiktoria would go to the final and Nano to Andra Chansen. However, you would have preferred that Mohombi and Anna Bergendahl swapped results.

You can see full results of our poll below:

Are you happy with the result? Do you think Sweden will agree with our readers? Let us know in the comments below! 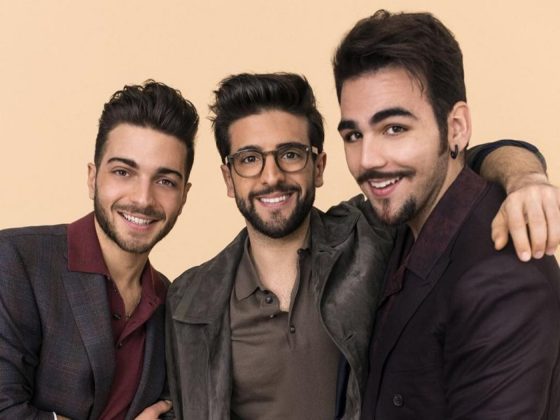 Am I the only one who can’t get enough of Oscar’s song? I mean, the guy can’t sing but still, that is one catchy tune.

last year she went to the final Her song even became a hit and was one of the most played songs on radio and one of the most streamed on Spotify. You fail!
had it ever occurred that we simply didn’t like the song? The performance? She tried to copy her act from last year and failed. Like you with your comment!

Last year she was voted to the finals, so apparently it’s possible. Maybe Swede’s just didn’t like her song and it didn’t have anything at all to do with her not being Swedish? Is that even a possibility for you?

Lol, she came to the final last year. But now Sweden is racist because they didn’t vote for her? They just didn’t like the song this time, get over it.

I don’t understand why she doesn’t represent Poland.

wow that was one intense semi final!! Other than LIAMOO and Hanna, none of my predictions came to pass! :O

The fact that both Malou went direct to Final and Vlad to Andra Chansen, leaving Margaret out is BEYOND BELIEF.

Well, I blame the children … my 10 year old daughter even voted on my iPad when I was in the kitchen. It will be revenge next week. Then I will vote on her iPad ; )
She said that all friends wrote on snap chat “ vote for Vlad”.

is liamoo and hannah lovers?

A weaker semifinal than the first one, that’s for sure. My opinion before getting to know the results: Melodi 1 “Army of us”: Boring and Andreas wearing his mama’s glittery trousers does not help. NEXT. Melodi 2 “I do me”: Too childish and amateurish, good for Junior Eurovision though. Melodi 3 “I love it”: Better than expected, but still too repetitive and the performance caused me epilepsy. Melodi 4 “Leva Livet”: I am all in for bringing all kind and ages singers, but this was utterly ridiculous. Some has to be last, though. Melodi 5 “Nakna i regnet”: Too much… Read more »

I just hope Andrea DTF… the rest of the songs haven’t excited me at all.

Hanna & LIAMOO will definitely be DTF, the other spot will be a competition between Oscar and Andreas I think. The AC spots will be fought between whichever one doesn’t get the second DTF spot + Margaret and Vlad. Malou and Jan will probably be 6th and 7th.

I love Margaret!!!!
Bringing catchy bops every year! No pretend, no hype, just fun!!!
What’s wrong about that?
I enjoyed “My Cabana” in my personal playlist throughout the whole year, and I am expecting the same with “Tempo”. SO MUCH FUN!!!

I feel like this year’s favourites, production-wise, are performing third and sixth in the running order. Let’s see if the pattern continues tonight.

is tehere a problem on website today my comments are getting deleted?

Margaret might be the new Ace Wilder. She had a good song… once. Stop pushing her so hard. I just don’t think it is going to happen.

I have to agree with you. Her Polish entry was excellent and that didn’t even make it to Eurovision. Every song since hasn’t been anywhere near as good. I do think she somewhat flatters to deceive.

like last week, there’s at least 5 songs that deserve to go through, I’d personally put Hanna & Liamoo and Margaret DTF followed closely by Oscar and Malou going to AC. However odds show Andreas will most likely at least make the top 4, so I’d say Malou making it is incredibly unlikely. The odds also predict Vlad qualifying so if the odds are right, I’m not gonna be happy with the results tonight

Like Jon Henrik, Margaret is nothing more than an international fan wank.

I think the swedish people care about Jon Henrik more than Margaret..

If there is something I miss in Mello then it has to be something ethnic. And if Jon Henrik have a great song and performance then I’m all for it. It’s said to have Kygo-influences as well. A great mix in my mind.

Margaret on the other hand, the Swedish public is never gonna support her in Melodifestivalen. “In My Cabana” was successful on the charts but why would they vote for someone to represent them who can’t even speak Swedish? She’s much better off representing Poland where she is a star.

But the poles can’t vote in Mello though lol

Andreas Johnson & Hanna Liamoon to final : AC Margaret and anyone else 🙂

Agree about Liamoo&Hanna not sure about Margaret

Hyped for the show today. My hunch is that LIAMOO and Hanna are pretty much guaranteed DF. If Margaret can delivers on the high tech stage show she promised then I can see her also going DF.
Otherwise the audience poll might be right in indicating that Andreas goes through.

Personally I’d like to see Maloo and Jan in AF but I’d be very surprised if that happened. It’ll just as likely be any of the other acts.