The fourth and final semi-final of Melodifestivalen 2019 is due to take place tomorrow evening in Lidköping. If Melodifestivalklubben’s rehearsal audience exit poll is accurate, it could be 16-year-old Bishara and Melfest returning act John Lundvik who will be headed direct till final on Saturday.

Melodifestivalklubben notes that Sparbanken Arena is a smaller venue and the rehearsal did not play to a full house. 555 audience members were surveyed in total.

Topping the poll with 166 votes was newcomer Bishara. The 16-year-old got his start performing covers on his Instagram account, and now performs “On My Own” for his Melfest debut. Bishara picked up 29.9% of the vote.

Following closely in second place was John Lundvik. The Melfest 2018 bronze finisher looks to be heading direct till final again with his 2019 entry “Too Late for Love”. He picked up 27.7% of the vote — a higher percentage of two poll winners from previous weeks.

Sweden’s Eurovision 1993 act Arvingarna look to be heading to andra chansen. They placed third in the poll with 17.6% of the vote for their song “I Do”. Melodifestivalklubben notes that while the rehearsal had a lot of families in attendance, many children spontaneously voted for the dansband.

Fourth place in the poll went to rock act Pagan Fury. The theatrical “Stormbringer” earned 11.7% of the vote, suggesting that Pagan Fury may be headed to andra chansen.

But with these four acts in the top, it means that three others may be missing out. Lisa Ajax — whose power ballad “Torn” is a fan favourite — only managed 10.1% of the vote. However, previous weeks’ polls put Malou Prytz and and Lina Hedlund each in fifth place and they both went on to directly qualify for the grand final. Could Lisa Ajax have a similar outcome?

Loreen-slayer Anton Hagan was sixth with a tiny 1.6% of the vote for “Känner dig”, while veteran Ann Louise Hanson had only 1.2% of the vote for her 13th Mello entry, “Kärleken finns kvar”.

Melodifestivalklubben notes that both Lisa Ajax and Bishara were randomly selected as the faux “winners” of the rehearsal show. As a result, they performed their songs again as part of the winner’s encore segment.

But as always, with such a small sample it’s hard to know how accurate the poll will be as a prediction of the semi-final results.

For the first semi-final, the exit poll was entirely accurate. It predicted the direct qualifiers, the two andra chansen acts, as well as the order of the bottom three. However last week’s results were a lot less accurate. While the poll predicted Dolly Style would win the show, the pop trio were shockingly eliminated. However, the poll did correctly pick Jon Henrik Fjällgren would go DTF and Martin Stenmarck would head to AC.

What do you think of the audience poll? Has the audience got it right this week? Let us know all your thoughts in the comments section below! 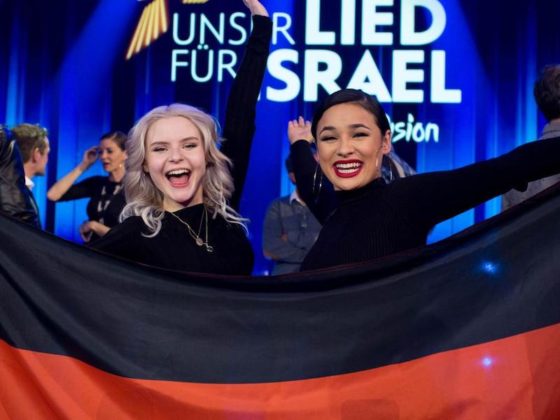 Lol, it’s like Sweden has already forgotten last year result from the televote.

Bishara is going through, probably dtf. I am so sorry but if Benjamin could go dtf with Good Lovin there is just no way this trash is staying in the semifinal. Who votes for it? I dont know? Do they need help? Yes

Cuteness is giving Bishara some points. I like his voice, but I think for now he looks more like JESC entry. Anyway I kinda like his entry, so I wouldn’t mind him making it through. I’m more shocked about Lisa Ajax, I think she deserved and Andra Chansen place at least.

i have to laugh. no way bishara’s 00s disney channel reject is going beyond 5th place. this year the polls are always wrong anyway.

I know right?
Also I find it disturbing how a 15 year old sings about waking up alone in bed… like wth

I hope this poll won’t reflect on the actual results. Lisa Ajax should make the final.

Omg is this semifinal 4? This is officially the worst melodifestivalen year in living memory

Yes I agree. But still.. the song is not good enough.

“Who willl win Melodifestivalen?”
Step 1 – Find a good looking young guy with the most typical English-language song and good choreography.
Step 2 – No, that’s it, you found him.

The Melfest final will be soooo boring…

On Friday’s rehearsals there are mostly families and their kids in the audience. Well, that’s was the case with semifinal three’s rehearsal. That’s why Dolly Style became the favourite with the audience poll. But finally ended up 5th. I think Bishara rode on the same wave.

If Bishara wins in Sweden, Sweden will flop hard in Israel. The song is just basic…

Oooh I so agree!

Well, if he win it is because we think the song is best. Melfest is so much bigger than esc here and people vote for the song they think is best. Not the song we think would do best in esc. Most people in Sweden don’t care about esc. Melfest is a light in the dark. February is the worst mounth in Sweden and we need some glam and fun. In may the light is back and than we skip the tv.

People in Sweden don’t care about the Eurovision Song Contest? That is just not true. Also Melodifestivalen is no different than any other national final with a televote – the people always vote for their favorite song without regard to how well it would do going forward. That’s just normal.

Sweden doesn’t care about ESC? It’s the most ESC crazy nation in Europe. You might not care about it but that’s not most Swedes.
And we should vote for who will do the best in ESC, as should every country. It is a contest after all. Whats the point of being in a contest if youre not competing with the best you have?

I think something will shift. Or at least I hope. Bishara song is not good enough, they just voted on his talent at such a young age. Mothers and girls who has a bleeding heart for someone like him. He also performed twice. John Lundvik is a candidate for winning the whole thing. The swedish press have been very impressed by the song and the performance. John and the his choir sing live without backingtrack.. Arvingarna could be the ones snatching the other spot instead of Bishara. But I hope it’s Lisa.. Final: John and Arvingarna AC: Bishara and Lisa… Read more »

Are they sure that Bishara should be competing for the adult contest?

A debutant like Bishara could ride on the same success that Frans had on 2015 which was a year filled with Melfest veterans and comebacks. Being young and new, tends to make you stand out.

Milla
Reply to  Charli Cheer Up

But Frans song was catchier and he was not totally an unfimiliar face. Bishara’s song is really nothing.

I hope this result won’t be the official one. Because I don’t think it’s Bishara’s time yet. The kid is talented and can be something. I think he needs to grow a bit more. Gain more experience.
I hope that John Lundvik and Lisa Ajax/Pagan Fury make it to the final. I would put Arvingarna and Anton Hagman in AC. Rest out. Just my opinon. So PLEASE don’t be mad and hate me.

Makes sense to me! Though I suspect Anton will get the Omar & Oscar treatment of sf2 and sf3… of course I could be totally wrong!

“Most of the voters are kids and families.”Do you mean the audience pull? I hope so. That it won’t effect the result tomorrow. I mean it has been wrong before. Like last week. Where they put Dolly Style high on the list. And they didn’t make it out of the Semi. While Rebecka who was kind of ranked last. Made it to AC. Which proves that you can’t trust the audience pull.

I suspect the results of the audience poll here won’t reflect the final results in any way. Last year in this same semi final, Felix Sandman was slatted 5th in the audience poll and the young Elias Abbas was the second favourite. Yet Felix made it to AC and eventually came 2nd in the finale whereas Elias didn’t even reach AC. From the perspective of the live audience, I can see how Lisa’s minimalist staging (which happens to be fairly similar to Felix last year) can seem rather dull – especially to kids. And we aren’t even counting the new… Read more »

John Ludvik is definitely a DTF qualifier so judging by the pattern we’ve had so far, Bishara is gonna get 5th place and Pagan Fury will be the shocker DTF this time 😛

I would absolutely love that! Would also be happy with Lisa Ajax getting to the finals!