Moldova’s illustrious national selection process, O melodie pentru Europa, has finally come to a close. Ten acts battled it out for a spot in Tel Aviv this May. But only one act had staying power – as Anna Odobescu emerged victorious with “Stay”.

Oozing professionalism for three minutes straight, Anna showcased the best that she had to offer in her winning entry.  Performing 9th in the running order, Anna put on a great show from start to finish, earning her top marks from the jury and strong marks from the public.

Run-down of the show

Ten acts managed to survive the brutal and infamous audition round to reach tonight’s final – which was initially intended to be a semi-final but was axed due to too few entries being in the competition.  Nevertheless, this didn’t prove to be of any issue to the remaining performers, who gave it their all during their performances.

Due to technical problems, Vera Țurcanu requested that she be allowed to perform again at the end. TVM considered the request and ultimately gave the go ahead.

Viewers were treated to a Beovizija-style interval show, with numerous former Eurovision stars taking to the stage to perform a various selection of songs. DoReDoS opened the show with “My Lucky Day”, while Nelly Ciobanu (2009), Cristina Scarlat (2014) and Geta Burlacu (2008) served us some Moldovan Eurovision history. This year’s Romanian entry Ester Peony gave us a glimpse into the future with a performance of her entry, “On a Sunday”.

Results opened with the jury scores, which were distributed in typical Eurovision fashion: 1-8, 10 and 12.

Anna Odobescu won the jury with 75 points, receiving top marks from no less than 5 jurors. She also triumphed overall, after receiving 10 points from the public – propelling the songstress to victory.

Are you pleased with the victor of O melodie pentru Europa 2019? Do you think Moldova will improve upon their result from last year? Let us know your opinion down in the comments below! 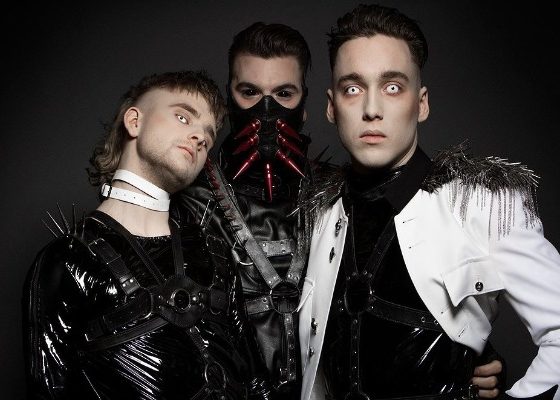 Clodie ‘Go!’ anyone? And a bit of Natalia’s ‘Fight’ but toned down. I have mixed feelings because I love both of those.

I thought of “fight” too. I was also hearing shades of Amber’s “Warrior” from Malta 2015 and Selma’s “if I had your love” from Iceland 2015. Both of which failed to qualify cone to think of it.

I seem to have a weakness for power ballads, Albania is a common Top 5 for me after all, and I also really like this one, a nice change for Moldova after two crazy acts.

Another obvious winner for me. It can be improved and look good on the Eurovision stage. However, it’s not the WOW song, it won’t do really well and it will struggle to qualify as Moldova does most of the times.

This is quite bland and forgettable, one of the less exciting songs this year.

Attention. Croatia without wings and not english version. https://www.youtube.com/watch?v=v6pkEgrX3C4 I like it. ?

It happened 3 minutes for me, not more or less. It’s like Latvia this year, doesn’t hurt but you don’t need it.

I can’t believe that Che MD placed last… and what’s even worse, they were ranked last by every jury member… WTF Moldova
When it comes to the winner song – it’s pretty average I’d say. And unremarkable. And that’s all I could remember after performance

Wow, this year is so extremely bad, I can’t even put it in words…

sunny
Reply to  up!

up!
Reply to  sunny

Yes, indeed, this year’s offer would be uplifted if Laura Bretan was in the running. But that’s my personal taste and you can’t really argue about taste.
Anyway, coming back to Moldova, it’s not a bad song, it’s just terribly ordinary joining a list of many other terribly ordinary songs. So therefore I consider it a bad year. There aren’t enough standout songs by now. Iceland was a helpful addition, though.

Rasmus
Reply to  up!

what? I dont agree at at all:)

Lmao when I first heard Kirkorov’s song last year, but we all saw what happened. That proved a sentation on stage. In a normal universe, this one must stay in the semis for all the right reasons

Boring entry. She is a good singer though but this doesnt belong to the final.

My favorite. BTW, when will Anna film a music video for “Stay”? Or has she already filmed one?

I have a good feeling about this. Probably because this year might not have many power ballads, like 2017, when many cancelled each other. (i.e. Tamara Gachechiladze and Lindita Halimi).

Probably the lleast crazy entry from Moldova:)
I do generally prefer Moldova’s fun crazy entries over the normal one. This one is credible enough and with a good performance she could do well enough in May,

welcome to tel aviv can be again top 10 regards

“100 most often used words in power ballads” the song.

Suspicious voting to say the least.

In what way? (I didn’t watch the final, so I am actually asking.)

It was almost a consensus jury winner despite not having any sort of pre-contest hype. Find it hard to believe that all the juries fell in love with the song equally.

If the juries were all grading by the same five criteria, then it is possible they all came to a consensus. (Music content, lyrics, performance, scenario/staging and choreography.) If they were just picking their favourites then it’s a bit less likely, but again not impossible. There’s also the question of whether they judged the rehearsal or the live transmission, to consider.

In the final part of the trilogy, Moldova’s staging super powers will face their ultimate challenge: elevate a kind of entry that used to be a big thing in Eurovision, but that hasn’t been doing well lately. “Stay” is just a basic ballad, nothing memorable about it . Anna seems to be a very solid performer. If it was a different country, I would say this entry would be a non-qualifier. But I learned to respect the skills of Moldova’s delegation so I’ll wait and see what they can do with it. My expectations are very low though.

Credible entry, she has a great voice but it’s a bit old fashioned. She will no doubt give a great performance but without some great staging, it will be forgotten. It’s nice but there’s nothing memorable about it

Honestly i’m annoyed by everyone saying every single song is old fashioned, dated.. Just because not every song sounds like Ariana Grande doesn’t mean it is bad or old fashioned..

It doesn’t have to sound like Ariana Grande. It just has to sound good and this is very average and boring and dated. Her vocals are good though.

What dated means? You people are literally calling everything dated except it is generic pop!

So only clear pop songs are not dated? Ugh what would the contect look like if every song was pop without diversity..

No no no…come on, send good songs to eurovision…as netta says it’s bassa not sababa

Meh. Very dated and boring. Not catchy at all.

This reminds me of One Last Breath from Greece, big voice, bland song. That song made the final, if this is powerful on the Eurovision stage in all it’s wind machine glory then don’t rule it out as a finalist either.

Stay? She will stay in semi

eurovision6
Reply to  Fun or ban?

Sonam
Reply to  Fun or ban?

I would make multiple accounts only to vote you

tom
Reply to  Fun or ban?

well there are a lots of girls in 1 half of 2 semi, so i am not sure

I had one way to remember this after my first reaction: basic, boring and incredibly predictable.

Yeesh! 1989 power pop mixed with cliche after cliche. I’m surprised they didn’t try to rhyme moon and June. It’s a no from me.

Going into the show I wanted either Lemonique or Diana Brescan to win and I didn’t see the Live show but I cannot even remember the way the winning song went and I just listened to all the songs this afternoon!

It’s not bad, but it’s boring. And as we all know, in Eurovision, boring is worse than bad.

the best song and performance won. I love it. Good Luck Moldova

Poor choice! There were really much better songs there. She has impressive vocals, but it is presumed that every contestant has good vocals. With that bland, cheesy, boring and unoriginal song, I bet Moldova gets stuck in the SF this year.

I hope that Moldova go to the final. It will be very hard. I love this song.

stay in the semi