Since Bilal Hassani won France’s national final Destination Eurovision, he’s been working hard in the lead-up to Tel Aviv. But amid all the “Roi” promo, Bilal has released two new singles — “Fais beleck” and “Jaloux”. And each song shows a different side of Bilal.

“Fais beleck” (“Pay attention”) is a self-empowerment anthem. As Bilal explained on Instagram, the song was inspired by a previous relationship with someone who didn’t appreciate him for who he was:

“‘Fais beleck’ is a song that I wrote a while ago. I was in a relationship with a guy who did not appreciate my feminine side and wanted to hide me under the pretext that I was going “shame him”.

“I never had the strength to face him and tell him how I felt, and with this piece I could write everything I thought and recover my strength and dignity!

“Do not be fooled by someone you love if he is not proud to have you by his side, tell them to #FaisBeleck and LEAVEEE 😌”

The song has a driving electronic sound mixed with Bilal’s R&B vocal styles. Lyrically, Bilal is older and wiser and he isn’t doesn’t have the time for someone who doesn’t appreciate him.

While most of the lyrics are in French, it includes some English with the key line “But nobody knows you’re lovin’ me, honey”. Making the message bilingual now means that everybody knows.

Bilal calls out his ex, saying (in French), “Your big secret, you do not want to admit it/I don’t want to laugh, I don’t have time for your bullsh*t, baby”.

Like “Roi”, Bilal is asserting his identity and being proud with who he is. And this time he’s not afraid to say it.

Note: This video may be blocked in France and French territories.

“It was a pretty dark moment for me after Destination Eurovision, people were hating on me and I needed to express it, and I can not do that better than with a song…

“This piece is comes from the heart and is very important to me, I hope it can be right for you, I love you so much”

“Jaloux” opens with examples of the hateful comments Bilal received: “You’re not a real guy”, “You’re too much like a girl”, “You seem a little fake”, “I would like to see you die”.

Bilal acknowledges that the words hurt, but he’s not going to let himself be harmed by them.  “I will never lower  my head/I stay strong and I repeat to myself… jealous.”

Yes, Bilal has realised that his haters are just jealous of his success. He’s comfortable with his look and his sound. If someone tried to criticise his voice, his sexuality or even his wigs, he comforts himself with the knowledge that the only thing behind this is jealousy.

And as the saying goes, when someone criticises you, it’s usually more about them than about you.

Note: This video may be blocked in France and French territories.

“Jaloux” and “Fais beleck” will join “Roi” as tracks on Bilal’s debut album Kingdom, due to be released on 24 April.

What do you think of Bilal’s two new singles? Are you excited for his upcoming album? Tell us your thoughts below! 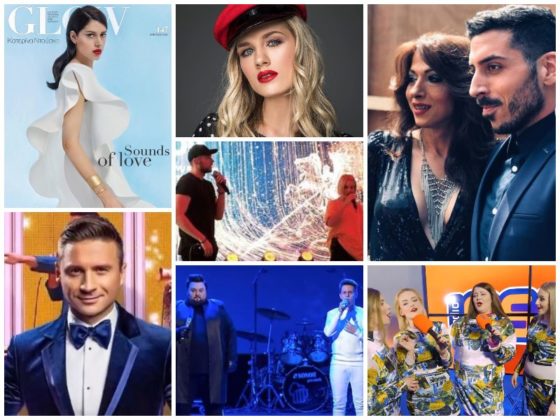 Please Bilal, work on your text. Jaloux is basically one or the worst I have ever heard in my life. But maybe I’m just jealous…. At least, thanks to you I learned what “Beleck” means.

Both songs are rather mediocre (so are the messages) (so-called millennial struggles), but Fais beleck is a bit better

“I was in a relationship with a guy who did not appreciate my feminine side”.
THIS is sth I will never ever check. I mean, yeah, there are gay guys who are more “maskuline” and others who are more “feminine”. But if this guy is gay he should understand that and accept it. And if he likes “maskuline gays” more, okay, his taste, but why would he fall in love with Bilal then? Sometimes gays are more intolerant than straight people…

I have to agree. Fais beleck is so catchy !

Both are better than Roi tbh, Fair Balek just smacks so hard.