He’s getting ready to break Europe’s cellphones apart with his mysterious and enchanting song “Telemóveis”. Thankfully for those of us in Portugal, the phones had already done broke during the final of Festival da Canção 2019. Shattering conventions and expectations, Conan Osíris is dialling-in on something big.

After flying to Tel Aviv to record his postcard earlier this week, the singer formerly know as Tiago Miranda flew back to Lisbon to deliver a show-stopping performance at MIL 2019 — Lisbon International Music Network, one of Portugal’s biggest music festivals.

The crowd went wild and so did we. So powerful was his snatch that our wigs are currently flying toward heaven. God may answer. If not, we’ll just re-direct to Conan.

Few stars can achieve what Osíris did last night. Despite standing on a small stage and having just a few simple lights, the avant-garde singer still managed to electrify his audience, getting everyone to sing along not only to “Telemóveis” but the majority of songs in his discography.

As usual, Conan’s fashion was on point. Freaky and over the top, it suits his character and is as integral to the show as his songs. Plus he was wearing the same hat as in the Festival da Canção postcard.  We can’t wait to see what he comes up with for Eurovision.

But the night wasn’t just made of “Telemóveis”. Tiago killed it with some of his other tunes. From “Coruja” (Owl) to “Amália” he truly slayed. And with “Adoro Bolos” (I Love Cake) he unleashed his inner baker. This kitchen is getting hawt!

He finished the concert by inviting some of his fans on stage and dancing to “Celulite” (Cellulitis), the perfect ending to an unforgettable night that marked the return of Osíris to his concerts after the Grand Final of Festival da Canção earlier this month.

Conan Osíris in Tel Aviv to film his postcard

Conan Osíris landed in Israel earlier this week to record his postcard for Eurovision. KAN didn’t miss the opportunity to interview the Portuguese star and touched on the news that made headlines last week: Roger Waters’ request for a boycott. Yikes! Tiago was visibly uncomfortable —  “Well, it’s what you see… Everybody has their content, right?” They also asked HoD Carla Bugalho if they had received instructions in case the bomb sirens rang.

In his rehearsals for the postcard we spotted seven back-up dancers. Arms and limbs were flying everywhere as the group did a wild set of moves that almost seem animalistic in nature. We don’t really know what’s going on, but we sure are intrigued to see the final product in May.

While in the city, he also had a few minutes to meet Israel’s Kobi and the UK’s Michael Rice.

What do you think of Osíris’ latest performance of  “Telemóveis”? Tell us in the comment section below! 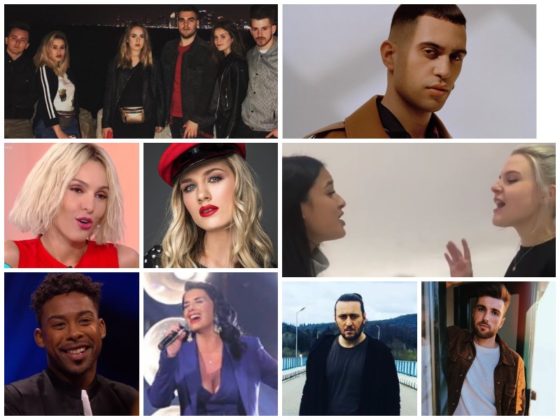 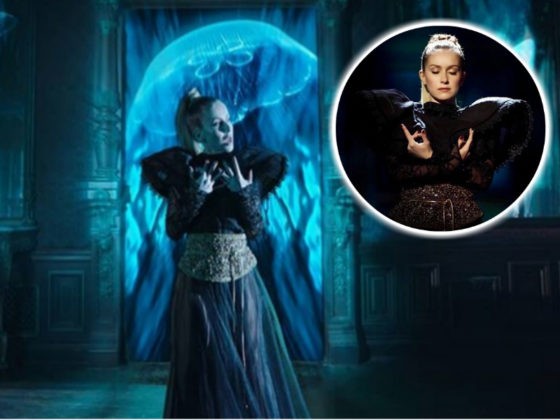 I will vote for him for sure! Strong competition he has this year – Iceland, Holland and Italy, i don’t see anyone who can do better than them…maybe Slovenia will be in top 5

THE man ! Love the way he can transport me!

He deserves to be at least TOP 5 and if staging is right anything can happen. Good luck Portugal.

I was listening already around 20 times this….song?? .so I can have an opinion and I just have a word to describe this : awful

Why does the Israeli broadcaster keep asking the contestant’s questions related to politics and BDS? They have clearly been told by their own broadcasters back home to not say anything political and KAN surely wants to keep the contest apolitical? So why do they put such questions to the contestants?
We’ve now already had several interviews made uncomfortable (Hatari, Conan, Duncan and Michael) – how many more must there be?? Although, Hatari visiting Tel Aviv for their postcard shoot is gonna be interesting.

Jamala made a prophecy : “Welcome to Tel Aviv, I have a very uncomfortable question for you……”

Juste have to say he’s is a real PHENOMENON !!
Woooww really THIS COULD BE THE WINNER.
There’s something unique, authentic, hypnotic, pure and so beautiful with theach song telemoveis and his interpretation… I am pretty sure he will be gigantic on staging at eurovision and will capture every single person!
Bravo Conan!

The one and only! He does not need to win but I will still massively vote for him from Denmark! He really substantiates this year’s logo “Dare to dream” – new ideas are possible, imagination can build us a new and better future!

This guy ruined so many stereotypes in people’s heads!! Brought art, individuality, creativity, new perception of music, and Yes he’s already won !!! Thanks Portugal for this artist !

one of our more interesting artists of this year, same as Oto for Georgia

I think he will do well, it reminds me of Joci Papai 2017. Who thought that people will understand the song and dance of Origo? Don’t underestimate the voters.

Portugal, Iceland and Italy should be rewarded for thinking out of the box! I really hope Conan surprises us with a fantastic staging.

And austria should be punished or what?

You’re right, Austria is underrated although it doesn’t have the same effect on me as the ones I mentioned.

I have such a weird attraction to this guy.
Which is odd as he’s not usually my type
But damn…I totally would.

The song is damn catchy as well, Portugal is my joint favourite this year (alongside Italy and Netherlands).

This guy is great! I will vote for him for sure! Strong competition he has this year – Iceland, Holland and Italy, i don’t see anyone who can do better than them…maybe Slovenia will be in top 5…my ideal top 5 😉

Hey, your top 5 is my top 5. Maybe Poland instead of Netherlands to keep the alternative vibe strong. Happy either way.

This guy is always high

He said his brain is usually “high” but he doesn’t do any drugs.

This is so innovative and cool. Portugal is definitely heading towards a top 10 finish.

Everyone’s wanking on all the “euro-bops” (that hybrid genre of meaningless pop fabricated for Eurovision consumption only), when this is the only “true” bop in this year’s line-up… Unfortunately, I’m more and more convinced that it will stay in the semi.

It’s definitely qualifying and going to Top 10, that’s for sure. Where it finishes in the Top 10 though is anyone’s guess. It could be 1st or it could be 10th.

What’s that costume lmao, it reminds me of Zoltan meeting scene from movie ”Dude where’s my car” hahaha

I think Portugal will be this year’s Finland 2018. Nice song but the performance will not appeal to the mass audience. It’s super weird and people will laugh at it unfortunately. I wish he had an experienced director to help him with the staging. This is a mess but the song is amazing

Sorry, but there is always one song that eurovision fans/bloggers go mad for that bums out and this is it! He may be sincere and the lyrics meaniful but this song and performance will be lost as it has no general appeal and to be honest it is too niche to be in eurovision. I will be shocked if it gets out of the semi!

in the first picture, the outfit looks like a Bordalo Pinheiro porcelain (Portuguese famous porcelain brand inspired in farm/nature elements), I love it.

Conan Osiris, the man and the genius.

Seems like he goes along well with his competition. That‘s what all previous ESC winners share. They show no sort of hate for the other and stay humble. That‘s part of why I want Conan Osírís to win. His head is not up in the skies (unlike Sergey for example or any other act who has high expectations over themselves). You could also see that on Festival di Cançao. While in the Green Room the other acts were playing with his accessoires and later when he won and performed again they threw themselves on the floor to celebrate his victory.… Read more »

Real winner!!!
Song with deep and very powerful message
Just afraid that public will choose Russian muscles over this masterpiece or Greece/The Netherlands/Albania