Zala Kralj & Gašper Šantl will represent Slovenia at this year’s Eurovision Song Contest in Tel Aviv with their song “Sebi”. It’s a transcendental, new-age entry. Sitting just outside the bookies’ top 10, many view it as a potential dark horse.

Zala and Gašper were one of ten competing acts in Slovenia’s EMA 2019 and went up against numerous heavyweights. But the duo stole the show, advancing to the superfinal and pipping Raiven to victory. After breaking a two-year non-qualification streak in 2018, Slovenia seems to be sticking to the right track.

As we draw closer to Tel Aviv, we have compiled a list of 10 facts you need to know about Zala Kralj & Gašper Šantl. So without further ado, let’s do this!

Formed in 2017, Zala Kralj & Gašper Šantl are relatively new to the world of music, especially compared to some of the seasoned artists taking part this year. The duo first met on Instagram where Gašper stumbled across Zala and her covers. At the time, Gašper was searching for a vocalist for the song “Valovi”. Upon hearing Zala’s soft ethereal voice, he knew he had found the right singer. At first, Zala was credited as a featuring artist. However, as of April 2018, the duo as we know it today formed and signed a contract with Universal Music Slovenia.

Despite the collaboration being just more than a year old, Zala and Gašper’s talents have not gone unnoticed by the Slovenian music industry. In 2018, the duo won the Zlata Piščal Award for best song of the summer in recognition of their debut single “Valovi” (Waves). Subsequently, Zala and Gašper produced even more songs in the genre, solidifying their position within the music industry and earning them hundreds of thousands of views on YouTube. 3. They have a longtime history with music

According to their official Eurovision profile, Zala’s involvement in music began with covers of popular hits. This gradually developed into writing and composing pieces built around the musical philosophy of soft and gentle narration. Gašper, on the other hand, started his musical journey playing the guitar as a youngster.

4. They’re known for their artistic imagery

Browse Zala and Gašper’s Instagram and you’ll notice that the duo have an affinity for creating artistic imagery, be it with filters, colours, or backgrounds. One noticeable and reoccurring theme is a poly-art fox head, which often appears in their live shows. The fox, coupled with its intricate shapes, gives the band an otherworldly and unique identity in contrast to the rest. Usually, it’s Gašper who wears the headpiece. However, here’s a post with Zala trying it on.

5. They have a Czech connection

Gašper’s music connections extend beyond the Slovene borders. As his talents blossomed, the music took him to the capital city of the Czech Republic — Prague. There, while working at Faust Records, he studied to become an audio producer and composer. After two years, Gašper embarked on a quest for inspiration and travelled across Europe by bike. It was during this time he began work on his debut song.

Much like fellow Eurovision singer Srbuk, Zala and Gašper have a deep affinity with the animal kingdom. You’ll see all kinds of animals and creatures to admire on their Instagram. With not much else to say, take a look at some of Zala and Gašper’s furry friends. 7. They love the outdoors

Once again, Instagram gives an insight as to what the two like to get up to in their free-time.  Besides making music, art and photographing animals, Zala and Gašper love to explore and enjoy the world around them — hiking, running and sometimes just relaxing in their surroundings. The two also like to incorporate mother nature into their indoor posts with potted plants and foliage making regular appearances. 8. Their discography is growing

“Sebi” is the pair’s fourth single. They previously released three tracks — “Valovi”, “Baloni” and “S teboi” — all in 2018. In February 2019, all four were nicely packaged into an EP called Štiri. One local reviewer commends “Gasper’s exceptional production of electro-pop sound, wrapped in Zala’s gentle vocals and melodies”.

9. They won EMA with one of the biggest margins ever

Slovenia’s national selection has an illustrious history, dating back pretty much to the country’s first participation.  EMA has seen numerous changes in terms of how the contest is run, with almost every year seeing a different format coming into play.  Nevertheless, the show often produces nail-bitingly close photo finishes with just a matter of votes separating the victor from the runner up.  However, that wasn’t the case this time around.  While Zala and Gašper may not have won the first round of voting, coming in second, they absolutely dominated the public vote in the super-final. The duo earned an incredible 72% of the vote, beating Raiven’s number about three times over.

10. They revel in each other’s company

Finally, it may come as no surprise to some of you, but the Slovenian duo are a couple.  If their intimate performance at the national selection was not enough to convince you of their connection, be sure to take a look through their Instagram.  Snaps of the couple are in great abundance. It will definitely warm your heart to see the two so happy. They’re in love with each other and doing what they love.

Are you excited to see Zala Kralj and Gašper Šantl perform in Tel Aviv? What do you think of their past achievements? What do you hope to see on the Eurovision stage? Let us know in the comments below. How old are they? It seems they’re minors

No, they just look that way because they enjoy healthy, natural lives in a traditional culture void of the bombardment from politics and commercialism.

Zala is so freaking gorgeous, I’m totally in love with her!! I’d give her ENTM instantly!

This kind of Billie Eilish emo depp song isn’t really my type of style but I do wish them good luck.
Hopefully they do better than Alfred & Amaia from last year, they remind of them

Feel free to leave your shade where it belongs.

That is what we call music. Spiritual, magical, calm and relaxing song. I think that is miserably that this song is not rated even in the top 10. They deserve at least top 10. For me is top five. I like also Netherland, Sweden, Russia and Switzerland. Slovenia is definetly one of the best this year. It is miserably also that is song from Hatari (Iceland) rated so well. I respect other opinion about them, but I am sure, if they would be dressed casual, nothing special, without “BDSM” thing, they would never be so conspicuous. They don’t sing good.… Read more »

Zala Krajl & Gaspar Sentl are like the Sofi Tukker of Slovenia but their music is too slow and calm, contrasting to the energetic and crazy dance beats of ST, but they’re super-duper good and they’re definitely worth the listen.
Seriously, I literally fell in love with Sebi and it’s somewhere in my top 15. I really hope they do qualify and go for the top 10 or victory in Tel Aviv.

I love them and I hope they will be on the left side of the scoreboard in May 🙂 I think I’ll vote for them on Tuesday. Love from Belgium!

I love them to pieces, I hope they will do well, I know I will vote for them, my darlings!

Slovenia for the win!

I have a feeling they won’t qualify, though. We will see.

They are borderline but definitely above the border for now.

Borderline?
First on eurostats.
12. on odds.
Fourth in the odds for the semi 1. 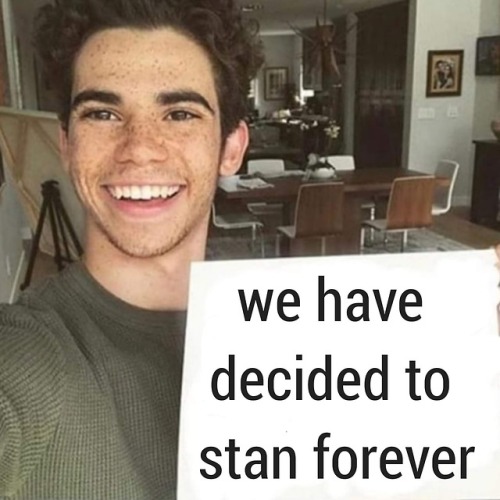 I love everything about this entry. So, so good. They won’t win of course, but it’s totally unpretentious and refreshing. Very welcome in this year of artistic ‘statements’ which make for awful songs.

I can’t think of another song like “Sebi” that was ever in the contest. It will be a real test, to see how people respond to it. It’s not for everyone, but I find it so lovely and bewitching. I hope it does well – its success would inspire even more variety next year.

Sebi is my current number 1. I really connected with the performance and the song itself immediately.

sebi is a truly dark horse and one of the best and original entry of this year.. currently in my 4th place and hoping for top5 in the jury voting

I like Gasper’s style of music, but I’m not a fan of Zala’s style of singing. She sounds too nonchalant.

Agree. The song is good but she turns it into a shallow experience which we forget right away. Pity though.

I am not digging their music style but I love their love for animals and the outdoors. I wasn’t aware of the large margin of their EMA victory, well done. That Raven song was imo atrocious.

The word you were looking for is ‘Chaotic’

Sebi is one of the best entries this year, it’s in my TOP 10. I I really hope that they will reach the TOP 10 in Tel Aviv, but I doubt so. 🙁