She won Eurovision 2018 less than a year ago.

Yet the end of Netta‘s reign as Eurovision champion is already in sight.

A lesser star might be saddened by the beginning of the end, but Netta can barely contain her excitement.

The Israeli star is taking it in her stride and two days ago took a tour of Eurovision 2019 venue Expo Tel Aviv.

Escorted by show director Yuval Cohen, the star was overwhelmed by emotions, as she took to the stage.

The short clip of the visit, published by Israeli outlet Ynet, shows how much this means to Netta.

The “Toy” hitmaker grins from ear-to-ear as she’s led around the stage.

Starting out back-stage, she gradually makes her way to the mainstage, and looks out on the audience.

There it seems the reality of the moment hits Netta. She admires the stage, says “wow” and stands where this year’s winner will in May.

As the reigning champion, Netta will of course play a prominent role during this year’s shows.

She’ll hand over the crystal trophy to the 2019 winner during the Grand Final and perform during the shows. Ynet reports that as well as reprising her winning song “Toy”, she’ll perform a new song in a world premiere.

The short clip, shared through Netta’s official page, shows the trio over lunch. Whether it relates to preparations for the contest remains to be seen.

Friedman is famed for his work on shows like X-Factor. Perhaps the choreography will feature in her performances at Eurovision.

Are you excited to see the stage in action? Let us know in the comments below! 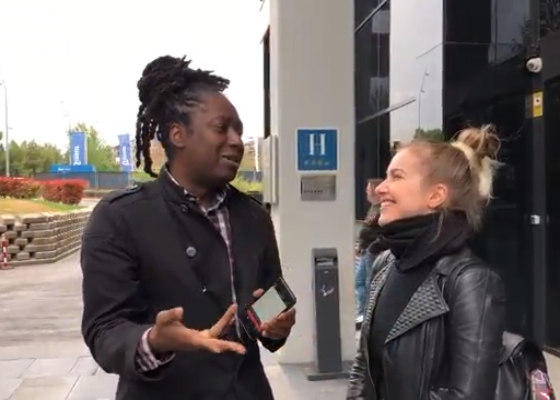 Romania’s Ester Peony: I will have two dancers, a guitarist and my two girls on stage 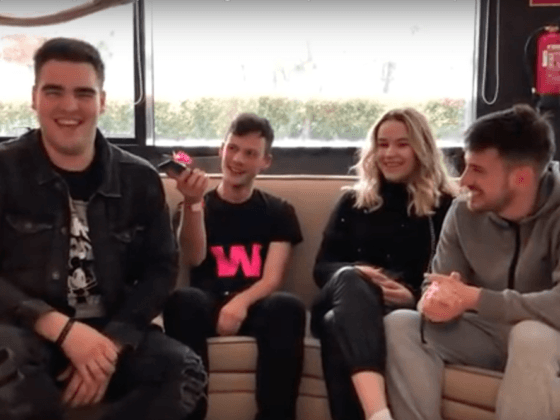 Montenegro’s D mol at Madrid’s #PrePartyES: “We want to share love and a people positive message”

Whilst they have clearly designed a distinctive stage it does look smaller than we have been used to – not that I mind, maybe it will ensure the artists are left to make the impact.

The stage is actually bigger than the one in Portugal so that is false. It’s the stadium that is smaller (with about 7000+ in the audience).

That is not true…this year they will use more lights than last year…But the stage is far way smaller! Open your eyes

Does it even matter how big the stage is? Eurovision is a TV show, there are angles, mirrors, lights, technology.

Netta’s enthusiasm is infectious. So great to see. That’s the reaction we want from performers right! Wow

Tiny stage. Reminds me of Helsinki.

“Tiny”
What an exaggeration!

Helsinki was the very definition if”tiny”, at least design-wise.

The actual main platform was smaller than outer layer that was otherwise much larger yet had a lot of stuff
built around the main stage that ate a lot of space. Its saving grace was the connecting runway.

Sure, it was made to make the performances more intimate that year but only a few managed to do so.