And so reads the headline in today’s Blick, revealing the news that Switzerland’s Eurovision 2019 star is calling on one of the few people who may actually be a better dancer than him.

As the newspaper reports, Luca will be supported by David Lei Brandt — a sought-after dancer who performed with Lady Gaga during the Super Bowl halftime show in 2017. He also supported her on her tour for five years starting in 2012. But that’s not all. He’s also performed with Rihanna, Jordan Sparks, Pussy Cat Dolls, Jesse McCartney, and Katy Perry. Bam!

Alright the cats out of the bag. I can finally say that I will be singing and dancing alongside @lucahaenni1 representing Switzerland in this years #eurovision2019 – The last weeks have been crazy with rehearsing. I’ve also been vocal coaching Luca, and I gotta say, all you other countries need to be worried. ? Thank you to @blick for including me on your front page! For all you Americans who don’t know what Eurovision is, it’s the largest singer/song contest in the world. Every European country competes for who has the best song. It’s 275 million viewers! Excited to be apart of the team and can’t wait to hit the stage in Tel Aviv, Isreal. #lucahänni #shegotme #switzerland #esc2019

David is beyond excited. Writing on Insta he put out a warning to all other countries: Switzerland are in this to win this.

“Alright the cats out of the bag,” he writes. “I can finally say that I will be singing and dancing alongside @lucahaenni1 representing Switzerland in this years #eurovision2019.”

“The last weeks have been crazy with rehearsing. I’ve also been vocal coaching Luca, and I gotta say, all you other countries need to be worried. Thank you to @blick for including me on your front page!”

“For all you Americans who don’t know what Eurovision is, it’s the largest singer/song contest in the world. Every European country competes for who has the best song. It’s 275 million viewers! Excited to be apart of the team and can’t wait to hit the stage in Tel Aviv, Israel.”

Speaking to Blick, he elaborated on the rehearsal process. Apparently they’ve been dancing and singing for five hours a day! “The rehearsal period is as demanding as with Lady Gaga,” he said.

So how does he stay centred amid all the stress of a big show?

“Right before the show I will meditate for twenty minutes and focus on the performance. Afterwards I’ll fool around with the team a bit, that’s good for the positive energy and calms the nerves just before we go on stage.”

Are you as excited as we are to see Luca bust a move with David? Sound off in the comments box below! Poll results: Duncan Laurence had the best performance at Eurovision in Concert 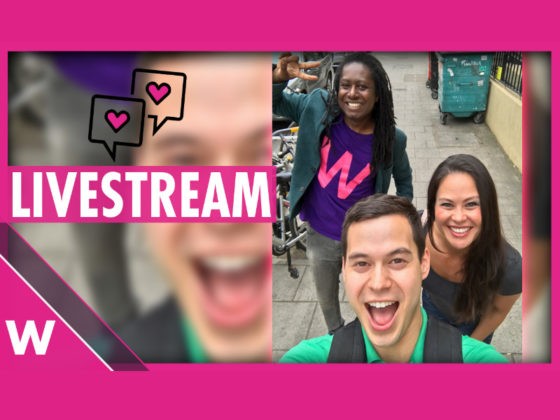 Switzerland: SRF will reveal Swiss entry for Eurovision 2020 in March I don’t mind the export of international talent in Eurovision, but not to the extent of having almost all aspects of the performance being internationally outsourced (pointing especially to Azerbaijan, Switzerland, Malta, and Cyprus). This is crucial, particularly about songs. These broadcasters can buy songs from Symphonix International or somewhere else but there’s just no point of it being ‘song from Switzerland’ or ‘song from Cyprus’ now. This also influenced my opinion of seeing these acts. They provided good tune without a doubt but I don’t feel anything special towards it.

I am excited to see him dance on the stage!
Hopefully he will sing and dance equally good and win my votes! 🙂

The song and the video remind me of ‘Despacito’. So similar! But of course we’ve heard and seen similarities between songs in Eurovision before.

I thought he is such a wonderful dancer and performer… Why does he need back-up?… This entry deserves to fail as it is cheap and nothing more than a ridiculous copy of fuego and cheap Latin sounds

Well I hope they completely redo the choreography as it has zero connection to the song. Dirty Dancing? Maybe if you think N*SYNC dancing from 1999 is sexy….

I like this song very much and have it on replay (see what I did there?) all the time. However, I hope his choreography is better than the one I saw in the Gran Canaria show as is a bit too “jumpy” and too choreographed. I’d like him a bit more relaxed as it’s a song with latin vibes where is a all about dancing but not in the way he did it.

That one was from the video. obviously, they won’t reveal anything before rehearsals just like other artists.

I know, hence my comment “I hope his choreography is better than the one I saw in the Gran Canaria show”. Good luck to him either way.

The Gran Canaria choreo was pretty bad imo. A very budget performance. And I see no point in using the video choreo on stage because it’s all about the camera angles. It worked in the video but for a stage performance – outside Eurovision because there are cameras and direction there – thanks but no thanks.

Yeah, ok. ok. This kind of things will ruin Eurovision. Like Cyprus-Malta-Switzerland this year. Get bad results in the past, now buy foreign songs, services of foreign choreographers, stage directors, backings, dancers. More famous the better. Promote, promote even by purchasing adds on youtube.
Even if I liked Switzerland it will slowly go down on my top because I dislike these tricks there’re doing. This song does not deserve to win. It can win together with Cyprus and Malta the prize for most money paid to Sweden and North America. Don’t like it anymore.

I agree. I am all for people using producers/dancers etc from other countries as this is all Europe is about: exchange of ideas/people/capital etc. But there has to be a fine line between complete outsource and just using some external help and this applies to every country.

On a same note, I personally don’t like how the stages are recently designed by the same person. And don’t get me wrong, I like most of them but I can probably guess next year’s stage regardless of which country wins.

Switzerland picked a local artist (who’s huge already) with a song written by himself and not some random Swedish teams like Malta. It’s good to see Switzerland taking it seriously. Azerbaijan has been doing the same thing for a decade, yet you don’t complain!!!!!!!!!!!!

Bring your outrage elsewhere, please. Luca has not written the song by himself. Azerbaijan has received criticism in the past for using songs written by foreigners. The teams they choose are not random, on the contrary. These things make an industry out of Eurovision at the expense of local talent. Some countries are more and more dedicated to spending more and more money, creating pressure and unfair competition precisely because they put a lot of money in it. If they win or get very good placements it’s because of the money and nothing else. Money buys talent and it’s tailor-made… Read more »

Finally you got our words, Una. It’s why I still respect countries like Slovenia, Austria, Belgium, Czech Republic, France, etc. because they still want to do most things by their own way.

I don’t understand this , why does it matter who he is dancing with ? As in is he also a backing vocalist? Cause why would you pay someone very highly just to dance

Switzerland is a very rich country, they can allow paying someone very highly just to dance.

Who is Jordan Sparks, Wiwibloggs / William? Maybe it’s Jordin Sparks? Love to you all <3

…and the staging won’t look like the video at all.

I really like that Switzerland is in it to win it. This year they can make the top 3 and im so exited what will happen in the rehearsels :). I think Switzerland have found their new National final format.

I’m so glad we have the juries to mix things up.

If you add the two SF’s to the GF, he’s probably close.

It’s not. It’s 100m with all shows. The semifinals are watched by maximum 20m people. Just to give you an example, around 400k people watch each SF in each big countries like UK and Italy.

I expect a world class performance from Luca this coming eurovision week!