She rose to fame with her collaboration with DJ spiller and last month was announced as UK jury member for Eurovision.

But now Sophie Ellis-Bextor has quit the jury on the eve of Semi-Final 2.

In a statement released by the BBC, the broadcaster says the decision is due to “unforseen circumstances.”

The “Bittersweet” singer was set to chair the jury.

I still love Eurovision! Wishing all the participants a great show and good luck to the UK entry. Xxxx https://t.co/4puldwG9xJ

In the post to her 132k followers, the “Murder On The Dancefloor” hitmaker says she still loves Eurovision and wished the participants a great show.

Ellis-Bextor also used the post to wish good luck to the UK’s Michael Rice. He will perform “Bigger Than Us” during the second half of the Grand Final on May 18.

The BBC has confirmed she will be replaced, but not who will replace her. That leaves the UK jury chairpersonless on the eve of Semi-Final 2.

Although the UK won’t participate in the Semi-Final, British televoters will be able to cast their votes during the show.

The Metro reports Ellis-Bextor had to pull out due to unforeseen childcare issues.

The UK has a further four jury members who will vote on tonight’s Semi-Final 2 jury show.

UK Eurovision fans have been quick to volunteer their services to chair the jury online.

We are now days away from UK act Michael Rice taking to the stage.

He’ll perform his ballad “Bigger Than Us” with five backing vocalists and amidst a starscape.

Fans in the UK will know what position Michael will sing in during the early hours of Saturday morning once the EBU publishes the running order.

Eighteen acts take to the stage tonight in the jury show of Semi-Final 2. Only ten will qualify for Saturday night’s Grand Final. 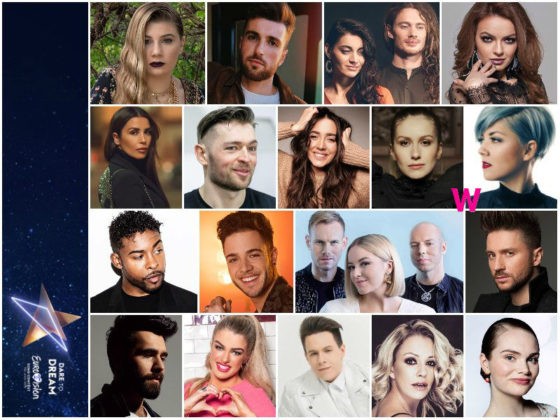 Poll: Who should qualify from the Semi-Final 2 of Eurovision 2019? Eurovision 2019 Semi-Final 2 odds: The Netherlands favourite to win, Sweden favourite to qualify ahead of jury show

i will not miss her i dont like her music

Bless Sophie , she wanted to vote for the babuskas from Russia a few years ago and they aint here ! ??

Do broadcasters have a back-up jury? I’ll give her the benefit of the doubt, but it seems (seems!) unprofessional to pull out literally hours away from the jury show.

I’m not sure, but I think they have to have some backup members

Can she please represent the UK next year? Scrap You Decide and choose her

Lovely woman, but never got into her music. Too banal and middle of the road for me. Her last single was utterly horrendous, with woeful lyrics…Love is you, your its child……good grief.

Love is You is actually a cover of a disco song from the 70s, so tbh, it’s not her lyrics

Yes, I know but why chose that particular song……I love 70s music. She had thousands to pick from, and her team went for that piece of dross.

I don’t care if she quits the jury, I want to see her PERFORMING on the Eurovision stage. One of my favourite singers.

GUYS She has five fricking sons in her house, including one just 5 months old, simply something could’ve happened with them or with anything else in her personal life, but of course the comment section is already full of conspiracy theories.

We don’t know why she pulled out. No reason was given, so speculation is fair. Just because some paper says it was “childcare reasons” doesn’t mean it’s true – would anybody say that about a man?

And what are speculations leading to? Nothing… people just can’t respect the personnal life of celebrities.

I don’t know which newspaper wrote what actually. I’m not saying it is necessarily because of her children, I’m saying it could equally be from any personal reason, it doesn’t have to be because a) she discovered the votes are rigged and left or b) she’s suddenly part of BDS against Israel (which I saw as an idea somewhere else) or c) she needs some attention. I hate somebody going over the board with conspiracies if they don’t know the reason, let’s just calm down and dial it down.

There could be so many reasons. It’s so true the legit reason a woman can pull off in society norms concerns something in society. And that is such a lousy thing. Men should also prioritize like that. And it could be anything really. Something unforeseen. As a musician she could perhaps has some connection to some of the other competing acts or anything. She could be having an illness. Convicted for a crime. She had an accident. It could really be anything. Not only: she’s a mom.

They must have discovered that she had Sergey on her top list.
#rigged

Anything to be on the news! Shame you even mention the name of a forgotten one-hit-wonder

How young are you? She had LOADS of hits!

Her latest album peaked at number 6 on the UK albums chart. Was yours even on the chart? Do you even have an album released?

To be fair, it didnt hang around too long in the charts. It doesnt take many copies now to enter the album charts. It takes lots more sales to stay in the charts for any length of time. Her singles havent done well for years.

Something doesn’t feel so good…. 😉

Terrible news! A eurovision employee has sadly passed away today because of a falling light installation on monday 🙁
http://www.israelnationalnews.com/News/News.aspx/263175

Sorry to hear that…. Love to family and friends.

Family should sue. Is the year 2019, nobody should die because of that.

Tragic, so sorry that happened. The family must be inconsolable.

Terrible news! 🙁 Love to his relatives and colleagues. I feel so sorry for them…

It’s always so sad to hear this kind of news 🙁

From what has been reported, the whole technical side of the show has been a shambles. Lots of issues with lighting, camera angles and sound problems. Who have Israel employed…..Tel Aviv Chuckle Brothers Inc.