Eight former Eurovision and Junior Eurovision were among the Eurovision 2019 jurors, including Germany’s Michael Schulte and Russia’s Tolmachevy Twins (as separate jurors, of course!).

All of them except for Michael Schulte and Slovenia’s Ula Lozar had to go through a semi-final as contestants, and actually, the Tolmachevy sisters and Sanja Ilic (Serbia 2018 with Balkanika) were the only ones to succeed as Maria Ólafs, Franka and Geta Burlacu all failed to qualify.

Now it was their time to decide who went to the final, and here are their ten picks.

Croatia’s Franka voted in semi-final 2, where the country’s act Roko managed to improve her placing from 2018 (he came 14th and she finished 17th last year).

Franka’s ten qualifiers would have been, in order: The Netherlands, North Macedonia, Switzerland, Azerbaijan, Sweden, Russia, Malta, Armenia, Albania and Moldova. Thus, she got eight out of ten finalists right, but she placed Denmark 13th and Norway 14th. She also placed Ireland dead last, just as it happened in the overall vote.

Germany’s Michael Schulte also got eight qualifiers out of ten, and was close to getting a ninth, as he placed Azerbaijan’s Chingiz Mustafayev 11th. He was a fan of Austria’s Paenda, who he placed 5th, but unluckily for Michael, “Limits” came next to last.

The “You let me walk alone” singer’s qualifiers were Switzerland, The Netherlands, Sweden, Malta, Austria, North Macedonia, Norway, Armenia, Russia and Denmark. His love for Tamara Todevska and Keiino increased in the final, where he placed them both ahead of Malta and Sweden.

Moldova’s Geta Burlacu‘s guesses weren’t as close. Her preferences only coincide with six of the actual qualifiers, and furthermore, her least favourite act, Sweden, made it, while her favourite Romania didn’t.

Had it been up to Ms. Burlacu, we’d have had Romania, North Macedonia, Denmark, Azerbaijan, Norway, Russia, The Netherlands, Latvia, Austria and Ireland in the final.

Don’t you try to hide it, sister! Anastasia and Maria Tolmachevy may be twins, but their preferences weren’t so similar. Anastasia got more qualifiers right, a total of six, but she lost her favourite in the semi-final (Romania’s Ester Peony). Meanwhile, Maria only got five finalists right, but among them there was her number one entry, Malta’s “Chameleon”.

Anastasia’s picks for the final were Romania, Armenia, North Macedonia, Albania, Moldova, Malta, Azerbaijan, Denmark, the Netherlands and Lithuania, while Maria’s qualifiers would have been Malta, Albania, Romania, Azerbaijan, Moldova, North Macedonia, Armenia, Switzerland, Austria and Latvia. Neither of them believed Sweden’s John Lundvik should have made the final, and they both placed him 15th.

Maria Ólafs and Ula Lozar in semi 1: San Marino out, Hungary and Belgium in

Some say semi-final 1 was easier to call, but Iceland’s Maria Ólafs and Slovenia’s Ula Lozar may differ from that opinion.

Both of them had seven of their top 10 favourites qualifying, and the two of them placed Hungary and Belgium in the final. As both Hatari and Zala & Gasper qualified, they could have only got nine out of the ten finalists right.

Maria Ólafs had the exact same top two as the final results (that is Australia first and Czech Republic second). She narrowly failed on guessing Estonia, as she placed Victor Crone 11th, and she also thought Serhat shouldn’t have made it, as San Marino was her 15th place.

In order, she would have put through Australia, Czech Republic, Belarus, Cyprus, Slovenia, Serbia, Belgium, Hungary, Greece and Finland.

Coincidentially, Ula Lozar also got the Czech Republic right, as she placed them second as well. She also put Poland in 11th place, just like the eventual result. On the other hand, she didn’t really rate Serhat, as she put him 16th.

According to the “Nisi sam” singer, these 10 countries should have made the final: Belarus, Czech Republic, Cyprus, Estonia, Serbia, Australia, Hungary, Greece, Belgium and Montenegro.

Montenegro may have finished next to last, but they were the favourites of Serbia’s Sanja Ilic. The Balkanika member put them in first place along with the rest of the Serbian jurors.

Mr. Ilic only got six out of nine qualifiers right. In his opinion, Montenegro, Czech Republic, Hungary, Cyprus, Australia, Belarus, Slovenia, Greece, Poland and Finland should have qualified, while Iceland’s Hatari should have finished dead last.

Is any of these jurors’ top ten similar to yours? Who would you have put in the final? Was your favourite also screwed in the semi-final? Let us know in the comments below! Back in the game! San Marino confirms for Eurovision 2020 after Serhat achieves best-ever result

Andrius Mamontovas from lithuanian jury is also a former eurovision singer. Why he not here?

In glad some of them put Latvia through!

Interesting! It’s nice to see what countries the previous contenders would vote to go through.

Montenegro in the first place and Iceland in the last? Really?

Yeah we can agree some juriors have horrible taste. BUT televoters have to. Placing San mArino 10th in televotes is the worst this year. So i LOVE COMBINED RESULTS. Ps how any jury member could Not have Russia and Sweden in their top 10 is a joke. No way there 10 better then them in the semi. No way.

lol so professional. They really showed us stupid televoters how to not vote for our neighbors.

Almost all of this selection of juries proved to have terrible state in music, except Franka and Michael.

The greatest mystery of Eurovision 2019;
“Klemens got called up to answer why he had a sewing machine in his luggage.”
Ladies and Gentlemen, this is a professional troll. Take note.

The fact that twin sisters didn’t agree on most votes, but *five* Georgian / Azeri jurors agreed on their stance towards Russia is very telling, now isn’t it?

They were in HEAVEN when they heard song from Montenegro 🙂 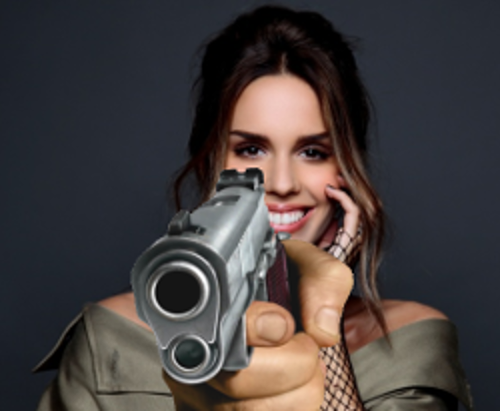