Greece hasn’t enjoyed much luck at Eurovision in recent years, but things may be looking up. Greek media blog NASSOS BLOG reports that broadcaster ERT is said to be looking at ways of turning around Greece’s fortunes. And one of those methods may be a favourite tactic of Greece — internally selecting the act and using a national final to select their song for Eurovision.

The blog reports that ERT’s new administration is looking to breathe new life into Greece’s Eurovision efforts. The broadcaster is hoping that by using a revamped national final, it will be able to attract more viewers and more prestigious sponsors. Another option is to hold a talent show — but not a reality show.

But it’s thought that the most likely option is to internally select one artist and using a national final to pick their song.

Greece has used this method to select some of its most successful entries. In 2005, Helena Paparizou performed three songs at a national final. “Number One” was the number one favourite of both the jury and televoters and went on to give Greece its first Eurovision win.

The following year, Eurovision legend Anna Vissi performed four songs at the national final. She went on to give Greece a host country top-ten finish at Eurovision with “Everything”.

Sakis Rouvas made his Eurovision return in 2009 via a national final where he performed three songs. While he didn’t beat his third place in 2004, “This Is Our Night” still earned a top-ten finish.

But this method doesn’t always guaranteed success. In 2017, a national final was held to select a song for Demy. Unlike the previous national finals, this one used music videos of the three songs, not live performances. But both the jury and televoters agreed that “This Is Love” was the winner. The song went on to make the Eurovision grand final, but placed only 19th.

The method has also been used for the past to years by Finland, with Saara Aalto placing second-to-last in the 2017 grand final, and Darude feat. Sebastian Rejman placing last in their semi-final. Finland is reverting to its tradition national final format for 2020.

If Greece takes this path for 2020, which artist will ERT select? Greek singer Vangelis Kakouriotis has been rumoured as a potential artist.

The former boy band singer recently expressed his interest in Eurovision, saying: “I would be interested, yes and if the opportunity arises I will take it. It’s a great event worth participating in. When the time comes, me and my co-workers will have faith in the song that the project will produce. I want it to be worth it!”

Or will former Junior Eurovision star Stefania Liberakakis serve some Greek Dutch realness? Or could ERT go for an even bigger name?

Whatever happens, it looks like a decision on Greece’s selection method for Eurovision 2020 may be a long way off. Eurovision Fun notes that ERT’s immediate priority is the serious business of reconfiguring its new administration. But once that’s been taken care of, then the broadcaster may be in a position to start thinking about Eurovision 2020.

What do you think? How should Greece choose its entry for Eurovision 2020? Who would you like to see represent Greece in the Netherlands? Tell us your thoughts below! 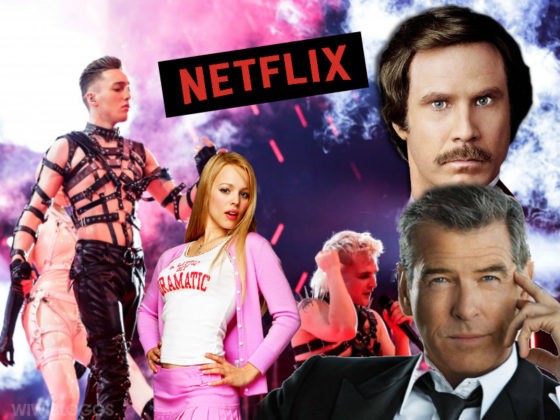 The greek singer this year sounded like she had swallowed a frog.

If I was the head of the project in ert i would go for a 10 months talent show/national final starting in june and ending in march, starting with an international song writing camp, inviting people all over europe submit up to 2 songs through an internet page and then call greek nationals all over europe and greece to send up to 2 covers of their song genre choice through an internet page these 2 would last for about 4 months from june to september ( 2 for the submitting of the songs and the covers and the next 2… Read more »

Vangelis Kakouriotis? NOOO!!! If we were to send a male singer next year, I would LOVE for my country to send Ian Stratis. He has a LOT of potential.

I would prefer Kostas Martakis.

Well why you do not want Eleni Foureira to compete for Greece? I know that ERT the previous years was ignoring her but we, her fans didn’t, I still want her to represent Greece but I wouldn’t mind if the would do something with another artist! In both articles, they say that ERT opts for a really big name in Greece and Cyprus!

Greece’s problem for the past two years hasn’t been their song, it’s been the staging and the live performance that’s let them down.

“Oniro Mou” is a lovely song but it needed atmospheric staging to lift it and make it more accessible to a wide audience – instead they just sent Yianna out by herself with an unexplained blue arm and a fairly lacklustre performance that didn’t tap into the song’s emotion. “Better Love” had the opposite problem – a very strong contemporary song that didn’t need much staging, but they completely overdid it and had too many distracting props.

Excellent analysis. But I would add that I feel ERT just kind of gave up as soon as Eleni was confirmed for Cyprus. They sort of realized that she would pull most of the diaspora points and get major songwriters involved and so decided not to invest further to the misfortune of poor Yianna.

Better Love was the lighthouse of 2019 except with a strong live vocal.

i swear this type of selection is the most useless one, ain’t nobody want to watch a two hour show with an artist presenting three songs. the demy song selection was a boring low budget mess so ert needs to save their (few) coins for promo and stuff

oh believe me, the old national selections with one artists where so extravagant. in 2005 selection, alcazar where the interval act and i am not joking

Just a little piece of information for your future use…one of the other two girls who sang in MAD VMA with Stefania, (the blonde one) is Ilenia Williams, daughter of Robert Williams (“mathema solfege”, Greece 1977), a journalist at MAD channel who decided to get involved with music and Demetris Kontopoulos co-wrote her first song https://www.youtube.com/channel/UCVw-Mw42RF-K0imFDpFQSuQ

After a quick review of the Greek (and Cypriot) entries in the last two decades and their results, I would advise not to go for a Fuego-style song next year, but rather follow the path they started with Better Love (probably the most underrated song in the last esc) and opt for something more unique, both singer and song selected internally (whenever there was a choice of three, it was basically one good + two meh and everybody in the nf seemed to be prioritising the same song). As for the style, I would personally go for something like “Watch… Read more »

Well the last time they did this kind of selection they ended up in 19th…but I would blame that on Demy’s voice being weak and the lacklustre production and overall dated composition of the songs. I think if you want to have this format produce a genuinely competitive song you should make the singer the only constant figure between the song- make it a competition between songwriters- which could have both a major star involved as the singer and overall visionary for the project, and up and coming local talent collaborating with and or competing against international songwriters making the… Read more »

Better Love is a great song, but the staging was so messy, and the sound was different to the studio cut.
Better luck in 2020 I guess.

Eager waiting for that particular summer bop we can twerk our asses to!

Well, it’s the off-season. There isn’t a lot of news going around – a lot of countries haven’t even confirmed their participation yet. Some countries seem to generate more buzz than others! 😀

Just like some countries that tried to copy Fuego this year and guess what, out of all of them only one guy achieved to reach the Top 10.

So it’s probably a girl singing a modern song with middle eastern elements that will benefit next year lol.

Yikes. Mahmood’s merits as an artist are unique to him and Soldi in the hands of a less talented artist would have come off as whiny and juvenile.

This does happen with Mans (2016 scandipops) and Salvador (2018 language boom). That didn’t exactly happen with either Jamala or Netta, but with Dami (2017 with its ballad games) and Eleni (2019 summer bops collection). Azaad has a point here.

I think Jamala and Netta didn’t have rip offs because of how unique they were- it’s a lot easier to replicate the other winners of the decade. And I would argue that Origo in 2017 has a lot of thematic similarities (a song about systemic discrimination with musical and lyrical elements of a minority culture-Tatar and Romani) to 1944 even if they didn’t sound that much alike.

I love you Greece, but you definitely have to step up your game.

I would like to see a man for Greece and tbh and I wouldn’t mind seeing Vangelis flying the greek flag next year.

Vaggelis or Eleni are coming and i am ready for that, the new government takes the eurovision more seriously than the previous one who was snobby at anything pop and commercial

Would be weird seeing a man perform for Greece after so long.

In my head, I’m seeing ERT would go for a smaller somgwriter, someone in the level of Katerine Duska, and give them three songs. One or two can be co-penned by the performer, while the other/s can be pre-written by submission.

But, for goodness sake, I wish this won’t be an opportunity to insert a Symphonix song.

no chance of this happening, they would send someone more established

Tbh this year, they had good songs and placements with Azerbaijan and Malta finishing 8th and 14th respectively.

Not that their work wasn’t good, it surely has positive remarks. However, since Greek people are utmost critics of their entry, sending something by Symphonix would be like a big middle finger against them. It would be a rather desperate move as if there’s no other Greek producers that they can invest in.

!!! like imagine the outrage if greeks found out their entry was written by none other than a bulgarian skskjddj i just need symphonix to take a break, their sound is stuck in 2016 n they think it’s modern but it’s really streaming POISON.

I want a national selection with Eleni Foureira for 2020 with four or five songs. And Greece will comeback!!