When it comes to Eurovision, the quality of the voice and the song are essential. But we don’t just judge performances by our ears — we also use our eyes. From over-the-top fireworks displays that have us dialling 999 to LEDs that give us a sense of wonder and depth, Eurovision staging takes audio-visual to another level.

This year’s staging was no different. Greece’s Katerine Duska brought spring-time symbolism as flowers literally bloomed to represent new beginnings. Sergey served several clones of himself thanks to a genius mirror-effect, and Spain’s Miki brought an entire two-story house.

But in the end one artist left the biggest impression with the innovative use of Tel Aviv’s EXPO Arena. After counting your votes, we can now reveal that Australia’s Kate-Miller Heidke has won the Vision Music Award 2019 for Most Memorable Staging.

Back in February, when Kate-Miller Heidke literally ascended into zero-gravity during her national final performance on the Gold Coast, we were unsure of whether she could match her extravagant staging in Tel Aviv. But yas kween she most certainly did.

Not many Eurovision stars need to be wheeled onto the stage, but a whole ensemble was ready to transport Kate onstage during a short interval as she balanced on 30 foot stilts. But these staggering heights weren’t enough, as Kate and her backing singers flew across the stage, all whilst delivering a pitch-perfect performance. Yep, we’re still speechless.

Kate joins an esteemed list of previous VMA winners for best staging. It includes Dihahj from 2017, Sergey Lazarev from 2016, Loïc Nottet from 2015, Donatan & Cleo from 2014 and Cezar Ouatu from 2013. Wonder how this would look on Lisbon stage, without the ability to show this huge galaxy in the background. Would the Australian broadcaster have to bring a 432 square meters screen with them?

Although I didn’t like the song, it had to win the staging award. Don’t think anyone was even trying to the same level! 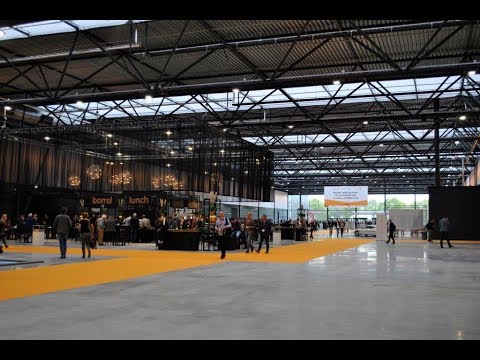 The remaining nominees were terrible. Who won in 2018?

Maybe there’s no VMA, but would say the race is tight. I personally choose DoReDos.

Kate did have one of the best staging in ESC history. Very worthy winner. Also agree with Iceland.
However like Deban, I felt like different acts should have been shortlisted, like Azerbaijan, France and to some extent Malta, Denmark and Switzerland.

Landslide, and possibly the best staging ever!

Kate deserved it! I still wonder how she managed to sing so well while defying gravity.

but…Spain 3rd?? the only thing memorable was the random wicker man on the stage.

Where is Portugal? Where is Austria? Where is North Macedonia? All those seemed more fitting to this category than Spain.

The easiest choice on these awards. Australia took which was a great idea but with the wrong aesthetics from their nation final and refined its execution in every single aspect to Eurovision. Plus, Kate was very brave to accept this challenge and gave a flawless performance. Kudos also to Iceland, great job on adapting the provocative BDSM-anti-capitalist-world to a broader audience.

Kate’s staging was indeed memorable. Maybe the colours were a bit too bright and shiny, something a little more “natural” might have worked even better with the theme of the song.

It doesn’t at all surprise me that she won this award… It certainly is one of the most epic Eurovision performances of all time, which will be remembered for years to come! But the staging would not have been as impressive if it were not for her killer vocals… She not only deserved to be nominated for the ‘best live vocals’ award, but also win that award too by a country mile!

Kate’s performance was my only wow-moment in this year’s Eurovision, actually. That out-of-this-world-performance should have won. You could tell she had to rehearse it so much until she was able to get everything right but she still came across fresh and awesome. I don’t even know what the other four are doing in that category with her, especially Greece, which was a hot mess from start to finish. Spain, Russia and Iceland were fine, though.

Again, a deserved winner. Suberb staging concept tied in with amazing visuals and you’ve got yourself a staging which will be featured in many “Eurovision highlights” clips in future years.

She was on the tv here in Australia the other night and has admitted that she has never seen the full Eurovision final performance .

How could that be possible? I think she meant she didn’t watch the whole show, right?

Perfectly possible. She was of course part of the performance but what she meant was that she hadn’t watched the televised performance like the viewers at home.

Btw, Off-Topic: Liechtenstein confirmed that they won’t debut next year and Monaco won’t return either.

So it’s so far: Andorra, Bosnia, Luxembourg, Monaco, Slovakia, won’t return and Liechtenstein, Kosovo won’t debut
I have only hopes for: ‘Kazakhstan will debut’ as it’s probably going to be: ‘Bulgaria and Turkey won’t return’.

Last time I heard news about Bulgaria, it was something about how their broadcaster is completely bankrupt. It doesn’t look good for them to return soon, they didn’t even said a thing about their possible Junior Eurovision participation.

TRT reported that Turkey won’t return to Eurovision 2020. They said they want to be a part of less political contests.

Is that a new announcement or is it based on what they said before? Because i can’t find anything new.

I am Turkish and I found this information in a Turkish Instagram account recently so I guess it is new.

No, that’s not been confirmed yet. The EBU said that they don’t have any news regarding TRT’s participation.

Huge respects to Kate and the Australian delegation who smashed all those who said that she was just a cheap copy of ‘La Forza’ and that she didn’t deserve to win the National Selection. She proved everyone wrong and became one of the strong contenders to win the contest. Guess what? She won the Semi Final deservingly, but ended up only 9th in the final which is a disrespect for such an amazing, mind blowing staging. Both Kate and the Australian delegation introduced a new era of the stagings and I’m sure that there will be a lot of other… Read more »

Omg, where is Malta?!

Looking for their televotes in boxes and oceans.

…that is unbeatable. Over 50% of the votes went into Kate’s loot bag.