It might be the Eurovision off-season, but Romania brought plenty of song contest glamour with the 2019 edition of the Golden Stag contest. The overall winner was Italian singer Eliza G, but familiar faces from recent national finals also took home honours.

Earlier this year, Eliza G competed on The Voice of Italy, where she was eliminated just before the grand final. But she went on to slay in Romania, taking home the coveted Great Golden Stag trophy last night. Eliza made her mark with her song “Altro che favole” and a cover of Feli’s “Creioane colorate”.

The first runner-up was Austria’s Sara de Blue. Sara is perhaps best known as being one of the acts in San Marino’s 2018 national final 1IN360. Sara competed in Romania with her 1IN360 runner-up song “Out of the Twilight”. She especially impressed the Golden Stag jury, making her the first runner-up.

The second runner-up was the flamboyant Latvian singer Ralfs Eilands. He may be familiar to Eurovision fans as one of the lively performers of PeR, who placed last in their semi-final at Eurovision 2013 with “Here We Go”.

The competing acts performed a song of their own choice and also interpreted a Romanian song from a list of 25 modern classics. Among the list of Romanian songs was Voltaj’s 2015 Eurovision entry “De la capăt”, as well as tracks from Romanian stars such as Feli, Dan Bittman and M I H A I.

The return of the Golden Stag

What do you think? Would you like any of the Golden Stag stars to represent their country at Eurovision? Tell us your thoughts below! 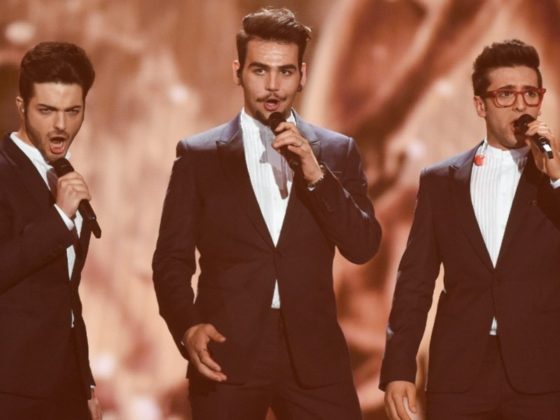 In the 1997 edition Christina Aguilera, only 16 years old at that time, competed for the prize in the Golden Stag Contest. She did not get the audience or the jury’s attention.

So nice article, thank you, I enjoyed Golden Stag, just one thing to say : just like Eurovision itself, G.Stag was inspired by Sanremo. It seems that everything in European music comes from Sanremo. Happy that Italy won, deserving winner, just like Albania last year.

Yes, she was perfect. Real, talented musicians, learn easily lyrics in a foreign language. I guess this is the point of this challenge, not…let’s have fun hearing them speak Romanian.