After weeks of speculation about the future of its popular national selection format, LTV officially announced on Thursday that Supernova will return for a sixth edition in 2020.

The submission window opens today, 10 October. The deadline for entries is in just over one month’s time on 20 November.

The Latvian song for Rotterdam will be chosen on Saturday 8 February 2020. No further information has been provided regarding the series, which raises the possibility that the number of episodes could be slashed down to just one one-shot final.

The 2020 rules allow for foreign participants to take part as a producer or member of a band. However, they can’t take a lead singer role.

“We didn’t know for a long time what destiny is awaited for Supernova’s sixth season. By the end of August, the interest in the competition and application procedure had been greater than that previous seasons, so we expect more quality applications. At the moment we still can’t  officially reveal how the finalists will be selected, but we know for sure that the final of the competition will be live February 8”, says contest producer Ilze Jansone.

In 2019, Latvia participated in Eurovision 2019 with “Last Night” performed by Carousel, the winners of Supernova five. They finished 15th in the second semi-final with 50 points, bringing the Baltic country’s current streak of non-qualifications to three.

Who would you love to see in the next series of Supernova? Is this finally Markus Riva’s year? Maybe Samanta Tina has a chance? Let us know in the comments below. 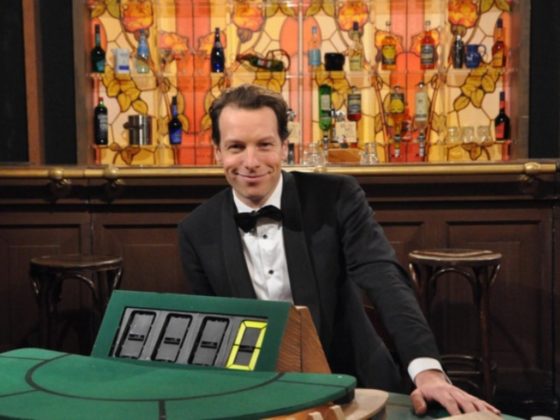 very bland selection, in terms of average qualify of the songs,
and when they have something interesting they just send another whatever non-qualifier act instead

It’s sad how in 2015-17 it was one of the most loved national finals, yet it’s fallen to this level where nobody cares about it anymore

Where the hell are those big Latvian artists? Nobody wants to do it? Is it that difficult to have an internal selection to find an suitable artist for them?

Why are they still doing this?! They should’ve just done an internal selection instead!

They are doing this because it’s a platform for young artists to break out and gain some audience, as well as it gives job for a lot of people in television/media

I am not from Poland
Reply to  Josh

Supernova is not just to choose Eurovision entry, it is also a platform for new artists to break out on Latvian stage. For example, after participating in Supernova, Sudden Lights got invited as a warm up act for Brainstorm and gained recognition and from nobody they become popular band in Latvia. It also develops technology use in Latvian television, as there are not a lot of events like this hosted by LTV. ESC fans seem to be very narrow minded and do not realize that, even if it is a national selection for Eurovision, it is not just about Eurovision.… Read more »

probably the most snubbed nf from the fandom and rightfully so.

Still sad Esamiba wasn’t picked. That and La forza in the same year would’ve been incredible.

I’m gonna be bold and say that Latvia could have won a semifinal with Esamiba, since semi 2 in 2018 was bland as hell.

Carousel participated with “That Night”, not “Last Night” 😀

Wow, is that song the most forgettable song for this year’s contest or what.

I hope they will have a list of songs for public rating soon, like in last two years. That would be fun!

The only downside of Supernova has been choosing the wrong winner. They have had strong entries.

A round of cherry absinth for everybody, please.

there are rumours that there is 44 participating countries!
So Bulgaria back + 1 who could it be?

Maybe Russia kneeled and promised the EBU to be nice with Ukraine if they let Kazakhstan in.

And please, read it as a joke.

well it’s not exactly the most reliable source but it was published on escnation, it was later deleted… 😀

true, but would they return not so sure, I’m kind of betting money on (if it’s true) a country that already said no but will return anyway(Slovakia or Luxembourg)

It would most probably be either Slovakia, Luxembourg or Turkey. Let’s hope to reach the 44 at least once.

I don’t think our Slovak broadcaster will go to ESC ( But u never know!) Maybe some artist payed for participation like Twiins did back in 2011 but i don’t think there will be 44 countries. EBU said that they hasnt got any plans to invide Kazachstan, and Andorra, Luxembourg, Turkey, Monaco and Bosna wildraw. If i don’t count Ukraine, Bulgaria still dont confirm participation! Maybe Marocco or Slovakia but i don’t think so they will come or Lichtenstain and Vatican? What about these countries ?

It might not be Bulgaria it could be +2 different countries. I really hope it’s Kazakhstan and Morocco. Slovakia would be good too

not y’all being so gullible….. it’ll be either 42 or 43 if bulgaria finds a sponsor lmfao

Finally!! Glad that they will be in Rotterdam. I really hope they can reach the final next year.

So, now, we have 39 confirmed countries (counting Russia)
Still waiting for Hungary, Moldova, Armenia, Bulgaria and a final decision from Turkey.

Turkey is out. Bulgaria 99%, too. Only Hungary, Armenia and Moldova are the only remaining countries that still need to confirm, but they are 99.99% in.

Hmm, I am not that sure, especially about Bulgaria.
Turkey won’t probably participate, but TRT has not still officially confirmed anything. It was said that the participation in the contest would be discussed in the parliament in October. However, it is not known if this counts for the 2020 edition or the upcoming ones.

If Bulgaria does not participate due to financial reasons, I will just laugh cause even countries like Moldova, San Marino, Montenegro etc manage to participate.

Nope I think Bulgaria will return, Turkey is 99% out, but there is no final say..

Russia’s head of delegation said that they will start preparations for 2020 soon, so they will be in for sure:
https://eurovoix.com/2019/10/06/russia-channel-one-to-begin-eurovision-2020-preparations-soon/