The judges’ auditions of the X Factor Malta continue, with more singers hoping to make it to the live shows and maybe even win the ticket to represent Malta in Rotterdam. The third episode saw more returning acts from series one, moving auditions, and a very unexpected song choice.

The hopefuls did their best in front of the judging panel. Music manager Howard Keith Debono, rock legend Ray Mercieca, singer-songwriter Alexandra Alden and Malta’s Eurovision queen, Ira Losco were ready to decide to would go through to Bootcamp.

Fans of the Malta Eurovision Song Contest national final may rememberJasmine Abela. She competed in 2018 with “Supernovas”, which placed eighth in the grand final. She was now back taking a chance with the X Factor. She auditioned with Daniel Caesar’s “Best Part” which showed off her rich vocals. “What a voice!”, judge Alex exclaimed. The rest of the judges agreed and sent Jasmine to Bootcamp.

Following the series one success of singer/rapper Owen Leuellen, it’s clear that the X Factor Malta is open to artists from the world of hip hop. Dwayne Camilleri auditioned with an intensely personal Maltese-language rap he’d written in honour of his deceased mother. The performance touched the judges, who sent Dwayne to Bootcamp.

Chrissy Warrington first impressed the judges with her ability to deliver perfect Australian and British accents (!!!) but the best was yet to come. She performed Sara Bareilles’s ballad “She Used To Be Mine” and then — at the prompting of judge Ray — Dolly Parton’s classic “Jolene”. The judges were impressed by her talent and gave four yeses to Bootcamp.

Ludivine O’Toole showed up to her audition looking like someone out of a ’90s girl group, and charmed the judges with her bubbly personality. But she delivered the most unexpected audition. Ludivine sang “Habanera”, the iconic aria from Bizet’s opera Carmen. “Are you sure you applied to the right show,” joked judge Ray. But despite the unconventional choice of song, the judges recognised Ludivine’s talent and sent her to Bootcamp. 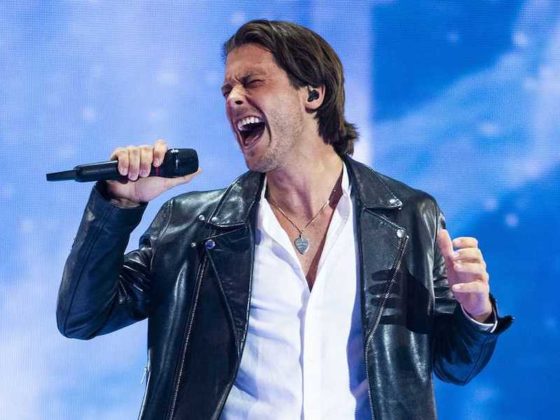 From Estonia to Sweden: Victor Crone reportedly on the lineup of Melodifestivalen 2020