N’Djamena is calling! In January Prime Minister Benjamin Netanyahu made a historic visit to Chad’s capital, renewing diplomatic relations between Israel and the African nation after a 47-year break. And now Chad is marking this new chapter in bilateral relations with Eurovision stamps that feature Israel’s most recent Eurovision winner, Netta.  .

Last week Ynet reported that Chad had unveiled four new postage stamps. Two stamps feature a picture of Netta and two feature ABBA, the winners of ESC 1974. Chadian officials made sure to send a copy of the stamp to Netanyahu’s office. Israeli officials have said that they intend to honour Chad’s renewed relations with Israel in some way too.

Chad has never broadcast the Eurovision Song Contest, and — unlike most North African nations — they aren’t EBU members. This is why Netta is a fresh face that the people of the country. The Swedes, on the other hand, appeared on a stamp issued last year. You can buy the Netta/ABBA stamp on eBay for the relatively high price of €17 a piece. You can buy the admittedly hideous ABBA stamp from 2018 here, for as low as €3.

The Maccabee Task Force — a pro-Israeli group — praised Chad for issuing the stamp. “Great to see these ties strengthen!” their tweet read. Israeli news sources also expressed delight in light of the strengthening ties. This means a lot to Israel as Chad is now the second North African nation that recognise Israel (the other being Egypt).

Great to see these ties strengthen!

What do you think of the new stamps? Will you buy them? Share your thoughts in the comments section  below! 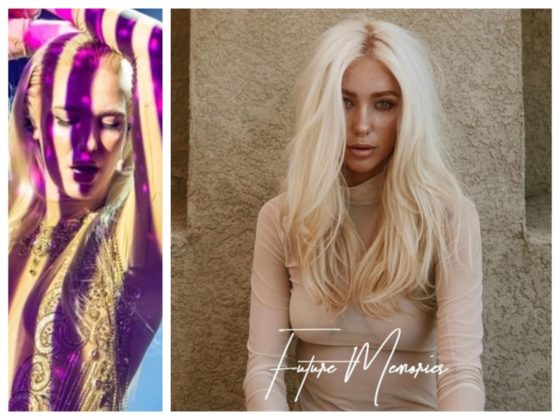 Poll: Who should host Eurovision 2020 in The Netherlands?

So, it’s Netta what they came up with when “honouring” Israel?… They didn’t anything better to come up with?…

This is a bit random ngl . Like ,Chad? Seriously. But I’m not complaining. Every country should have Eurovision stamps

Even though Chad is not a member, are they able to join?

They’re not within the European broadcasting area, so they aren’t eligible for an active EBU membership – which means they are also ineligible to participate in the ESC, as only active members can participate.
Yeah the EBU made an exception in Australia’s case, but I doubt they would do so for the seventh poorest country in the world, should Chad ever express interest in participating.