Earlier this year, fans had to wait a nail-biting 48 hours between Mahmood winning Sanremo 2019 and confirming that he would represent Italy in Tel Aviv. But next year there won’t be such drama. Broadcaster RAI has released the rules for Sanremo 2020, which includes a clause that requires participating acts to confirm ahead of the competition if they wish to go to Eurovision

Competing artists — and their record companies — are required to confirm their willingness to participate in Eurovision by signing a form and submit it to RAI ahead of Sanremo 2020. If the winner of the contest has not previously confirmed for Eurovision, RAI reserves the right to choose another artist using their own criteria.

The rules for Sanremo change from year to year. This time, the show will also not include an expert jury and televoters won’t have their say on the Big Artists until the final night.

Instead, voting on the first two nights will be done by the demoscopic jury alone — a demographically selected people’s jury. The third night introduces a new type of jury — the hard-working Sanremo orchestra and backing vocalists.

On the fourth night, voting will be done by the press jury alone. On the fifth and final night, the top three acts and the superfinal winner will be decided by a combination of demoscopic jury, press jury and televote.

And in 2020, there will only be 20 competing acts — down from the 24 on stage in 2019. Last year’s experiment — which gave the top two Sanremo Giovani acts a competing place in Sanremo has been scrapped for 2020. The six top acts from Sanremo Giovani will only have a place in the Sanremo Newcomers section, along with two acts from the Area Sanremo contest.

What do you think? Are you happy with the format of Sanremo 2020? Which acts would you like to see compete at the Ariston Theatre in February? Tell us your thoughts below! 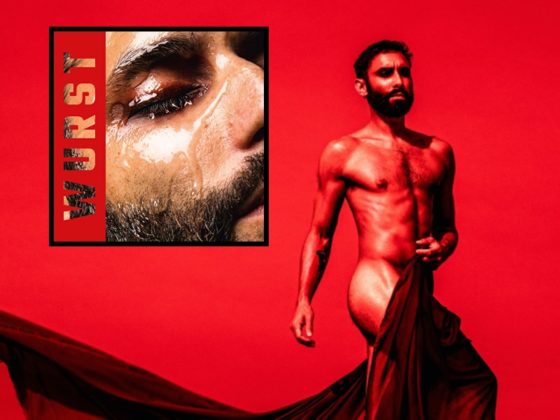 I hope so much that Italy will win this year. They are giving us year by years these high quality songs and acts and I hope 2020 is there year to take the win. Last year was very close. Hopefully those changes don’t reduce the chances of introducing artists like Mahmood to the Eurovision stage.

We’re evidently going to lose those acts who want to win San Remo but not go to Eurovision.
I wonder where those acts will go?

Who’s to blame for making only 10 acts perform their song on the first night? We’ll have to wait for the second night to hear all of the competing songs, it’s a terrible idea. Other than that, not much has changed at all. I’m kind of curious about the cover night, it’s also mostly better than the duet one which took place in 2018 and 2019, most of the songs were ruined by adding some random artist (Mahmood, my dear, I’m looking at you too, what was Gue even doing up on that stage?). For many acts it practically was… Read more »

I have no doubt they’ll keep the sketches and other unnecessary production numbers.

i still don’t get the point of the demoscopic jury, it’s literally what the televote is for

yes, I don’t understand why they have changed this successful formular…

Sad, the newcomers are usually better than the big names.

It’s not that big of a deal, we’ll still have “newcomers” partecipating every year except this one.
Just look at Sanremo 2017 (Meta and Gabbani were from Sanremo Giovani 2016), Sanremo 2019 (Ultimo came from Sanremo Giovani 2018) and so on.
I think a exception was 2018, the 2017 Giovani winner didn’t partecipate. This year Mahmood and Einar from the 2019 edition have already partecipated, so we won’t be having any younger artists, but it’ll just be 2020, next year we’ll have the Giovani winner again.

This voting system seems a bit messy. No expert jury. Televote only 34%. Idk
Also acts accumulate score night by night like previous years or how it works now?
A lot of Italians watch and vote so it is important they can have their say.
And we need to remember Sanremo is not made to choose the Italian act for Eurovision.

This just like A Dal but with 4-5 diffrent juries..xD

I’ m not happy because I think it was important to have the vote also of a “quality jury” made by composers, musicians, authors, artists… ; in february it’s thanks to this jury, whose president was the famous composer and musician Mauro Pagani, that Mahmood could win.
Next year Sanremo will lack of a vote made by experts.

Apparently Ultimo never would have went to eurovision if he won

He had sold out concerts during Esc weeks. He couldn’t.

Well, he needs to change his stage name then ?

I really want Annalisa to return. She is such a queen

‘il mondo prima di te’ was her first good song in years… the good sis has y’all fooled, her discography is mostly bad

Bilal was also queen or king and he didnt slayyy

Ah, I see some particular people complaining about the ‘Giovani upgrade’.

Lmao that would have been top 5 at least, juries would have adored it

Amen is just another of Francesco’s great songs

Francesco is #bae. He can do no wrong.

This would be good for VIDBIR too. MARUV would complain of slavery anyway.