In less than a month, one of the biggest Eurovision concerts in history will take place in Amsterdam. Het Grote Songfestivalfeest will be hosting the most Eurovision winners on the same stage in history. Now organisers have revealed the last two names who will finalise the line-up.

Het Grote Songfestivalfeest will take place on Friday, 15 December in the Ziggo Dome, Amsterdam. It will host the largest number of previous Eurovision winners ever. Participants include Charlotte Perrelli, Dana International, Katrina and the Waves and Loreen.

But there will be iconic participants of the last few years too, like Eleni Foureira, KEiiNO, Mahmood and Sergey Lazarev, as well as some former Dutch participants.

In other news, Jan Smit has withdrawn from his job as the show’s co-host . The Dutch commentator has taken a break from all work until at least the end of the year, as he is currently suffering from laryngitis. It is not yet revealed who will take over the job of co-hosting the show with Cornald Maas.

For fans who can not make it to the show next month, it will be televised on Dutch channel NPO3 on the first day of 2020.

Het Grote Songfestivalfeest could be considered a warm-up for the Dutch audience, getting them in the mood for the big event in Rotterdam next year.

Are you attending Het Grote Songfestivalfeest next month? Which participant are you most looking forward to performing on the stage? Let us know in the comments below. 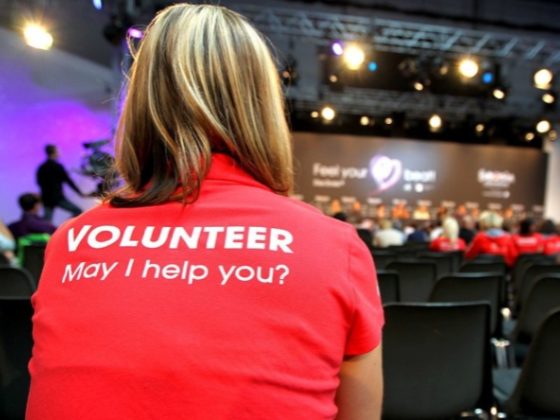 Should Eurovision 2020 volunteers be paid? Rotterdam’s Socialist Party thinks so amazing line up, also great choice choosing Keiino, Mahmood, Serhat from this year because of them being the fan favourites

hope it also gets televised around new years eve (we dutch tend to broadcast concerts at that time, when we go into the new year)

This is really an impressive line-up! Congrats! What about Duncan, though? And Serhat in the middle of these legends??? Pleeeaasse… I never saw such an overhyped “artist”.

So happy Mahmood, the author of the most streamed Eurovision song, will attend this event!

Surprised not to see Rybak there.. And also Duncan. Wasn’t Carol a supposed to be there as well?

Duncan is doing the last show of his tour that day in Oslo.
Considering that probably the main reason for this concert is his win, it would of course have made sense to pick a date in which he also could have attended.

That’s a seriously respectful line up of Eurovision performers and legends!
I wish I could be there but at least I hope I’ll be able to watch it

I have to leave the UK on the 14th but my family has stuff to do in the States so sadly I’m just barely missing the chance to go. Shame, too. What an amazing lineup! And Ell & Nikki are there too!

Serhat… wtf. I know everyone loves him and I have to admit that this man is so nice and lovely but it doesn’t make sense to see him with the others 😐 Still I wish him a great time.

The man is a legend. If we’re talking Eurovision icons of the last five years or so, Serhat is definitely in the conversation.

He ain’t a legend, he’s a joke -there’s a difference. Not everyone who is noticed is a legend.