In three days, we’ll know the confirmed lineup for Melodifestivalen 2020, but before that the rumoured acts keep coming. This time, Swedish newspaper Aftonbladet is reporting that R&B singer Mohombi, Idol singer William Strid and reality TV star Klara Hammarström will compete at Melfest in February.

Internationally successful R&B singer Mohombi made his solo Melodifestivalen debut earlier this year. His song “Hello” qualified direkt till final where it finished in fifth place.

Mohombi first performed at Melodifestivalen in 2005 as part of Group Avalon. Their French- and English-language song “Big Up” didn’t make it out of the semi-finals. Mohombi went on to establish a career as a solo artist, with international hits like “Bumpy Ride” and “Dirty Situation”.

Aftonbladet‘s source says that Mohombi is one of the stronger acts and it has been important for him to find the right song.

William Strid came to fame on the 2018 edition of Swedish Idol where he placed fifth. During his time on the show, he dueted with Mello star Wiktoria, singing the Sam Smith ballad “Stay With Me”. He will be making his Melfest debut in February.

Klara is best known for starring in the Swedish reality series Familjen Hammarström (The Hammarströn Family). The show follows Klara, her twin sister Selma and brother Ingemar, as well as her seven other siblings and their parents. The family is heavily involved in equestrian events.

But there’s more to Klara than just horses and reality TV. She can sing! Earlier this year Klara released her debut single “Break Up Song”, followed by “You Should Know Me Better”. She’s even recently combined her two interests with the horsey-themed seasonal song “Riding Home for Christmas”.

The confirmed lineup of Melodifestivalen 2020 will be officially announced this Tuesday, 26 November at 12:00 CET. SVT will live-stream the announcement event on its Instagram account.

What do you think? Who else would you like to see on the Melodifestivalen 2020 lineup? Tell us your thoughts below! 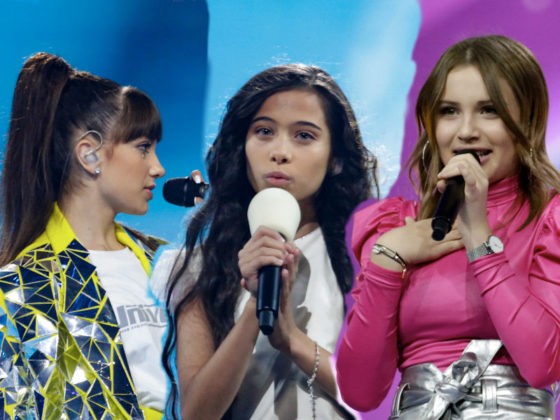 Junior Eurovision 2019: Your country-by-country guide to the final

It’s the time that even I am getting annoyed by the “Sweden/Mello is so generic”-comments under every article. And no I am not from Sweden and I am not another user in here 😉
Look, there are names for gospel, rap, mystical pop, metal. DJs. Returning winners. Young newcomers. I am really pleased by this variety! 🙂

Looking forward Klara’s entry. Love her voice and You should… is a great song!!! 🙂

Wiliam Strid? I hope he took some more singing lessons.

Im so annoyed with the “fans” in here. The “generic” sound as you call it. Tts called modern pop music in the western world. Should we send a 80s sound like Serhat? or a 50s sound like Salvador to make you all happy? You seem to love dated songs and hate modern sound anyway.

it was my favourtite that year. i see what you are saying. We have 28 songs so its enough if half are different. We only send one winner anyway

It says a lot when the act that im most excited about out of these 3 is the one I dont know about, Klara. They didnt even pick the best William from Idol 2018 and Mohombi is one of the more boring returnees..

I’m actually pleased with all these 3, at least they are not joke acts.

Oof, that William Strid video is rough. Reminds me of one of the Stay With Me Shreds video (which is hilarious): https://youtu.be/VJ-SHtOc-Xs

Hoping for a year of great quality. Melfest is getting worse in quality as the years go by; 2014,2015,2016 were great, 2017 was good, 2018 and 2019 had just a few standout acts. Oh and before some Swedish user replies to me, who always answers in comments that have something negative about Melfest, I will watch it normally this year, because I enjoy it, but I’m entitled to not liking things in it. It’s called constructive criticism.

Dont have a big expectations, enjoy all show

William Strid? Really??
Of all the People they can chose from Swedish Idol; it ends up with William Strid? In the video where he sings with Wiktoria, it really sounds AWFUL…comon

they run out of talent clearly. Lets hope they will choose something original as a surprise

Beacause I want to watch melfest again, like in the past when it had VARIETY…. Now it’s just generic

I think people have just a big expectations….. (still think it will be good Melo like always