As Eurovision season heats up, more and more information is coming out about Lithuania’s Eurovizijos Atranka 2020. And today we learned who the hosts will be and when the first show will be air.

The national selection will be presented by familiar faces — last year’s hosts Gabrielė Martirosian and Giedrius Masalskis. Joining them will be Eurovision singer Ieva Zasimauskaitė.

There were rumors swirling for a while about her trying her luck again in the competition after winning it in 2018, but this time she will tackle a different role. Ieva will talk with singers in the green room and help them to learn how best to present themselves to the Lithuanian audience.

Ieva says that if she had not agreed to host, then she would certainly have participated in the Eurovizijos Atranka herself.

This year, jury members will not comment on each song and participant — they will share general comments during the show instead. The main focus will be on the performances of the singers themselves, according to LRT in their news article.

More than 60 songs have been received, of which 36 have been selected to compete in the Eurovizijos Atranka 2020. The audience will hear them over six shows every Saturday at 20:00 CET. The final will be held on 15 February. On that night we will find out who is going to represent Lithuania in Eurovision.

The first heat of Eurovizijos Atranka 2020 will air on January 11th. But as always the shows should be pre-filmed until the semi finals when things start airing live. In all likelihood, many of of the songs won’t won’t be released until after the heats. But some artists have already confirmed their participation and you can read about them here.

On December 23, during a Facebook livestream from broadcaster LRT, Ieva talked about her first time hosting a TV show, her new music and her personal life.

She recently released her new song “Praėjo”. With this song Ieva kept her promise to her grandfather who passed away. She‘s pledged to create a song for him and now is finally the right time to release this song as she begins to come to terms with the loss.

The deep emotion of the song may be influenced by the struggles she is having with her husband. Back in 2018, all the world got to see Ieva’s husband in her performance on the Eurovision stage. They showed their true love through the song “When We’re Old”.

Unfortunately, the couple are currently living separately, but have not yet begun a formal divorce process. “We are still in the process of clarifying our relationship, there is stagnation. In fact, I don’t know what’s going on,” she said. We wish them the best of luck.

Will you be tuning in to watch Eurovizijos Atranka 2020? Are you excited to see Ieva Zasimauskaitė trying a new role as host? Let us know in the comments below. 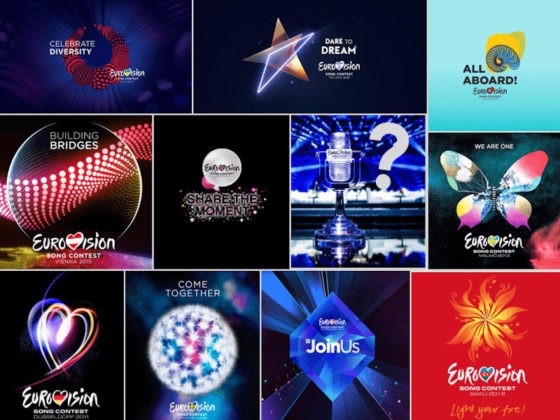 Twelve polls of Christmas: What is your favourite Eurovision theme music of the 2010s?