Every year the responsible host broadcaster puts a lot of thought into the contest motto. But who came up with the most innovative concept? From “Share the Moment” to “Dare to Dream”, there is a lot to choose from.

Take a look at all slogans from 2010 onwards and vote for your favourites in our poll. You can vote for as many slogans as you like, but you can only vote once — so make it count!

The 2010 contest in Norway’s capital Oslo took place under the slogan “Share the Moment”. And from Lena’s groundbreaking victory to the Madcon flashmob to stage invasion during Spain’s performances — lots of moments were shared on the Oslo Eurovision stage.

Following Germany’s victory in Norway, the contest was organised under the slogan “Feel your heart beat!”. The stage was of enormous proportions and was sonically supported by a heartbeat that created suspense and excitement. Juries and voters felt their hearts beat the most for Azerbaijan’s Ell and Nikki, who took the contest to Baku.

“Light your fire!” is a slogan perfectly matching the host nation Azerbaijan, often called the “land of fire”. The theme matched the orange and yellow colour scheme, creating a fitting visual concept. And even though Loreen’s performance was dark and snowy, she took the field by storm and brought the contest back to Sweden.

Supported with an anthem from none other than Avicii, 2013’s contest in Malmö took place under the slogan “We Are One”. The butterfly represented something small that turns into a beautiful and powerful element, taking on the well-known butterfly effect. And of course, the message of the slogan is all about unity while taking into account the diversity of all participating nations. 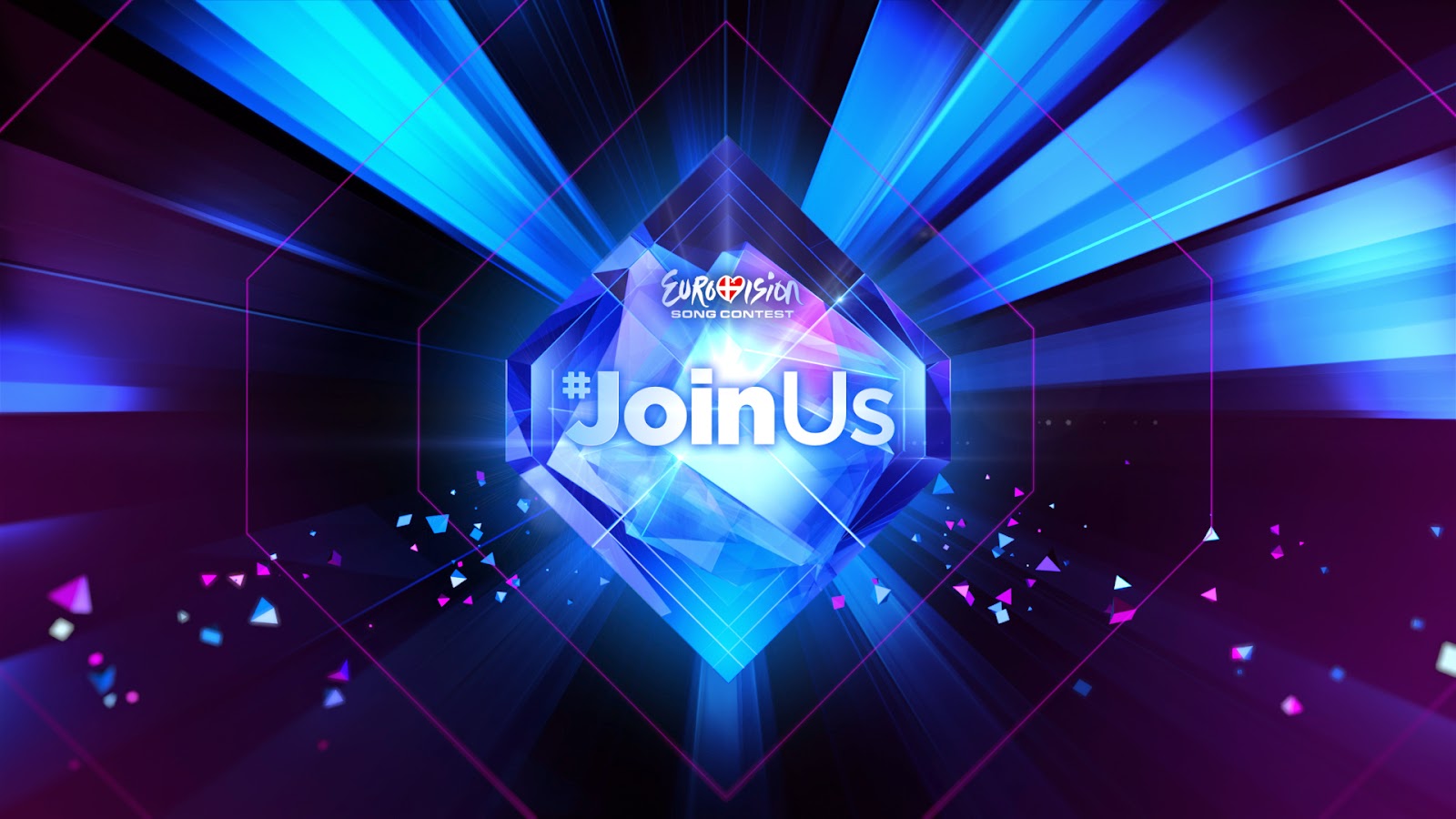 The “#joinus” slogan for 2014’s contest in Copenhagen is featured right at the centre that year’s logo. The diamond shape was also recreated through the stage inside the B&W Hallerne. Countries from all over Europe once again joined the contest, including a very special interval performance from Australia’s Jessica Mauboy. 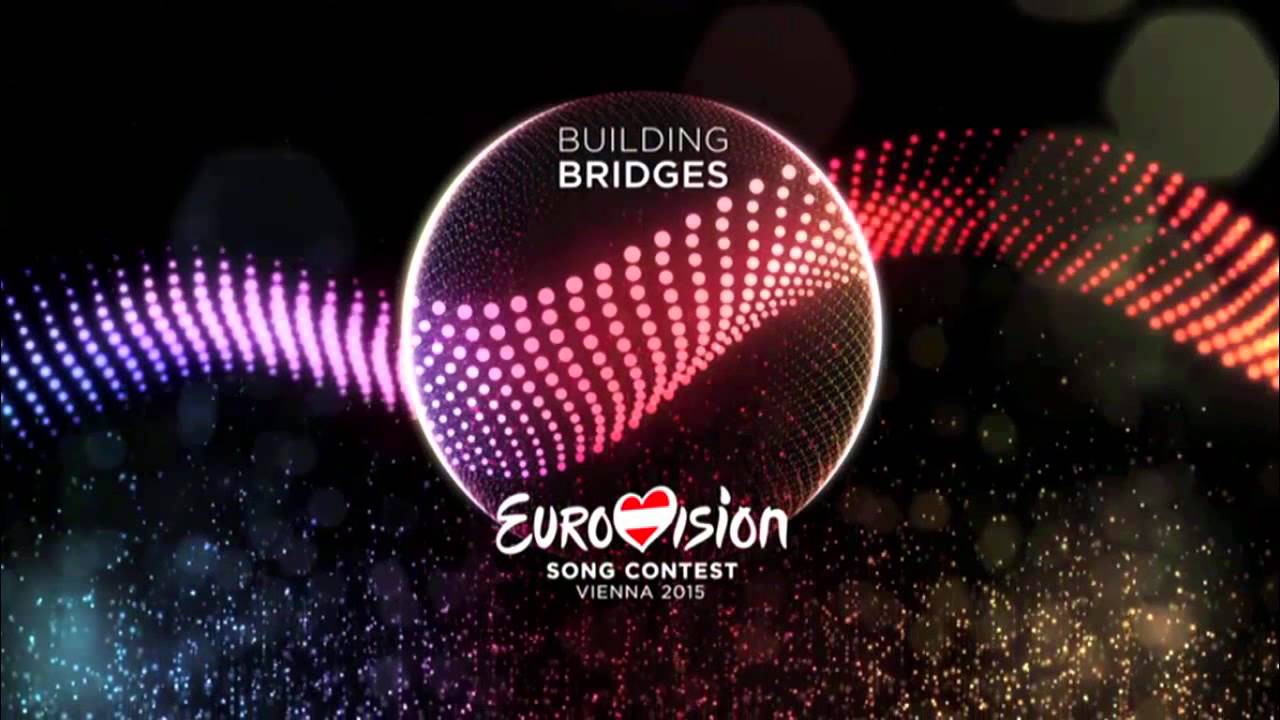 Eurovision 2015 in Vienna was special for the entire Eurovision family as it marked the contest’s 60th anniversary. “Building Bridges” referred to both musical and cultural ways of building bridges to different cultures and people all over Europe — and even beyond, as Australia made its competitive debut at the contest. The dandelion in the 2016 logo, is made up of many different elements while also showcasing strength, power and unity. “Come Together” was the slogan for 2016’s contest in Stockholm. And from memorable interval performances to Jamala winning for Ukraine, it also included a guest appearance from the US superstar Justin Timberlake. “Celebrate Diversity” sums up everything that Eurovision is about: An opportunity for people of different countries and backgrounds to unite and celebrate across three shows filled with music. The 2017 contest in Kyiv was all about celebrating the common spirit as well as our unique elements. The main emblem of 2018’s slogan “All Aboard!” is a seashell. This resonates with the maritime roots of host city Lisbon. as well as Eurovision’s fundamental values. And in keeping with the slogan, the 2018 contest welcomed aboard a record-equaling 43 countries.

The 2019 slogan was “Dare to Dream”. The logo, made up of layering triangles, resembled a star. Unsurprisingly, the idea was to show that the “future stars of Tel Aviv” are coming together for Israel third hosting of the contest.

Poll: What is your favourite Eurovision slogan of the 2010s? Twelve polls of Christmas: Who is your favourite last place Eurovision finalist of the 2010s?

By far “Share the Moment” was the best slogan of the decade. It was simple and effective and really was worked in to the whole of the show. The fact that it’s last in this poll is unbelievable. The others are to contrived and tries to hard and has no real genuinity to them. People are so focused on stage and LED screens that they judge all of ESC 2010 as the worst one, while 2010 had the best slogan, the best interval act and some of the best presenters of the decade. I agree that stage was boring, but… Read more »

I agree that 2010 is underrated. Norway did a great job with a more focused show after the big mess in Russia the year before. I also loved how the idea of slogan Share the Moment was used within the show and the interval act.

Let’s see. In terms of how it was worked into the overall theme, I’d say 2010 (Share the Moment), 2011 (Feel Your Heartbeat), 2015 (Building Bridges), and 2018 (All Aboard!) work the best. Light Your Fire would be a clever tie-in to the host country if it weren’t just yet another way for Azerbaijan to overwhelmingly make the whole thing about themselves. The rest are fine. The only ones that irritate me are #JoinUs (because making your slogan a hashtag is corny) and Celebrate Diversity (because it would be a great message if the host country actually lived up to… Read more »

I think I’ll never understand how people can get irritated by 3 male hosts and then love 4 female hosts a year later.

As he said, it was irritating because the slogan and theme was about diversity.

“All Aboard!” makes sense because it’s about Portugal’s maritime heritage while also serving as an invitation to the rest of Europe to join the fun. “Celebrate Diversity” should indicate, well, diversity. You’d think they would bear that in mind when picking the hosts. Nothing in what they did really was about diversity.

As meaning, I don’t see any difference between Celebrate Diversity and All Aboard.

Since my comment got moderated, I’ll see if I could streamlined it: Ukraine is quite diverse in itself but the color of their skin should not be a sole determinant of a country being diverse. With different ethnic groups living in Ukraine, with several languages spoken aside from Ukrainian as well as different faiths being practiced, that should more than suffice.

You’re right. I remember a monologue of Bill Maher who said that Russia is not diverse because it doesn’t have Mexicans (and he was serious about that). First, I’m sure there are Mexicans in Russia too, but you can’t compare US that has border with Mexic, with Russia. Why everybody is so US-centered?

Oh, I don’t doubt that. Ukraine is very diverse. My question is how that came through in anything they did with the show, cuz I didn’t see it.

And gender is the only thing that differ people? Every man and every woman are the same?

Alright then. Tell me: what separated the three hosts? What made each individual one stand out?

They are not holograms of the same person, in case you didn’t noticed, and the 42 countries didn’t sing the same song.

Everything that says something about unity, bringing Europe together, etc. That’s ESC main idea, right?

2017 in a way as well. It’s unity without losing the national identity.

Unrelated: I just wanted to play Ajër to a friend and noticed that all the FiK studio versions got deleted from the Albanian tv YouTube channel. Seriously, how obvious can they be? Usually, when you have a video with millions of views, you ought to be happy, but it’s like they really hate that Elvana got so much attention. Pathetic, when have to sink so low and delete your own content because it’s too popular.

Btw, 2014 was really modern to integrate a hashtag in the slogan. I wonder if we will see any of those phenomenons in the next decade…

It’s kinda upsetting that we haven’t got any Eurovision Christmas-themed songs to play around this time. I mean, there are some that have that Christmassy feeling, like “Ringe-Dinge-Ding” or “Den vilda”, but not one that directly mentions Christmas in the lyrics.
Anyways, Merry Christmas to y’all, and a Happy New Year, may ESC 2020 season be as full of good music and as free from drama as possible.

I handle it the other way round: playing some Christmas songs by Eurovision or NF artists 😀 I recommend Lisa Ajax’ “Santa Bring My Baby To Me” and “Terribly Good Xmas” 😀
Merry Christmas Skiwalko!

Thanks for the recommendations, that’s a very good approach indeed. After all, singing Christmas songs in the middle of May would be a bit like climbing Mount Everest in bathing suit. Though we cannot forget that Santa was kind enough to pay Eurovision a visit in 2007.

The award-passing is always a beautiful moment, symbolically, but can anyone honestly beat Marija Šerifovi? for best trophy-passing experience? She got it from Santa!

I don’t know, Santa creeped me out a little with his obsessive kissing and that “I will follow you till the end” line. Still, the alternative was Lordi, so maybe she was lucky to receive the trophy from Santa after all.

“I will follow you till the end” always did strike me as a bit ominous. He does see you when you’re sleeping and knows when you’re awake, after all.

“You better watch out, you better not cry…”, I swear, this stuff sound like it was taken straight out of PSA.
I mean, I wouldn’t trust anyone who’s casually playing chess with a Moomin.

Dare to light your fire.

Together, on a bridge.

‘So come together ’cause together we are one’
‘Superhero’ by Viki Gabor connects both Swedish slogans. 😉

Merry Christmas everyone! All the best to ESC fans, Wiwibloggers and artists. 🙂

All the best to you, too, angel of god. 🙂 May the both of us get plenty of favorites in the 2020 NF season!

The same for you xoxo

Jon Ola bless us, every one!

Don’t get me wrong, I do think that 2016 was one of the best editions, but what’s so special about “Come Together”?!
I do think that Sweden failed both in 2013 and 2016 in terms of an finding an original slogan.

I really like “Celebrate Diversity”, “All Aboard”, “Building Bridges” “Light your Fire”, “Feel your Heart beat”!!

“We Are One” really impressed me when I first saw it back in the day. It perfectly reflects the spirit of Eurovision itself. Merry Christmas to the Wiwibloggs team and all Wiwifans!!!