On Sunday 22 December, Festivali i Këngës 58 — Albania’s selection for Eurovision 2020 — ended in a sea of controversy when Arilena Ara beat Elvana Gjata to first place. Then, in one of the more curious twists in this ongoing saga, all FiK videos vanished from the RTSH YouTube channel, including historic clips from previous editions.

In the space of 48 hours, popular national final tracks from the likes of Eneda Tarifa, Jonida Maliqi and Lindita Halimi, along with those from the class of 2019, were all expunged from the TV network’s official channel. Soon after, the channel itself was gone.

Users searching for the content are now greeted with a message that reads either “This channel does not exist” or “This account has been terminated because we received multiple third-party claims of copyright infringement regarding material the user posted”.

Could it be that a disgruntled act or record label filed a copyright claim?

Regardless of the situation, this has proven to be a blow to both artists and fans alike.

Thankfully, many were quick to respond and reupload the now missing tracks on their own YouTube channels.

Unsurprisingly, Arilena Ara was one of the first to take action. On 25 December, her fans received a Christmas day surprise when “Shaj” reappeared on her official channel.

“#metana is now available in my YouTube channel. In response to all of you asking me why RTSH YouTube channel and my video disappeared, i have no idea…more then 4M views there, but i am sure there are millions to come 🙂 much love!”

#metana is now available in my YouTube channel. In response to all of you asking me why RTSH YouTube channel and my video disappeared, i have no idea…more then 4M views there, but i am sure there are millions to come 🙂 much love! https://t.co/i0wxXilmFQ

Early in December, “Me Tana” passed out Eneda Tarifa’s “Fairytale” music video to become the most-watched video on the broadcaster’s YouTube channel. Then it had only 1.67 million views. It had amassed over four million plays by the time it was removed.

In addition to the artists, RTSH has also begun uploading FiK 58 studio cuts and performances on a second YouTube account. Alas, fans searching for performances from previous editions of the festival will have to rely on bootleg uploads from third parties. 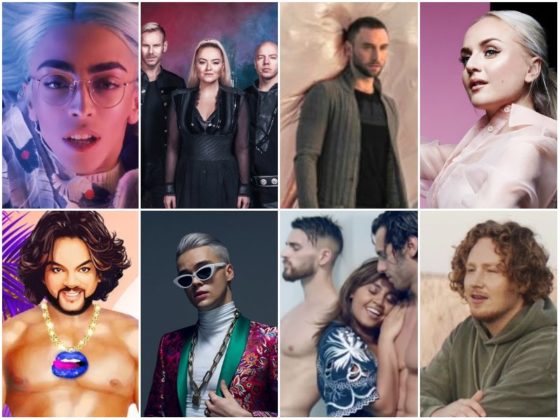 The Netherlands at Eurovision 2020: Speculation builds around Dwight Dissels…Floor Jansen and Davina Michelle rule themselves out

Somebody on another ESC forum said that RTSH claimed to remove the videos because of author claims by SUADA and Albautor, which are author rights bodies in Albania.

Vera Grabocka thinking thats the way to stop people’s comments. But its not. Still feeling sad for Albanian audience who lost the chance to support their number one artist at the moment.

The best thing that Rtsh can do is to stop making Fik at all.
Thay are just steeling people’s money.
In my opinion Kënga Magjike or Top Fest would have been the solution. Thay are both way better than Fik.

It’s a half-century old institution. I don’t think the broadcaster would wanna let that go so easily.

They are allergic to success, it seems.

they should just upload all the songs to spotify, there’s just 3 so far. idk what they’re waiting for

It could be a contract thing.