On Saturday, the third semifinal of Norway’s Melodi Grand Prix 2020 will take place. Out of all the performers, Akuvi will have the most relaxed evening. She is the third pre-qualified entry, meaning that she won’t compete for a spot in the final. However, she will perform her song “Som du er” (As you are) for the first time on stage.

The song dropped just after midnight local time on Friday 24 January. After her rehearsal, we had a chat with the rising artist, who is the only pre-qualified act singing in Norwegian.

Don’t let the upbeat, Afro-fusion song fool you: She tells us it’s a dark story about her search for true and honest people after “a painful experience of being betrayed and led into the dark by someone I tried to love.”

It will be Akuvi’s first appearance on the MGP stage. She’s excited but speaks openly about performing on the biggest stage of her career so far.

“I feel overwhelmed but at the same time, I’m very happy that I’m already being exposed to the situation now so that I can get mentally prepared.”

If she’d ever feel insecure, Akuvi could ask for advice within her own family. Her sister Anna-Lisa Kumoji performed the song “Holla” at last year’s MGP, and made it to the superfinal.

“Som du er” is the only pre-qualified song in Norwegian. She’s having second thoughts about that.

“At this point, I feel a little bit bad, because I wish that everyone could follow because this song is very honest and it comes straight from the heart.”

She summarizes the message of her song as a dark counterpart of the upbeat sound.

“It’s about me seeking true and honest people and my painful experience of being betrayed and let into the dark by someone that I tried to love.”

The song was written together with Andreas “Stone” Johansson, one head behind John Lundvik’s “Too Late For Love”. Together they created a track that has a very tight connection to Akuvi: “This contrast makes it the most honest song that I think I’ve ever written”.

Akuvi will perform “Som du er” in the third semi-final this Saturday, but only as an exhibition performance: she doesn’t have to battle for the final.  She will compete in the final on February 15th.

Do you like “Som du er”? Are you excited to see Akuvi on stage? Tell us in the comments below! 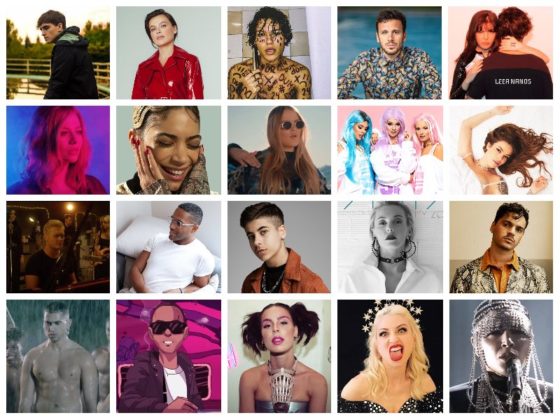 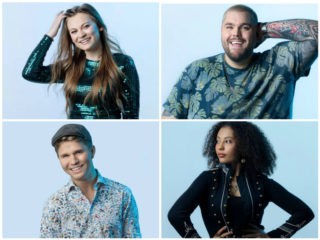 if it comes straight from the heart then they should’ve chilled with the production, like, it’s as overprocessed as it gets

I really like the rehearsal clip from the interview upload …