The announcement comes after regular host Nicki French announced she was unable to join the fun. She is on tour with the musical, Cruising Through Menopause during March; many fans will miss her famous costume-changes and jokes with co-host Paddy O’Connell.

We are so thrilled & excited to announce our dear friend the beautiful and fabulously talented @surieofficial will be our SPECIAL GUEST HOST & PERFORMER alongside @bbcpaddy @CafeDeParisLDN #LEP2020 #Eurovision #ESC2020 @Eurovision pic.twitter.com/GbX5MbaS5d

The announcement has been met with much joy among fans who purchased their tickets on Saturday.

Despite not exactly reaching the left-hand side of the scoreboard in Lisbon with her upbeat pop track “Storm”, SuRie remained a fan favourite, with her genuine love of the contest, and exquisite sense of humour.

She has made appearances since her turn at the contest at pre-parties and events. This includes London Eurovision Party last year, as well as OGAE Netherlands’ Amsterdam Calling event with an excellent rendition of “Euphoria”.

As SuRie is also performing, fans will be excited to see whether she covers an ex-Eurovision track or work from her recent album Dozen. The release is much calmer and more acoustic than the event is used to, but in an intimate setting it would be beautiful. No doubt we can expect something high-energy from her however, with her proven ability to make her covers shine.

Who is playing at LEP?

We are yet to get news on which of this year’s artists will be performing in London’s West End at the event, but the team behind the show have let us know we’ll get an announcement shortly. This includes a space on their official website with four spaces where confirmed artists will appear soon and the promise of an act a day until Friday:

Successful ticket launch complete! Well done everyone – now for some other news…. are you ready for your first 5 acts – one will be announced every day from Monday! #LEP2020 #eurovision #OpenUp #ESC2020

Last year Duncan’s appearance marked the first time The Netherlands’ had joined the party, so will we see this year’s entrant Jeangu Macrooy perform in 2020? Italy’s second-placer Mahmood also came to Café de Paris, his only pre-party stop. With an impressive line-up year after year, we could see the winner perform. In the last five parties, the winner has attended three times.

With not long to go now until we know all songs, who are you wanting to see at pre-parties this year? 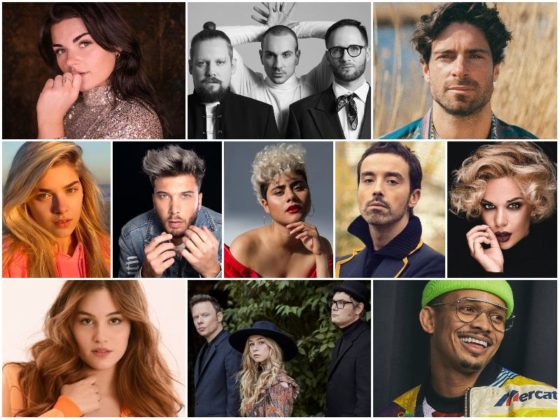 No disrespect to Surie, but her song was truly awful and fully deserved to finish well down the field. What is more interesting is when are we going to be told about our entry this year.

SuRie was a great ambassador let down by a weak song. But I did love her stripped back version which she performed 12 months later on “you decide”. I’m sure she’ll do a cracking job presenting the party. She’s a star.
BBC have released their schedules for the next fortnight, (date ending 8th March) and there’s nothing scheduled on bbc1, bbc2 or bbc4 to do with eurovision. With the deadline for entries on the 9th March, it doesn’t look like we’re getting a tv premier for our entry this year (unless it will be on the 9th?)

The song is very adaptable. Surie gave an AMAZING performance and you may well take this moment to diss a singer but I am over the moon that a host of such positivity, experience and talent is still supporting the contest and being part of this evening.

Love Surie but never could stand O’Connell, he was an abysmal commentator, woefully unfunny and downright irritating, I was so glad when he was sacked. That’s always put me of going to this.

He stayed and chatted with fans the night I attended. He’s worth ten of Scot Mills

On the subject of the UK: apparently, Katrina Leskanich has submitted a song for the internal selection. How recently it was, I don’t know, but they may or may not have found their representative(s) yet. In any case, Katrina probably sent in something good. Love Shine a Light really holds up, just an example of taking a Eurovision formula (even though, like the very best Eurovision songs, it wasn’t written with the contest in mind) and elevating it through orchestration and performance.

The scenario that the UK could send something big this year is a possibility. With the br-ex-it issue and the titles of their songs in the past three years we could definitely expect something outstanding.

Knock on all the wood

Well, it seems if Boris gets his way there will be no more BBC, so the UK are running out of chances!

See, like, we’re trying NOT to talk about that…

You may be, but I can talk about it if I choose to? I only mention it in the context of the contest, I thought that would be allowed. 🙁

The fall of the BBC would presumably open up the rise of other types of broadcasters. Only one of those has to be interested in Eurovision, and the UK would be safe. So all hope is not lost even if the BBC falls.

Man just let politics out of this game.

I’m kind of astounded that the IP hasn’t been blocked yet.

Joe must be a remainer. They love trying to have things blocked. 1) Brexit happening 2) Free Speech

Proper stage security for SuRie this time?. I will personally volunteer. Would’ve loved to have had a piece of mr. stage invader last time

anyone know what happened that stage invader? I know he was strong-armed off by Portuguese cops , wonder what they did with him. Hope the punishment fit what he did.

I wish I lived closer to see this show live. Maybe someday soon I’ll make it to one of the pre-parties.