Eurovision 2020 is just a few months away and our Spotify playlist is slowly filling up. In our weekly update, we’ll once again keep track of how the competing Eurovision songs are performing. With our latest streaming update, Germany’s Ben Dolic and Iceland’s Daði & Gagnamagnið make strong debuts on the list.

With the March submission deadline still a few weeks away, most countries are yet to reveal or even select their entries. However, there’s more to come this month with several national finals as well as internal selections.

As of Sunday 1 March, Italy’s Diodato is ahead of both Norway’s Ulrikke and Spain’s Blas Cantó in third position. Rounding out the top five are Lithuania and Australia.

Furthermore, out of the debuting entries, Iceland’s Daði & Gagnamagnið make the highest debut ahead of Germany’s Ben Dolic and United Kingdom’s James Newman. And just behind, Poland, Estonia, Belarus and Moldova also make their debut on this week’s list.

Besides, the entries from Albania, Slovenia and Croatia are yet to be released on the platform.

On the weekly chart, Italy is ahead of the pack by some distance. Norway’s Ulrikke remains in second position. Notably, Belgium and Ukraine both debut in the top ten most-streamed songs of the past week. Czech Republic’s Benny Cristo is one of the very few acts that received more streams this week compared to the previous one.

Notably, Spotify’s consumption rate differs among the competing countries. While it’s particularly big in the northern and western countries, Spotify is yet to be available in some Balkan and Eastern European countries. Nevertheless, it might suggest which songs are currently receiving lots of streams and gains in popularity. At this very early stage, it’s fair to assume that most of these streams are from the domestic audience. Eventually, as the hype train builds on the road to Eurovision, however, music will definitely be streaming across borders. 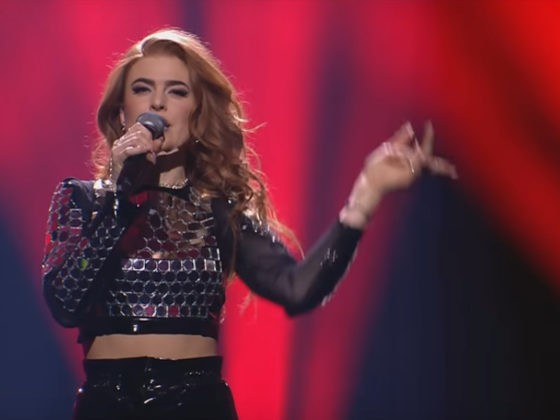