After two years of non-qualification, Romania — once a stalwart of the Eurovision grand final – switched things up for 2020. Rather than staging a national final with several singers, Romania’s TVR opted to choose its act internally. The honour went to 20-year-old Roxen — one of the hottest names in the Romanian music industry. During a national song selection show, the up-and-coming star performed five numbers, with “Alcohol You” coming out on top. Both televoters and the jury were impressed with the melancholic song and its dark, moody staging.

It seems the new format worked rather well for Romania. After Roxen and her songs were announced, the country shot up the betting odds. At the time Eurovision 2020 was cancelled, Romania was sitting comfortably in the Top 5 favourites to win, suggesting that their days of non-qualification were well and truly over. The young starlet had big expectations on her shoulders, but seemed to be handling it all rather well. As she said: “‘Alcohol You’ is a song that I feel with all my being and I live it every time I sing it. Its style represents me and I am very pleased that both the public and the jury liked it and voted for it.”

Scroll down for the “Alcohol You” lyrics

Romania in Eurovision 2020: Roxen “Alcohol You”

Roxen — real name Larisa Roxana Giurgiu — has had a passion for music since childhood. She took singing and piano lessons from the age of seven and went on to win several music competitions. In 2019 she rose to fame by featuring on Stickoboy’s song “You Don’t Love Me”, which hit No. 3 on the Romanian airplay chart and was picked up by radios worldwide. Later that year, she released her debut solo single “Ce-ți cântă dragostea”, which reached No. 5 and has over 9 million views on YouTube.

She was internally selected to sing for Romania through a songwriting camp between the broadcaster TVR and her label Global Records. She’s currently the third most-played singer in her home country, and her music has been described as similar to Dua Lipa and Billie Eilish. She’s got star power, youth and a lot of support — a thrilling combination that will hopefully see her through to Eurovision 2021.

What do the “Alcohol You” lyrics mean?

Roxen may be young, but “Alcohol You” tackles a very mature subject matter: the stress and strain that come with a difficult breakup. From the opening bars she portrays herself as a woman in crisis. The stirring piano chords and haunting strings, which seem to cry, create a bleak picture of a woman who only sees black. As she sings: “The sun is rising ink, for me it’s hard to blink, I’m falling”.

Her Prince Charming is no longer in the picture — or if he is, he’s morphed into a baddie. But rather than walking away she’s left in mental distress, calling him when she’s had a few too many. “Why do fairytales fail, baby?” she asks. “Mumbling in the dark to save me, love you from the bottom of my… alcohol you when I’m drunk”.

Although the relationship is clearly dysfunctional — “you lied so many times” — it’s the only thing keeping her stable. It doesn’t seem that her friends are particularly surprised: “The pain’s the only thing I can’t refuse, they warned me but I think it’s only fake news”.

Thankfully she starts to sober up during the bridge. The release of those power notes read as an awakening where she finally realises it’s time to let go. After repeating that she’ll call when she’s drunk, she ends with the uplifting line: “I will call you when I’m strong.” It’s a spark of hope at the end of a very dark three minutes.

Viky Red is a Romanian singer-songwriter who also co-wrote “Storm”, which placed second in Selecția Națională 2020. Breyan Isaac is an American Grammy Award-winning songwriter and producer, who co-wrote “Beautiful Disaster” and “Colors”, also from this year’s selection.

Why do fairy tales fail, baby?
Mumbling in the dark to save me
Love you from the bottom of my…

If you’re the enemy
Then maybe I’m too weak to see it
The fire’s in my chest
But I won’t let my head believe it
If this is just a dream
Don’t wake me in between, I mean it
You lied so many times
But right between the lines, I read it

Why do fairy tales fail, baby?
Mumbling in the dark to save me
Love you from the bottom of my…

What do you think of the lyrics to Roxen’s song? Do you think it was a potential winner? Let us know below! 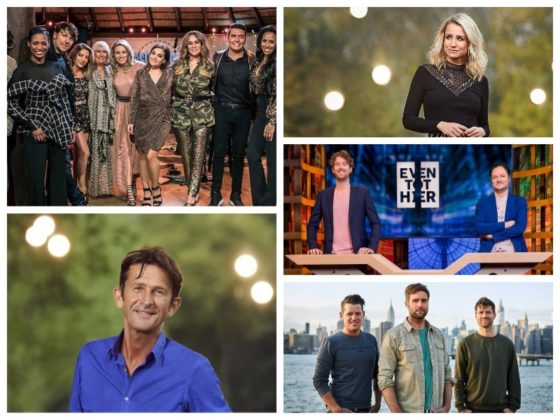 What? Who wrote this and why? As far as I have known till now, Roxen was saying in all her interviews that the song is about reconnecting to yourself, and this message was also expressed through the NF staging. But unfortunately she said that in a very abstract way, about the song in general and didn’t explain what every lyric in part means and how each line reflects this message and builds a complete and logically non-discrepant story, so I was looking forward to wiwibloggs’ article to read the detailed explanation of the lyrics (last year wiwi article helped me… Read more »

The lyrics are very beautiful, I love this song very much. It’s my favorite of this year.

Interesting. I had not taken this song to be about a break-up – did Roxen confirm that? I took it as being about someone struggling with a crippling addiction and who is taking time out to try and get herself clean?
Either way, it’s a great song with great lyrics and you’re right, the last line is amazing, a great mix of fragility and hope.

Actually, Roxen herself was saying in the interviews that the song is about reconnecting to yourself despite of all the world’s constant rush and hurry.
I have no idea from where the author of this article got all this information. Was Roxen even asked? If yes, did she changed her official position regarding the song? If not, then why to write such an aberrant article in the first place?

Winner. The best song of Eurovision 2020. One of the few where one can actually imagine an interesting story behind it.

Alchohol you when I’m drunk

Dont call when u are drunk ….I know this story 🙁

Sad times, my friend. She would have broken the screens in the contest. They played down her live voice and her stunning appearance, she would have arrest and mesmerize anyone, a professional team was behind this entry, not amateurs like before with Romania. Last year also we had a maybe a jewel, the great contender, but this year they stopped messing around. Well, I just hope something great and big will come around independently and we, fans, will be able to cast our votes somehow