The Roop were due to represent Lithuania at the Eurovision Song Contest in Rotterdam with “On Fire”.

They were selected after a soaring victory at the newly-revamped Lithuanian national final, Pabandom iš naujo. They beat several big names, including 2019 runner-up Monika Marija, as well as the Thomas G:Son penned “Unbreakbale” by Aistė Pilvelytė.

And now, we’ve compiled 10 facts about The Roop. Let’s do this!

Lithuania at Eurovision 2020: Facts about The Roop

1. The Roop are from Vilnius

The Roop formed in Lithuania’s capital Vilnius in 2014. The trio consists of Vaidotas Valiukevičius (lead singer), Robertas Baranauskas (drums) and Mantas Banišauskas (guitars). Vaidotas also plays the keyboard, while Robertas and Mantas are responsible for writing and composing the bulk of the group’s back catalogue.

2. Vaidotas is the only one who performs full-time

In their interview with William, the band reveal that Vaidotas is the only The Roop member that works full-time as a performer. Both Robertas and Mantas have regular day jobs. Within the band, Vaidotas is the band “leader”. However, they each have their own responsibilities. For instance, Robertas looks after the technical rider and transport — without him the band have no lift!

3. They tried out for Eurovision before

The Roop first attempted to represent Lithuania in 2018 with “Yes, I Do” — a mellow number compared to “On Fire”. It came third in the selection — Ieva Zasimauskaitė was the eventual winner with “When We’re Old”.

The Roop have two studio albums to their name — To Whom It May Concern (2015) and Ghosts (2017). They also released an EP called Yes, I Do to coincide with their 2018 national final participation. Speaking to our William, the trio say that they are currently working on a third album.

5. They have appeared at many major festivals

The Roop have taken part in more than just the Lithuanian selection for Eurovision. They’ve also performed in esteemed festivals in Lithuania such as Karklė, Galapagai and Granatos Live — where Eurovision 2015 winner Måns Zelmerlöw has also been a participant.

6. Vaidotas was originally a solo artist

Before The Roop, Vaidotas performed using the stage name Milano. His first single was called “Nieko nereikia daugiau” – and it was very successful on home turf. He continued under this name until 2010, when he took some time away, before returning to music with The Roop in 2014.

7. Vaidotas competed on Dancing With The Stars

Vaidotas’ excellent dance moves are less surprising when you consider he competed on Lithuania’s Dancing With The Stars – Šok su žvaigžde in 2019. He made it to the last eight, being eliminated in the seventh week. But it wasn’t because of a lack of dance skills. Vaidotas did not have the lowest score from the judges on the week he was sent home. Alas, he didn’t receive enough support from the public.

8.  If they could collaborate with anyone, it’d be Freddie Mercury

9. They scored the highest televote score ever

In the final of Pabandom iš naujo — Lithuania’s newly revamped Eurovision selection — The Roop managed to get 50,139 televotes. That’s more than double the record previously held by the 2019 winner Jurijus Veklenkothe year before — 24,694 votes. No one else in the 2020 final came close. Despite being a household name thanks to her status as an X Factor winner and The Voice coach, runner-up Moniqué could only manage a tally of 15,962.

10. Their song is about staying in your prime as you get older

Explaining the lyrics, lead singer Vaidotas says: “People in their thirties already feel untimely aged and hopeless. I believe this is not normal. I faced such thoughts myself, but I strived to change my approach to things, put more energy into my activities than I did when I was 20. With this song, I wish to send my listeners confidence and good vibes. We are all capable of being who we want when we want, and age is not important.”

Lithuania’s broadcaster LRT will not internally select The Roop in 2021. However, it hasoffered them an automatic place in the grand final of next year’s Pabandom iš naujo. The band are yet to accept this spot in the final. Speaking to wiwibloggs, they stated that they are waiting until they know they have the right song.

Could The Roop brought Lithuania it’s first win? Do you want to see them back next year? Let us know in the comments. 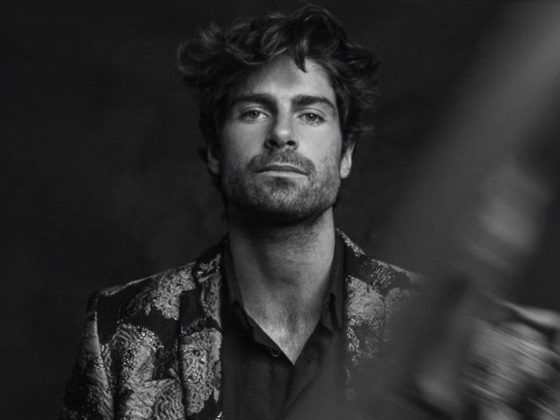 I believe the roop could have won Eurovision for Lithuania, or at least place in the top five. Either way, they would havhave Lithuania’s best ever result.