He’s the Eurovision winner who was also behind Eden Alene’s song “Feker Libi”. The song won HaShir HaBa L’Eurovizion and thus would have represented Israel at Eurovision this year. But while Eden Alene has been confirmed to represent Israel at the next Eurovision, songwriter Doron Medalie is not so confident he’s he involved.

Speaking on KAN’s radio show Eurovision 2020 – The True Results, the “Toy” songwriter said he’s not completely against a return, but not overly keen on writing a song. “I don’t think I’m going to write in any way next year… I don’t think it’s mandatory, who knows where we’ll be in a year”.

He also said that “Feker Libi” is “such a fun song, amazing and loved by a lot of people”, making it a tough act to follow.

As well as penning “Feker Libi”, Doron Medalie has also been involved with three of Israel’s past five Eurovision entries — Nadav Guedj’s “Golden Boy”, Hovi Star’s “Made of Stars” and Netta’s “Toy”. He has played a strong role in Israel’s recent Eurovision renaissance, which led to their 2018 win.

“Feker Libi” was written by Doron and acclaimed Israeli musician Idan Raichel, and was indeed well-received.

While it wasn’t a bookmaker’s hit, being at around 50/1, it cracked the top ten of the 2020 Wiwi Jury and was also among the favourites of wiwibloggs readers.

Doron himself had faith the song could make the top five of the contest, despite the long odds. He was planning on giving Eden a killer performance, comparing her with Cyprus’s Eurovision 2018 star. He explained, “this is Eleni Foureira, who was at the bottom of the betting table and didn’t get noticed by anyone until she got on stage”.

Doron is indeed known for creating eye-catching performances, such as Netta’s in 2018. He also directed the Israeli songs for 2008, 2010 and 2013. It’s a shame we won’t get to see what Feker Libi would have looked like on stage, but at least we’ll get to see Eden herself come back.

On a more positive note, another Israeli winning songwriter has toyed with the idea of writing Eden’s song next year. Zvika Pick, who helped write Dana International’s winning song “Diva” in 1998, has said “why not” to the possibility.

In additional to “Diva”, Zvika wrote Israel’s song for 2002 and Ukraine’s song for 2003. Most recently, he wrote “Sing My Song”, which was one of the songs in contention to represent Georgia in 2010. It’s been over ten years since Zvika sent a song for Eurovision, fans are excited at the possibility of a comeback.

He also said that he didn’t think “Feker Libi” was a potential winner, which suggests he may have something in a different genre planned for Eden.

As for Eden Alene herself, the 20-year-old Israeli star is hyped up! She recently appeared on the cover of lifestyle magazine LaIsha, looking very fierce. When she was confirmed for the next Eurovision, she said “Our song will be even better, even though “Feker Libi” was stunning, and we will win!”. That’s the kind of attitude we love!

So what do you think? Do you believe “Feker Libi” could have given Israel a top five result? What do you think Eden Alene will bring to Eurovision next year? Let us know below! 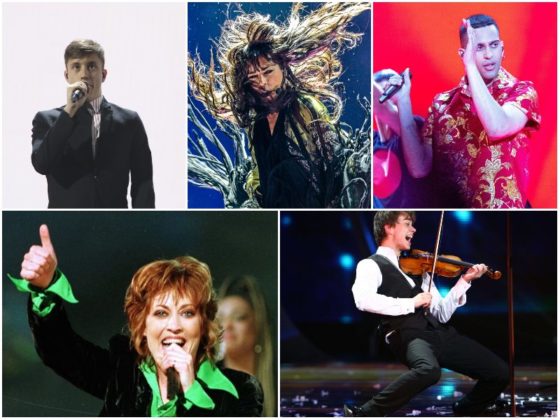 Eurovision Come Together: BBC releases shortlist of the best ever entries

If not Doron, who?

He’s a very talented hitmaker and I would love to see him writing songs for Israel (or other countries) in the future, but as we’ve seen in Eden’s song selection show, Israel has other talented hitmakers (“Rakata” and “Roots” were both better than “Feker Libi” IMHO) and I think they should be given an opportunity, and also Israelis should see they can do well with other writers beside him, it’s not healthy for a country to rely solely on one person.

better for her ! she is a great artist !

I love “Fekir Libi”, quality is there but I think it’s quite inoffensive, it would’ve ended up between 10th and 15th, I think.

Think I read the other day that Zvika Pick is Quentin Tarentino’s father-in-law!

Yeah, his daughter Daniella, who participated in the Israeli 2005 national final in a duo with her sister Sharona, Is Tarantinao’s wife and mother of his son.
Their 2005 song was pretty great in the studio version but they butchered it live and ended up 11th out of 14 songs. Their dad also participated that year and came 3rd.
https://youtu.be/5nIOa3aopA8

pffft.
ok. he’ll be back on four by January next year, mark my words. he just wants his attention.

Maybe, but after Netta won he said he wouldn’t write a song for 2019, and he stood by his word.

It is my name. How ignorant can you be?

I do not care.. She can sing any song, her talent is amazing! But the way he aggressively pushed Cesar Sampson to the side when he wanted to congratulate Netta says a lot about who he is.. F him

Not really bothered. It’s a bit of a mess to be honest. Hopefully she will be given a much better song next year.