The premiere date for Netflix’s eagerly awaited Eurovision movie is fast approaching. And while we already know that the cast list includes Hollywood A-listers Will Ferrell, Rachel McAdams, Pierce Brosnan, Dan Stevens and Demi Lovato, Eurovision Song Contest: The Story Of Fire Saga will also feature a whole host of stars from Eurovision itself.

Cameos in the Netflix Eurovision movie

While the Netflix film won’t debut on the streaming platform for another week — on Friday 26 June — some film critics have already seen advanced screenings of the movie. The Swedish website MOVIEZINE details all the Eurovision cameos its writer spied in the picture.

As revealed in the trailer, the UK’s commentator Graham Norton will make an appearance too.

The MOVIEZINE report also confirms that Melodifestivalen hitmaker Molly Sandén will provide the singing voice for Rachel McAdam’s Sigrit Ericksdottir throughout the movie. We already knew that she was responsible for the female vocals on the soundtrack’s lead single “Volcano Man”. The song has also been covered by the aforementioned Rybak, Jamala, Odobescu and Nechayeva.

Portugal’s Eurovision 2017 winner Salvador Sobral, for instance, has previously confirmed that he’ll play a street singer in the movie.

Update: Now that the film is out, we can also confirm that our very own William Lee Adams has a cameo as himself in the commentary box during the semi-finals! It’s quick — blink and you’ll miss him! — but he’s the only other commentator to speak besides Graham Norton, so well done!

What do you think of the cameo list? Are you excited to see the movie? Let us know in the comments.

Eurovision 2021: The show must go on – EBU update rules to allow changes of show format 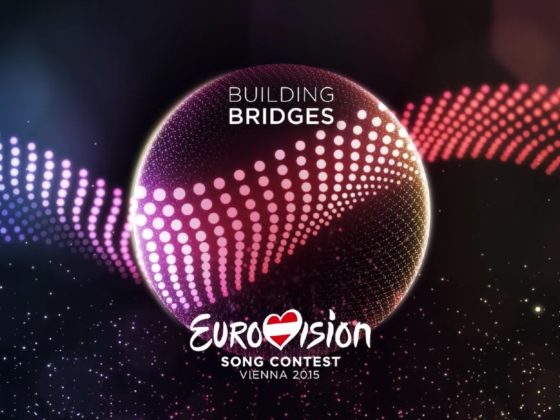 IDK, but I got the feeling that Spain won’t be in the movie.

I have to say, from the trailer, it looks cringeworthy. Appalling acting. maybe it’ll be like Serhat: so bad that it’s good?

For the same reason they didn’t choose Icelandic actors to play them and didn’t give them proper Icelandic names. Same for the “Russian” singer. This movie has never even pretended to care about respecting cultures so why bother.

What about EPIC SAX GUY ?

Last edited 2 years ago by jack
1

And those coming second in the jury vote. Any prolific composer will have their ups and downs.

Surprised there is no J-Lo, or anything even remotely related to Ireland, considering the history that we have with the contest and the records that we hold.

Looking forward to seeing the medley though. This might be the closest we will actually be to a Eurovision in 2030 lol.

Don’t take it personally – almost all of these cameos are from the last couple of years. They don’t necessarily represent the history of the contest. Just whoever was on hand at the time.

Ireland deserves to be in Eurovision movies but this one is NOT a serious movie. It’s a parody. #2030forthewin #iamlovinthis

Good point Darren. For some reason, the notion of an Irish Eurovision winner is no longer fashionable. We’ve had none of the many Irish winning years featuring in EurovisionAgain, either.

The organiser is a charlatan who only cares about his self promotion.

Yes, he is, actually he appears in the IMDB cast list https://m.imdb.com/title/tt8580274/fullcredits/cast?ref_=m_tt_cl_sc

And “Amar pelos Dois” is the only Eurovision song in the movie soundtrack: https://www.amazon.com/dp/B08BHSGVKN?fbclid=IwAR1MmZkwGJh0Y-IisONfyUR2oo0EBRmy8xot2irC9QyWnexuLxL8-BWbjj0

I’m not watching it, it just sounds like an insult to the contest

With this film I am prepared for the worst, but I am also prepared for something good. I am actually excited for it, because it combines two of my favourite passions: Eurovision and film. As much as I don’t want to like it, i probably will.

Happy for Elina, Anna, Bilal and Jessy! A little bit more of fame for them and it’s well deserved!

elina definitely deserves more recognition, she has one of the best female voices EVER

All deserve more recognition, all have something special

Me too! And so happy to see Jessy again!

Maybe because the original sand artist accompanying act is too good to have ANYTHING to do with Eurovision?

Anna seems like a good sport. Her vocals are great on their own. I hope she might be one of the rare examples of someone who returns on ESC with a significantly better song and triumphs more because of it – Nevena Božovic? Tamara Todevska? There are examples. All the best to Anna.

i have nothing against anna but they could’ve invited mahmood or duncan yet decided to invite her which is very random in my opinion, especially since she didn’t even qualify to the final

Maybe she actively campaigned for being in the film? Maybe her song was one of Farrell’s personal favorites? Maybe she is a far better actress than many of them and her role isn’t merely a self-referential cameo? There are many possible reasons.

Check your eyes OK? I am feeling so sorry for you.

i’m allowed to have my opinion lol

if they wanted to invite someone from moldova then why not invite someone who actually qualified to the final (sunstroke project, doredos…) because the rest of the artists on that list are all finalists/winners lol

Last edited 2 years ago by Moth
-2

And why not? Will ferrel like these artists more than others maybe as a fan of the contest himself, who knows…..but you can live with that I’m sure, it’s not the contest it’s simply a movie…… so no need to have every single countries who have participated in the esc history represented in the movie I think, cause it would be impossible, then they have choosen one of the most successful country in recent years, the most iconic winners and one country of the big 5, that’s all.

“Manage to insert himself and the french selection this year”
Are you serious really?
Jealousy makes you say stupidities……..
If only a belgian singer appeared in the movie Ms Una would be happy and wouldn’t complaining…… this jealousy……

What the eff? Anna was great, classy, she had good attitude towards the public, she seemed so happy to be in ESC (not like others, cough, cough). She has an AMAZING voice. I hope you lol at how ridiculous your question is.

Last edited 2 years ago by Moth
-7

then stop replying to me

These are some seriously epic cameos! I really, really want this film to be good. Farrell did The Anchorman, but he also did Holmes & Watson. I am skeptical… still, optimistic! If this movie actually turns out good, it might be among my favorite ones of the year. Little did anyone here know, but I also do annual movie reviews and this film might combine my two passions.

It’s nice to know there’s so many movie buffs on Wiwibloggs! Care to provide a link to your reviews?

I will do it soon, Skiwalko, thanks for asking. I am quite satisfied with my 2019 list, but as it’s on IMDb, it’s linked to my previous years’ lists I am not that satisfied with, because my dictionary was way more pedestrian and ratings way more arbitrary in cca. 2010-14. It’s not possible to provide a link to only *some* lists I am satisfied with. But as soon as I re-edit, I’ll send it to you. 🙂

Will Ferrell is like Adam Sandler. They make toilet jokes.

I am going to watch it but idk why. It is going to be pure torture. I know I will cringe every single minute of this unnecessary movie. After years of defending eurovision to americans…ah all my effort was for nothing.. Congrats will ferrel, you will successfully bring the status of esc back to joke entries from the 00s. I hope they do not let volcano man win in the movie cuz my god it wouldve been a definite NQ, so that would be highly unrealistic.

Will Ferrell has to be one of the worst comedians out there and I’ve never seen a movie of his I actually find funny. Even though the trailer doesn’t give me hope I do hope the movie doesn’t butcher Eurovision and turn it into a joke.

Step Brothers Elf and Anchorman would be his best ones really
Or his role in Zoolander got me good too.

Personally I liked Talledega Nights and Blades of Glory. His part in the Lego Movie wasn’t bad either.   I actually enjoy watching ice skating and even though the ice skating in blades of glory was nothing like real ice skating, I still enjoyed it. Kind of wish ESC fans would have the same attitude. You’re all so crabby and take everything too seriously.   And honestly? More than anything his movies are more about the relationships between him and the other characters. Blades of glory was more about the relationship with his skating partner than it was about ice… Read more »

I can’t believe I forgot Megamind.

That’s my worry. His last but one film Holmes and Watson was apparently so unfunny it couldn’t be accurately described as a comedy.