He’s the artist formerly known as Conchita Wurst who won the hearts of Europe at Eurovision in 2014. Now WURST has teamed up with singer-songwriter Lou Asril to put a fresh spin on a classic 1970s Austrian disco hit. The brand new single “Lovemachine” is now available to stream everywhere.

WURST and Asril’s collaboration re-interprets the 1977 song of the same name by Supermax. The pair give “Lovemachine” a breath of fresh air, combining WURST’s signature electronic style with Asril’s R&B influence. The result? A fresh and enchanting yet mellow version of the Austrian hit. Produced by WURST’s tour DJ, Edo Mjusik, it draws strength from a distinctive bass line and the captivating mix of WURST’s sultry timbre and the deep, soulful tones of Asril.

The dynamic duo premiered a live version of their new track during the opening of the 20th Amadeus Austrian Music Awards show, which celebrated its 20th anniversary on Thursday. WURST and Asril shot the “Lovemachine” music video at the Leopold Museum in Vienna, Austria. You can watch it below.

Alongside the new single, WURST also announced that tour dates and tickets for the upcoming “Truth Over Magnitude” Tour in Summer 2021 will be announced next week. This comes after the 2020 tour was cut short due to the coronavirus pandemic.

WURST at Eurovision and beyond

In 2014, WURST — real name Tom Neuwirth — won the Eurovision Song Contest for Austria with the iconic James Bond-esque anthem “Rise Like a Phoenix” under the moniker Conchita Wurst. The Conchita Wurst character has since been retired. In 2019, WURST told Dutch TV host Eva Jinek that he was ready to move on and evolve as an artist.“I was stuck in this diva, Celine Dion-esque figure…every day was the same with the pretty hair and it was beautiful but I have to evolve and I have to entertain myself,” he says. “It was always just a disguise, and it was always just a version of me, and I think if you limit yourself you can only go so far.”

Since his Eurovision victory, WURST has released three studio albums and performed all around the world. The versatile Austrian artist also recently ventured into the world of TV. In 2019, he presented ProSieben‘s reality competition show “Queen of Drags” — Germany’s answer to “RuPaul’s Drag Race” — alongside Bill Kaulitz and Heidi Klum. This September, WURST will present ProSieben‘s new primetime music quiz show “Famemaker,” which will premiere on September 17th and end with a massive live finale on October 1st.

Lou Asril is a singer-songwriter from Austria. He started classical piano training when he was 11 years old, and by the age of 15, he was performing his own songs on stage with a band. Then, aged 17, he won the prestigious “Joe Zawinul Award”, and jetted off to Los Angeles to take part in songwriting classes. His debut single “Divine Goldmine” was released in March 2019 and is a smooth and soulful R&B track with a distinct electronic influence. “Lovemachine” is Asril’s first musical collaboration with WURST.

What do you think? Do you like “Lovemachine”? Would you like to see Lou Asril go to Eurovision? Let us know in the comments below. 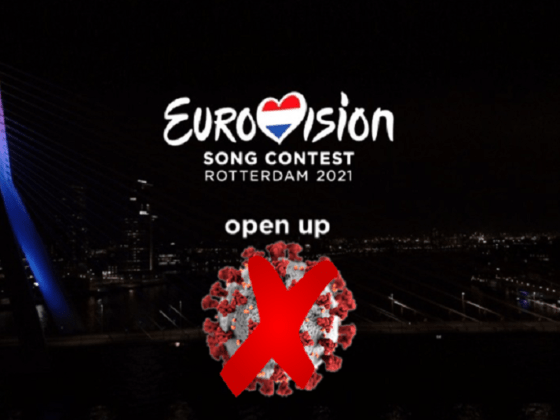 It’s amazing how Conchita and Wurst are so incredibly different. Genuinely like two different people.
Tom works it well. Although it’s clear now that the drag persona is all but dead, he seems to have moved away from dresses and wigs.
It’s amazing how masculine Wurst is. Seems a world away from 2014 which was only 6 years ago.
Don’t get me wrong (before I get attacked) I love both Conchita and Wurst. Wish Tom the best regardless the persona he uses.

Sorry I was expecting more from Conchita… I think since her first about… All the singles she puts out are very average… Not catchy songs… Although I love her and her style??

I love the song and the music video <3