They’re the current reigning queens of Melodifestivalen who were set to represent Sweden at this year’s Eurovision Song Contest. Now, The Mamas – Ash Haynes, Loulou LaMotte and Dinah Yonas Manna – are ready to spread love and joy across the world with their debut EP. The six track record Tomorrow Is Waiting is available to stream now.

After winning Melodifestivalen 2020, topping the Swedish charts, going viral on TikTok and even performing for Princess Victoria of Sweden on her birthday earlier this summer, the “Move” singers are ready to share more music with the world.

On Friday, The Mamas released their long-anticipated debut EP Tomorrow Is Waiting. When the world needs it the most, The Mamas’ newest release is like a burst of serotonin. Ash, Loulou and Dinah prove once again that even when the rain is fallin’, even when we hit the bottom, they’ll be there!

The Mamas say the name of their EP came after writing the title track, “Tomorrow Is Waiting”. It’s an uplifting, spirited anthem about pushing through the tough times and looking forward to the future. “We won Melodifestivalen and we had so much fun on our way and then came the pandemic. We ended up in a quiet chaos. An uncertain time of sitting and waiting for tomorrow”, The Mamas say in a press release. “But we are all sitting in the same boat so instead of letting it knock us down, it gives us an incentive to fight on. If there is one thing The Mamas have done since the beginning, it is to lift each other up and look ahead.”

“A lot of talented people came together to make this EP happen,” The Mamas say. “The opportunity to collab with some amazing producers and write our own music has been such a blessing and so fulfilling during these times. It allowed us to tap into our artistry and the skills we’ve learned on our separate journeys in music.” The EP features production from Joy Deb, Herman Gardarfve and Eurovision alum Robin Stjernberg, who represented Sweden in 2013 with “You”.

Solos from Ash, Loulou and Dinah

Alongside feel-good group anthems “Tomorrow Is Waiting,” “Let It Be” and “Touch The Sky”, there are three solo tracks from Ash, Loulou and Dinah. These tracks show the songstresses’ individual music inspirations, and allow each singer to shine in their own spotlight.

“You Got Me” – Loulou LaMotte

Loulou takes the first solo, and it’s a stunner. “You Got Me” is an emotional ballad that really showcases the raw power of LaMotte’s voice. Simple yet elegant, this song pulls at heartstrings. “This song is very personal to me,” the singer says. “I wrote it to a love who has seen all my sides, good and bad, and who always says – I am here.” There is a very real vulnerability that comes through in the lyrics and Mama Loulou’s vocal.

Next up to the mic is Dinah. Her solo track “The Lows” is heavily inspired by gospel and soul music. The smooth tones of Dinah’s voice soar high above the accompanying piano and powerful backing vocals. “The song is about that person or power in your life that lifts you from your darkest lows into your brightest highs and fullest potential,” Dinah says. This track will resonate with many people, as we all look for hope to pull us through difficult times.

And finally is the solo from Mama Ash. “Whitney In The 80’s” is a tribute to the late great Ms. Houston, and was co-written by Ash and pop music legend Jonas Thander, who himself has written for Ariana Grande, Fifth Harmony and Taylor Swift. It’s an up-tempo dance track with punchy synth chords and catchy rhythms above a funky bassline. Ash, who hails from Washington, D.C., says Whitney Houston has always been a big inspiration for her: “Being a huge fan of Whitney Houston, I remember being a little girl and all I wanted to do was dance and sing her songs and have that feeling of being carefree with no worries.” Ash’s playful nature really comes through in this track, and it’s bound to be popular with club-goers across Europe.

The Mamas – Tomorrow Is Waiting

There is little to fault with Tomorrow Is Waiting. If anything, it would have been great to hear even more tracks!

Ash, Loulou and Dinah are extremely talented musicians, and Tomorrow Is Waiting showcases their talents as a group and as individuals. For now, we will have to wait and see what the future holds for The Mamas.

The Mamas at Eurovision

The Mamas appeared at Eurovision 2019 as backing singers for John Lundvik, representing Sweden with “Too Late For Love”. Then, in 2020 they took the spotlight for themselves. The Mamas won Melfest 2020 with the uplifting gospel-pop bop “Move”, thus securing the right to represent Sweden at the Eurovision Song Contest 2020 in Rotterdam, The Netherlands.

Following the cancellation of Eurovision 2020, it has been confirmed by SVT that The Mamas will not automatically be chosen to represent Sweden in 2021. Instead, they will have to compete at Melodifestivalen 2021, with no extra advantages as previous champions.

What do you think of “Tomorrow Is Waiting”? Which is your favourite track? Would you like to see The Mamas compete at Melodifestivalen once again in 2021? Let us know in the comments below. 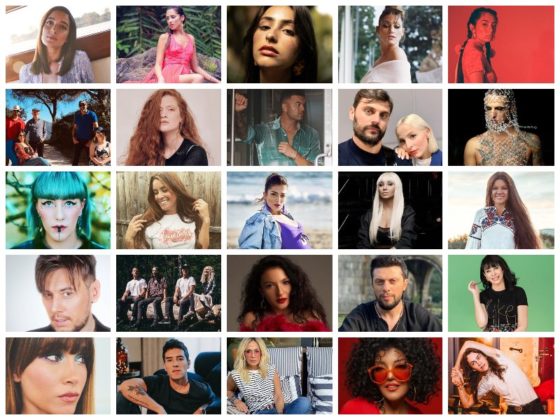 Not current? They have been performing all summer long and released songs. How are they not current?

I love their uplifting sound!

they should reenter Melodifestivalen 2021 if they feel up to it. there are some bangers on this EP