Last week the OGAE fan network revealed the results of its annual Second Chance poll. Now they’re moving on with the next of their annual polls, the 2020 OGAE Video Contest. And this year, there are plenty of Eurovision stars among the 24 nominees.

The OGAE Video Contest is a virtual event, held annually between the numerous OGAE branches around the world. It’s similar to the OGAE Song Contest, but the emphasis is on music videos.

The contest aims to highlight the visual aspects of songs, namely their music videos, as well as promote national music and diversity. Previous winners have included Myléne Farmer, Stromae, Via Gra, Coldplay, LOBODA and Loïc Nottet.

This year’s event is hosted by OGAE Ukraine after Maruv won the 2019 contest with “Siren Song”.

Eurovision stars from the past, present and future

While the contest isn’t restricted to Eurovision acts, there are still Eurovision stars who have won the nomination from their country’s OGAE group.

Malta’s Eurovision 2017 singer Claudia Faniello represents her country with “Say”, while Turkey’s last Eurovision act Can Bonomo is there with “Sen bunları duyma”. Estonia’s 2018 opera queen Elina Nechayeva has “La voce dell’alba”, and Cyprus’ Ivi Adamou has teamed up with 2021 rumoured artist Konnie Metaxa for “Pao”. The Czech Republic’s Lake Malawi have teamed up with singer Klára Vytisková on “Gold”.

From the class of 2020, Vasil is representing North Macedonia with”Patuvam” and Italy has Diodato with “Non ti amo più”. Returning artist VICTORIA is representing Bulgaria with her single “alright.”

But there are also plenty of acts from outside the Eurovision bubble, including French stars Vitaa & Slimane, Sweden’s Agnes and German singer-songwriter Johannes Oerding. Uzbekistan makes its OGAE Video Contest debut as the act for the OGAE Rest of the World. Lola Yuldasheva represents the Central Asian nation.

Voting is currently open to OGAE members and is organised through the various OGAE clubs. Voting closes on 1 December.

Who should win the 2020 OGAE Video Contest?

Only OGAE members can participate in the official OGAE Video Contest vote, but which videos are your favourites? Have your say by voting in our poll. You can vote for as many videos as you like, but you can only vote once — so make it count!

What do you think? Who should win the 2020 OGAE Video Contest? Should Eurovision include a prize for best music video? Tell us your thoughts below! 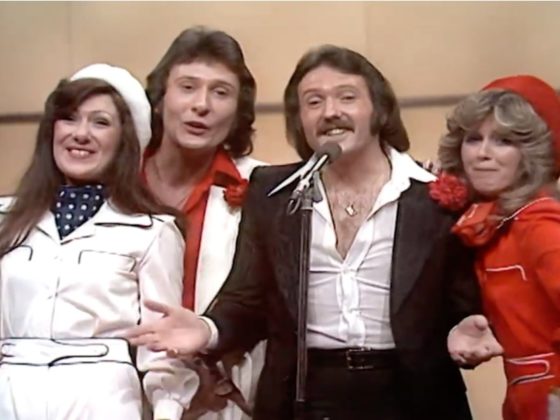 Note to Wiwwiblogs: Its not the first time that Uzbekistan takes part at OGAE Video contest!, in 2016 my primary OGAE club also picked Nargiz Zakirova – Ya ne veryu tebye video as our representative at 2016 OGAE Video Contest and came 23th.

i am a simple man, i see IC3PEAK and i’m sold. hopefully my winner wins again

You can NEVER trust any poll here when Poland or Spain is on top. Its exactly the same in JESC. Both ALWAYS vote for them self. Everyone knows it to.

That would be amazing from Spain, to win this poll without even participating … LOL

Sanah is amazing tho

And Poland isn’t even at the Top ? At least Poland isn’t sending Eurovision star with boring song and video just to send somebody from ESC and get points that way

North Macedonia and Bulgaria are running away with it. Why even make this comment?

IC3PEAK has to win. Brilliant song and video