It’s been almost one week since we learned the identities of the 24 competing acts for Eesti Laul 2021 — Estonia’s national selection for Eurovision. And, while we will have to wait a few weeks longer for the songs to be released, the artists have already been teasing their entries.

Broadcaster ERR has uploaded brief interviews with 23 of the 24 performers. Alas, Eurovision 2014 singer Tanja is the one that’s missing.

But even in the absence of the “Amazing” songstress, there’s still plenty to digest. Here’s what some of the other early favourites had to say about their 2021 submissions.

The Eurovision 2016 crooner reveals that “Magus melanhoolia” was several years in the making. It “stood on the shelf for quite a long time”. The song is a ballad with a “strange twist”. Jüri adds that he can’t put the number in a box, describing it as beautiful and slow, yet also hard. It touches upon themes of self-awareness and pride.

Uku Suviste — “The Lucky One”

The Eesti Laul 2020 winner confirms that his 2021 effort will once again revolve around the topic of love. However, this time around, Uku says that he’s approached things differently. While he doesn’t want to give too much away, he teases that this time he is “talking about something that broke, but there is such a positive outlook for things”.

Earlier, Eesti Laul producers revealed that Uku did not have to use his free pass to make the semi-finals. Apparently his song went through the selection process and advanced on its own merit. The show’s boss even said that he thinks Uku’s entry is stronger in 2021 than in 2020.

Koit Toome — “We Could Have Been Beautiful”

The master of brooding looks is taking a power ballad to next year’s Eesti Laul. It tells a “beautiful” and “heartfelt” story which left Koit very touched. And while you may know him best for pop ballads such as “Verona”, Koit says that “We Could Have Been Beautiful” has actually pushed him out of his comfort zone. He had to take singing lessons to be able to take the song into the studio at all.

She sang “Strong” in 2020, but Sissi says that we can expect something “stronger” for 2021. She describes the style as house-gospel, adding that it’s definitely a song you can dance and move to. She also explains the message: “There is less and less time, and instead of sitting in our fears and constantly thinking about what we want to achieve without daring to do it, we have to stop and just start walking towards the future because we never know, especially now, to which way the world is moving.”

Egert promises a song that’s in a similar style to his 2020 entry “Georgia On My Mind”, but bigger. He claims it’s his best song yet, saying that it should really resonate with people. “It is about wanting to be and feel free like we were when we were little children – we ran in the field and trampled on mudflats and there were no worries in the world”.

What do you think of the song descriptions? Which ones are grabbing your attention? Let us know in the comments. 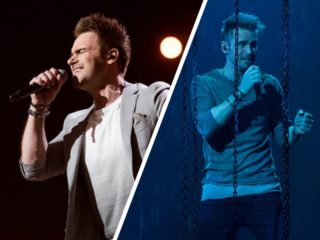 If Uku has a better song that 2020, as the producer of the show says, then he deserves to win.

I am super excited for Sissi and for eesti laul in general. I have a feeling this will be a strong year!

Sissi sounds like she is bringing something really good. I’m excited.

Jüri’s song sounds like everything I want it to be. also excited about Egert