She’s the Slovenian singer who is due to represent her country at Eurovision 2021. But before Ana Soklic turns to her song for Rotterdam, she has unfinished business in the form of the “Voda” music video. The EMA winner has released the official music video for her Eurovision 2020 entry with an epic film clip.

December is a little late to release the music video for a song that was first heard in March, but it’s fair to assume that plans for a regular music video shoot earlier in the year could have been disrupted by the pandemic.

The music video clocks in at 7.44, more than double the length of the song. The extra time comes from a dramatic prologue where American rapper Illy Problemz voices a monologue that leads into the song.

The video is set in a stunning mountain region of Slovenia. While Illy Problemz reads his monologue (“This water’s not cold, she’s actually warmer”) we see Ana looking contemplative in the dramatic mountainous landscape.

Ana is joined by the Slovenian ballet dancer Kaja Lin Jagodic, who impressively dances on jagged rocks. Ana is dressed in black, Kaja in white, suggesting the two represent opposites — yin and yang, good and evil.

The two women interact. Sometimes they tussle, other times they caress each other. They help each other climb a steep, gravelly slope but at the same time, Ana throws apples down the slope.

The music video takes the cinematic drama of the song and turns it up to 11. The video was conceived and directed by Ana herself along with the director Bojan Simončič.

With the cycle of “Voda” nearing its end, Ana’s focus can then move onto her song for Eurovision 2021. She originally won the ticket to Rotterdam by winning the 2020 edition of Slovenian national final EMA. Broadcaster RTVSLO then internally selected her to return in 2021.

In July, the broadcaster opened submissions for Ana’s new song. While “Voda” was a dramatic ballad, Ana was clear that she wasn’t specifically looking for a ballad for 2021 and encouraged songwriters to ‘go a little crazy’.

191 songs were submitted and they will be reviewed by an expert jury. They will shortlist a number of songs that will be published by the end of this month at the very latest.

While the broadcaster hasn’t said exactly how Ana’s song for Rotterdam will be selected, they have said there will be some sort of voting process. This suggests there may be a special edition of EMA to select the song for Ana, or possibly just an online vote.

What do you think of the “Voda” music video? Should Ana bring a similar style of song to Eurovision 2021? Or should she go in a different direction? Tell us your thoughts below! Sanremo 2021: Francesca Michielin and Ermal Meta stand out on the list of rumoured participants 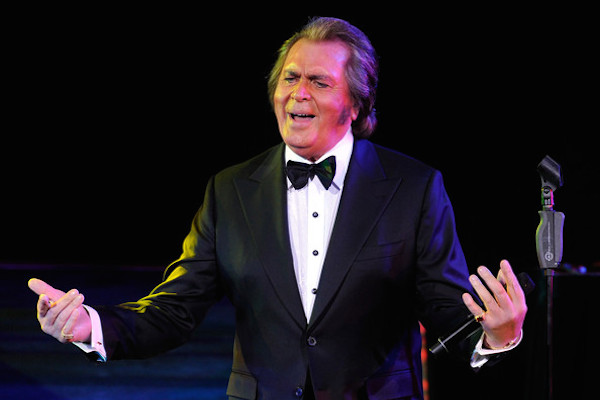 I got sucked into it. It’s not even a music video, it’s a short film, and I love it.

The music video is great !! I love her song “Voda” very much and I hope her 2021 ESC song will be so beautiful.

The revamp took this song from 0 to 10 in a flicker. I think it could’ve done very well on stage and against what the odds said, maybe a top 10. Hope her 2021 is as epic and emotional as “Voda”

Last edited 1 year ago by Héctor
3

she turned voda into wine

I think this song would’ve done quite well

I saw this on my notifications today. Better late than never!
I also hope she has a similar song next year. Or something a bit more jazzy. But I definitely like Ana a lot.

I would like her first refusal to be a bilingual “Ain’t no Mountain high enough”-esque upbeat soul song with traditional elements.

Ana definitely has a powerful voice – she should stay in the “Voda” style – I want wide camera angles, soaring notes and stirring strings – she has the capacity to make it feel epic.