Just hours before the opening credits roll on the fourth episode of Norway’s Melodi Grand Prix 2021, we can reveal the act that our readers are backing — Royane with “Circus”.

After counting a total of 998 votes, we can confirm that Royane is your favourite act in tonight’s fourth semi. “Circus” picked up 336 votes, which amounts to an impressive 33.67% of all votes cast. However, unlike our previous poll toppers, Royane isn’t doing so well with the bookmakers. She’s been trading at odds of 7.5 throughout the week, placing her last in the bookies’ rankings.

Royane is an upcoming singer-songwriter who is also making a name for herself on TikTok and Instagram where she is known for her style and humour. She’s a woman of many talents, taking responsibility for the hair, makeup and styling in her music videos. Describing her MGP entry, she says “I like to surprise and I like to run concepts. I look forward to sharing everything I have worked on. It will be chaos, fun and mysterious.” 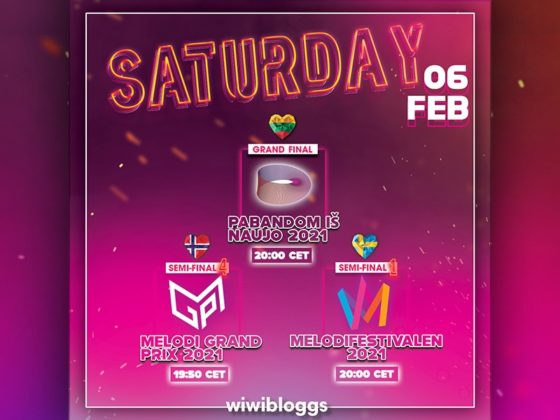 Why did Big Daddy Karsten cry in the recap? Sorry, I don’t understand the language.

Kiim really was amazing in his performance!

Circus maybe is not WOW. But the best from the 4 songs. Go Royane!!

I’m prepared to be wrong but based on the song, this was my least favourite entry of MGP so far. At this point, I want any of the other songs to qualify ahead of “Circus”.

Noooooo not a fan of circus at all, I’m backing pages tonight, so much better.