As awards season continues, “Husavik” has come one step closer to the big one. The theme song from Eurovision Song Contest: The Story of Fire Saga has made the shortlist of nominations for the Original Song category at the Academy Awards.

The nominations for the 93rd Academy Awards aren’t due to be announced until 15 March, but the Academy of Motion Picture Arts and Sciences has just announced shortlists of nominees in nine categories, including Original Song.

The Best Original Song shortlist contains 15 songs but only five will make the final list of nominees. The shortlist was determined by votes from the Music Branch of the Academy. They will also vote to decide the five acts that will get the Oscar nomination.

The shortlist includes four of the six nominees in the recently announced Critics’ Choice Award for Best Song: “Husavik”, “Io Sì (Seen)”, “Fight For You” and “Speak Now”.

Among the shortlist also is four of the five songs that picked up the Golden Globes nomination for Best Original song: “Fight For You”, “Hear My Voice”, “Io sì (Seen)” and “Speak Now”. However, “Husavik” did not make that list.

While all awards have their own criteria for selecting nominees, the nominees of the other awards can be considered as clues as to which songs may get the Oscar nominations.

Recent winners of the Oscar for Best Original Song have included “City of Stars” from La La Land, Lady Gaga and Bradley Cooper’s “Shallow” from A Star Is Born and “Let It Go” from Frozen.

“Husavik” is the 11 o’clock number from Will Ferrell’s Eurovision Song Contest: The Story of Fire Saga. The song is a touching piano ballad about the Icelandic hometown of Rachel McAdams’ character. It features lead vocals from My Marianne — also known as Melodifestivalen star Molly Sandén — as McAdams sings her lyrics on-stage. (She actually sang them, rather than miming, during filming so it would look more realistic in the film). “Husavik” proved extremely popular with fans, reaching the top ten of the worldwide iTunes song chart.

The song is now among 14 others in the shortlist for the Oscar for Best Original Song.

Eurovision Song Contest: The Story of Fire Saga has already picked up two major nominations in the 2021 awards season. It

The Oscars and the pandemic

Normally Oscar nominees must come from a film that has had a theatrical release in Los Angeles for at least one week. However, due to the pandemic, films that had a release on a subscription streaming serving are also eligible for nomination if it had been originally intended that they would also have a cinema release. This means that the Netflix film Eurovision Song Contest: The Story of Fire Saga is eligible.

The final lists of nominees for the 93rd Academy Awards will be announced on 15 March. The awards had originally been scheduled for February 28th, but due to pandemic concerns, the Oscars have been postponed until April 25th.

What do you think? Will “Husavik” make the nominees for the Best Original Song Oscar? Will you watch the Oscars this year? Tell us your thoughts below! 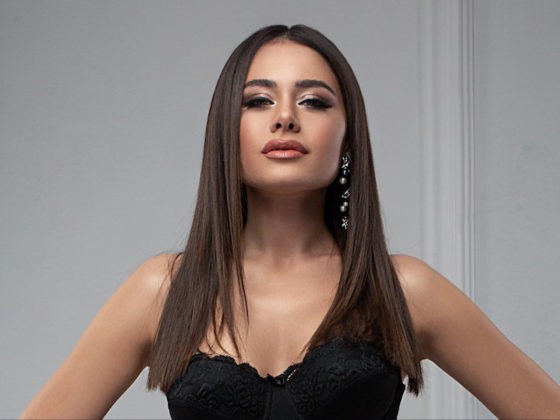 Azerbaijan: Efendi reveals titles of the six songs in the running for Eurovision 2021

I like to wish Molly Sanden and the whole team the very best of luck and I hope that they are winning the Oscar for their beautiful song “Husavik”.

So thrilled! I’ve never a song to be nominated for an Oscar so much, listened to “Husavik” yesterday when it was snowing here in UK and it hit so differently.

I’m cackling how “Wuhan Flu” from Borat sequel also got shortlisted! Maria Bakalova on verge becoming the first Bulgarian actress nominated is also groundbreaking too but damn it’s hard to choose between her and Amanda Seyfried in Mank for Best Supporting Actress.

Bakalova should win just for the risks she had to take while playing the role.

Congrats to Molly Sanden and the team!

Haven’t listened to the rest of the nominated songs but I think Husavik have a pretty good shot.