Following the cancellation of Eurovision 2020 in March last year, Georgia were quick to confirm that Tornike Kipiani would be re-selected to represent the country at Eurovision 2021. Since then, things have been relatively quiet from the Georgian delegation. But, the team have now revealed the name of the song that Tornike will perform at this year’s contest – “You”.

The announcement of the song title was made in a post on the Eurovision Georgia social media pages.

Tornike Kipiani to sing “You” at Eurovision 2021

In addition to the name of Tornike’s Eurovision 2021 entry, the Georgian delegation revealed some further details about the song, the music video and the planned performance for the contest in May.

Tornike wrote and composed “You” himself. The Georgian star then arranged the song in Bravo Records Studio alongside Aleko Berdzenishvili. In addition to Tornike’s vocals, the Gori Girls’ Choir, Aleko Berdzenishvili, Marian Shengelia and Mariko Lezhava also took part in the recording of the song.

The song is said to be in English and will be a mix of rock, pop-rock and blues-rock. Meanwhile, the lyrics of the entry are about the universal topic of  love.

We still have to wait a bit longer before we can hear “You”. Tornike will release the song later in March.

The music video of “You” has been directed by Temo Kvirkvelia. Filming for the video took place in a number of different locations.

Ballet dancer Mariam Aleksidze choreographed a dance especially for the music video and her troupe will feature in the video. The design of the dancers’ costumes was done by Keti Chkhikvadze.

Tornike’s stage performance at Eurovision 2021 will be directed by Emilia Sandquist – she was previously set to be the stage director for Tornike last year as well. Emilia is an international creative who has dreamed up successful performances in the past for Swedish artists at Melodifestivalen. She is also a member of the Jean Baptiste Group.

Tornike is a 32-year-old musician and the father of three children. He originally earned the right to represent Georgia at Eurovision in 2020 after winning Georgian Idol 2019. Tornike would have performed the song “Take Me As I Am”, however the contest was later cancelled due to the Covid-19 pandemic.

This was not Tornike’s first victory in a reality singing competitions. He also previously won the 2014 edition of X Factor Georgia. Tornike’s mentor on the show was Cyprus’ Eurovision 2019 star Tamta.

Are you excited to finally hear Tornike’s Eurovision 2021 entry? What do you think of all the details we know about “You” so far? Tell us your thoughts below! 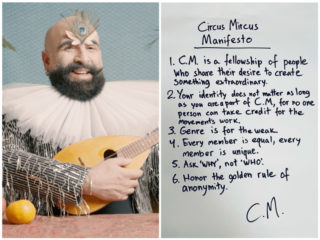 I loved his last year’s screaming, so I hope it does a cameo this year haha

You (pun intended) had me at “blues rock”!

In theory it sounds perfect!

Loved his song last year and the lyrics

I am curious to hear the song. I hope it ‘s a good one

Hope this will be good!

I think we aren’t considering enough that SF2 might be the real bloodbath semi this year.

Going into Lisbon we thought that SF2 would be the bloodbath due to the countries involved, but it turned out that 2018 was the year that countries that don’t always do well turned it out and traditional powerhouses faltered. It could well happen this year.

SF2 is mostly countries that either historically don’t do well (Latvia, San Marino, Portugal, Georgia) or countries that are trying to recover from a recent slump (Finland, Austria, Greece, Armenia, Poland). It’s gonna be interesting seeing who comes out on top.

Georgian delegation be like: It’s March 1.. instead of releasing the song, we reveal the song title 😀

Anyway, I’m excited for his song cause Take me as I am was one of the best Georgian entries and a real dark horse imo.

No matter whether we’ll like the song or not, thanks to Georgia for bringing diversity in music genres.

I love my man, he’s awesome.

“Blues rock”? Yes, please!
I’m going to enjoy this. He wrote and composed it himself. That automatically makes it at least interesting for me so yes, let’s see what Tornike can do!

Tean Tornike ! We need guys like him at ESC.

I feel bad I completely forgot about him.

I disliked the lyrics of “Take Me As I Am”, but if “You” has more solid ones (and still catches me musically), I’m on board this year! 😀

I hope he has a good song. He’s an excellent singer but “Take me as I am” was my least favorite song last year.

First we have two Amen’s and now a You. We had a You last year. (Dont shout at me Tornike)

“You” isn’t an orginal song title, but that doesn’t matter in my opinion. Can’t wait till his song release.

I see that lady of his still wants him to talk like an Englishman?

I wish him the best of luck, I will always support a good rock song in the contest.

Eager to see Georgia in the Grand Final after all these years.

or we can appreciate both countries for doing what they do

And every country should stop sending anything at all.

Why? They’re successful with them

I don’t they’re gonna be successful with El Diablo
They’ll surely qualify but a top ten?
Not at all!
We can see how it went with Tamta in 2019 where she didn’t get high in televote

Georgia is not having success with their rock songs either…

People have to stop complaining for every single f*****g thing

It’s for their good. I mean how many years it’s been since we last saw Georgia in a Grand Final

Besides Finland, Georgia also seem to have a strong fondness with rock, which I appreciate. 😀

It’s really telling that it’s now Georgia getting hate for sending the same kind of song once again. Just like Sweden did when they sent 5 lads in a row. When everyone has gone absolutely bananas over Cyprus and hasn’t complained about Albania sending another female power ballad, the gender bias within the Eurovision fans is so obvious and I’m lowkey tired of it. There is nothing wrong with a country doing what works for them. If Georgia wants to send male-led rock songs then that’s their choice. All genres and all artists are welcome at the Eurovision Song Contest.… Read more »

Before Eleni, Cyprus last sent a woman in 2013, and had ESC gone forward in 2020, a man would’ve represented them. Also, a lot of fans get tired of female power ballads from Albania.

Albania sent a man in 2018. And another man would’ve represented Cyprus last year