Russia will hold its first national final since 2012 on 8 March. However, just one day out from the show, no acts or songs have been confirmed for the one-hour spectacle. Nevertheless, Russian fans and stars have suggested several names for the national final.

Little Big is set to appear in some shape or form, according to Konstantin Ernst. He also added that the entries of the participants are around the same level. However, it remains unclear whether the “Uno” hitmakers are among the participants. Although some media have suggested that Little Big are in the game, others write that the Petersburg group is out.

Earlier, the band cleared all the posts from their Instagram account. Subsequently, they uploaded a small and mysterious video on their page, showing them in a scene similar to the film Men in Black in which they erase dancer Dima Krasilov‘s memory. The description shows “08.03.2020”, the date of the national selection.

Singer Lolita said that she would love to see Little Big most of all. She explained:

“I saw a list [including the names of #2Mashi, Morgenshtern, Egor Kreed, Anton Belyaev and Niletto], which was shared in the media. It is a great list, all suitable people, but Eurovision has its trends. Morgenshtern is quite that perhaps, at Eurovision there was always a certain freak culture. Every single person is a freak for someone, so why not? I would send Little Big, and if not, I would vote for Anton Belyaev.”

Composer and New Wave founder Igor Krutoy told RIA Novosti that he felt that Morgenshtern would be an “exotic and usual choice”. He added:

“But I would personally sent Dimash [Kudaibergen], and he would have a good chance, although he doesn’t want to participate in contests anymore and for him, he would principly be a participant from Kazakhstan.”

Grigory Leps — one of Russia’s bestselling pop rock artists — repeated that he wanted to see Alexander Panayotov sing for Russia. In the past few years, Leps has supported his former The Voice mentee multiple times towards Eurovision participation. He calls Panayotov the “best singer in Russia currently”.

Alexander Panayotov reveals he was asked to submit songs

Speaking to RIA Novosti, Alexander Panayotov revealed that he did submit several songs to Channel One. In fact, the broadcaster asked the Ukrainian-born for star for entries. Panayotov said:

“There was a request from Channel One actually, we sent them songs, and not just one – songs of different genres, slow and quick-paced ones, but in the end… they are thinking. They have their own views and their own kind of plans.”

The singer is no stranger to sending songs to Eurovision selections. He has tried to sing at the contest as early as 2005. Panayotov finished second in both Russia’s national selection in 2008 as well Ukraine’s selection in 2009. In 2017, he was heavily rumoured to be Russia’s contestant for Eurovision as that contest was taking place in his birth country.

Whether Panayotov is among the participants and is seriously planning to go to Eurovision is doubtful. After all, the singer is currently engaged in a high-intensity weekly television show that is set to run until June.

What do you think? Who do you reckon to be among the finalists? Do you think Little Big will be in contention? Let us know in the comments below! 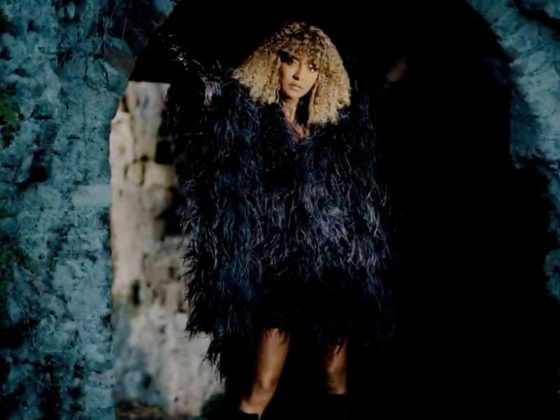 I hope that Russia will send someone else to Rotterdam than  Little Big. I don ‘t like them and their music.

Sex Machine is on fire! Russia, be smart!

If Sex Machine is their song for National Final , i hope somebody else wins 🙂 Egor Kreed is such popular in Russia by the way

Is it only one-hour long? There’s no way they can fit that many artists and songs plus they’ve got some guests lined up to perform. Its pretty obvious that it will be a song selection for Little Big.

raylee
Reply to  Charli Cheer Up

they have already said it is an artist selection. If only 5 or 6 song is competing , that’s normal

Ok I’ve listened the Little Big’s new song called sex machine, I don’t know if it will be their entry or if even they are contestants in this NF but I find the song less impactful and upbeat than Uno, it’s still fun, it’s still their style so the visual and concept behind could elevate it.

All these secrecy means they have something amazing in store. I’m sure of it.

What a mistake Russia will make if Little Big is not in the game.

Off topic, but sadly the main creative mind behind Serbia’s 2018 entry, Sanja Ilic, has passed at the age of 70 due to Covid-19. May he rest in peace. 🙁

I doubt it Sex Machine is their entry. Catchy, but it sounds more like a car advert.

And only 2.25 long , how anyone would waste more than 30 seconds on stage presence ? But Uno was also only 2:40. But reminds me that hearing Uno the first time on audio alone was also not that impressive. The force of Little Big is on their visuals that can transcend their songs.

Let the LittleBig returns just look at Ukraine’s Shum Music video one guy is left at the end just like “Uno”. Seems Ukraine is mocking or teasing, do you really want Mother Russia to be teased that way? Come on just smashed the ESC with a deserving troll, send LittleBig again.

Noooo, just get rid of this Panayotov guy, yuk. Send him back to Ukraine and ban him forever.

Who knew I’d be getting hyped for Russia?

On the contrary, I feel like Russia might stay in the semi this year for their 2nd time only.

Last edited 1 year ago by waitaminuteholdon
4

I don’t think Little Big would say YES to a national final after being selected last year and having a viral hit.

Unless, this ‘national final selection’ is just an excuse and they have already selected the act.

My guess is that Little Big will be showcasing 3 or 4 songs and the televoters will choose one of them to be their Eurovision entry.

Uhhh does anyone know what’s going on with Belarus? They’ve been dead silent…

its been rumoured that ZENA is selected , but don’t take my word for it

These “industry experts” are nowhere near dealing with ESC (thank God)

Guess in Russian “national selection” means the same as “election”—a procedure with an illusion of choice while everything’s already decided on the sly.