On the weekend, Uku Suviste won Estonia’s national final Eesti Laul and will head to Eurovision 2021 in May. Now broadcaster ERR has revealed the full voting figures for Eesti Laul 2021, showing big televote support for Uku — even if the jury was less impressed.

Uku Suviste and his entry “The Lucky One” received 11,393 televotes in the first round of grand final voting. That was almost twice as much as the second favourite in the televote, Koit Toome with 6779 televotes. Third in the jury vote was Jüri Pootsmann with 6193 televotes.

But when the televotes were converted to points and added to the jury points, a different picture emerged.

Televote favourite Uku Suviste, jury favourite Sissi and Jüri Pootsman all ended up tying on scores of 15 points, meaning there was no overall leader going into the superfinal.

It also meant that Koit Toome and Andrei Zevakin & Pluuto both narrowly missed out on the super final, both just one point short on 14 points.

Uku Suviste maintained his strong televote support in the superfinal. He picked up 24,081 votes, making an impressive 46.45% of the overall superfinal vote and ensuring victory.

The superfinal was also the time for Sissi to win over televoters. While she had only placed eighth in the televote after the first round of voting, in the superfinal Sissi picked up 14,698 votes — 28.9%.

Jüri Pootsman followed closely behind. In the superfinal he received 12,776 televotes, 24.75% overall.

While Uku Suviste could count on strong local televote support, his challenge for Rotterdam will be how to get the juries on his side as well.

What do you think? Are you surprised by the full Eesti Laul voting figures? Will juries at Eurovision feel the same? Sound off in the comments section below! 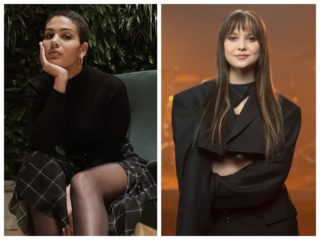 he isn’t much of a singer, is he? or did he just have a bad day?

no matter what … his song sounds dated and boring. even if he sang it perfectly, it wouldn’t matter much. he’s basically bringing a lemon to a knife fight.

sorry, estonia, i still love you (and your dairy products), but this entry won’t do you any favours.

At least The televote picked his winner. But, in Portugal…

What people saw in Uku is over my understanding. Last year he had Kirkorov’s support if I’m not wrong. Could it be the case this year?

To be honest I still don’t get why he won. Also I can’t get over the fact Estonians killed Gram-of-Fun. Anyway, they migh think of ot again when they get stuck in the SF in May.

So happy for Sissi, although her televote support in round 1 was not really huge. Hope to see her again in the future.

I will never ever forgive Estonia that they kicked Gram-Of-Fun out of the national selection.

0 points from juries for Redel is just offensive!

For all the worries about juries killing Wingman, it ended up being the public that didn’t care for it, whereas the juries tried to prop it up.

You make a good point about the 23 votes however I still think we know what would have happened in the final. There is no realistic scenario in which Uku would not have won.

We’ll never know, you are right.

Patriotism doesn’t equate to conservatism does it? A left winger can be proud of their country can’t they?

And I only mean patriotic in the sense of the Estonian towns it lists. It reminds me of the KLF, who did a similar thing with northern English towns. Maybe it is not patriotism but perhaps pride, or at least love?

Last edited 1 year ago by Kosey
0

If Uku was 1 place lower with jury and Andrei and Pluuto got 23 more televotes, then Uku would be on 14 points in 4th, tight

Agreed, the juries cut it very fine for Uku. But once he makes the super final, I can’t see any other outcome than him winning. In fact, I’m sure lots of commentators based in Estonia said this all along, and the results have proved them right.

Apparently, Sissi was the lucky one. Not only she got to the superfinal thanks to the “international jurors” and then she went from just three televoting points to the second place overall beating Jüri.
She would not be even in the semifinal TOP6 qualifiers if there was no second chance televoting round. RIP Gram-of-fun.

“Tartu” is 4th in televoting behind Uku, Juri and Koit. Kind of an achievement tho

Uku’s jury scores don’t look right? He got the same as Kadri (44) but ended up with 3 points rather than 5?

Regardless, he was clearly the deserved winner – I’m pleased for him and wish him all the best in Rotterdam!

wiwibloggs error, he got just 42 points.