Samanta Tīna will represent Latvia at Eurovision 2021 with her song “The Moon Is Rising”.

Samanta was originally due to sing “Still Breathing” at Eurovision 2020. However, the contest was cancelled as a result of the COVID-19 pandemic. But, just like several other countries, Latvia rested its national final for one year and internally selected Samanta instead.

And now we’ve compiled 10 facts you need to know about Samanta Tīna. Let’s do this!

1. She got her start on the talent show O!Kartes akadēmija

In 2010, Samanta competed on the Latvian talent show O!Kartes akadēmija. She made it to the grand final of the show where she beat the three other finalists to win the series. Samanta won the chance to attend the acclaimed Tech Music School in London.

2. She placed second at the Slavianski Bazaar

In 2012, Samanta competed in the Slavianski Bazaar in Vitebsk, an annual Belarusian music festival dedicated to Slavic music. She placed second to North Macedonia’s Bobi Mojsovski. The prestigious contest has previously been won by future Eurovision stars like Ruslana, Željko Joksimović and Donny Montell.

3. She overcame a serious health issue

In 2014, Samanta shared that she had recently overcome a serious health issue. While she didn’t go into too many details about the experience, Samanta did reveal it was the cause of a stressful moment during a live performance. Fortunately, Samanta fully recovered and has since gone from strength to strength.

4. She was on The Voice of Lithuania

Samanta headed over to neighbouring Lithuania in 2014 and competed on Lietuvos balsas (The Voice of Lithuania). She impressed the judges and went on to finish in the top eight, narrowly missing out on making the final four. As Samanta does not speak Lithuanian, she and the judges communicated in Russian.

5. She made six previous attempts at the Latvian national final

Never give up on your dream! Samanta Tīna competed in Latvia’s national final in 2012, 2013, 2014, 2016 and 2019, with a total of seven songs before she eventually won with “Still Breathing” in 2020. In that time, she made the superfinal three times and was the contest runner-up twice. Thankfully, the fairytale didn’t end with Eurovision’s cancellation last year. Latvian TV confirmed her reselection for 2021 just before the Europe Shine A Light show last May.

The New Wave competition is a showcase for young performers of popular music, and among its champions are future Eurovision stars Sergey Lazarev, Jamala, Natalia Gordienko and DoReDos. Samanta competed in the 2016 contest, and while she didn’t win, she made an impact on the Sochi stage.

7. She shockingly withdrew midway through Supernova 2016

Samanta had entered two songs in Supernova 2016. Her first – and arguably strongest – “We Live For Love” was eliminated in its heat but her second song — the quirky “The Love is Forever” — made it to the semi-final. However, after the semi-final performance of “The Love Is Forever”, Samanta announced live on the show that she would be withdrawing from the competition. She felt that she did not have the best song and thought that Justs should win with his song “Heartbeat” – which he went on to do.

Samanta has twice tried her hand at representing neighbouring Lithuania at Eurovision, both times duetting with a Lithuanian performer. In 2013 she competed in Eurovizijos Atranka, performing the electro-pop tune “Hey Chiki – Mama” with Vudis. Then in 2017, she returned with the heartfelt ballad “Tavo oda” in duet with Tadas Rimgaila. Neither song made it out of the heats.

Samanta is part of the growing number of students who have made the Eurovision Song Contest part of their academic work. In 2019, Samanta’s graduating paper was an analysis of the national selections in Latvia and Lithuania — two shows that she has first-hand experience with. It’s the icing on the cake that she went on to represent Latvia at the contest!

Samanta started off singing other people’s songs in the Latvian national finals. But she eventually started creating her own works. In 2016 she co-wrote her entry “The Love Is Forever” and in 2019 she penned “Cutting the Wire”. For her 2020 effort, Samanta teamed up with Latvia’s Eurovision 2015 icon Aminata Savadogo to write “Still Breathing”. And as Samanta proudly asserted on the song, “Life is music, I am a composer!”. The pair reunited for “The Moon Is Rising”, along with Oskars Uhaņs.

Can Samanta give Latvia its second Eurovision win? Tell us your thoughts below! 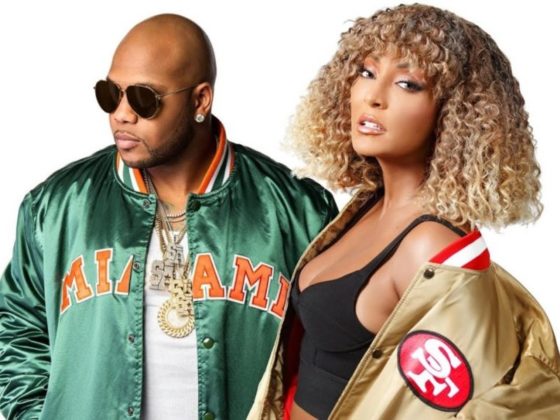 “Time to take off your cloaks!” – Montaigne’s “Technicolour” lyrics tell us to shine bright

I love number 10! It’s become a bit of a meme. I hope health wise she is doing better.

Of course, it’s not my business, but I wonder what health issues did she has. Did it was something about voice or another problem?

I’m incredibly happy that she finally got her shot at Eurovision after so many attempts! Even more now after Covid took it from her the last year! Hoping she does well in May cause she deserved it! <3

Love for lovely Samanta! Guys, never give up on your dreams!

Thanks a lot to the wiwi team to post articles everyday !