A record-breaking 26 artists received the comeback ticket. And with that, comparisons to their previous entries are inevitable. So, we want to hear from our readers. Do you prefer the returning artists’ 2020 or 2021 songs?

Today, we’re heading to the land of fire and taking a look at Azerbaijan. In 2020, Efendi was set to sing “Cleopatra”. This year, she’s singing the track’s spiritual successor “Mata Hari”. Two tracks, two years. But which is your favourite? Vote in our poll now!

“Cleopatra” was a tribute to Cleopatra VII, the last ruler of Ptolemaic Egypt. The track itself is an eclectic blend of sounds combining modern dance-pop and more traditional instrumentations. With the Wiwi Jury — our in-house panel of music unprofessionals — Efendi scored an average of 7.28 out of 10.

“This song is jaw-droppingly fantastic”, wrote juror Oliver R. “There is so much to process in Azerbaijan’s entry to the contest right from the word go. The ethnic trills coupled with the spiritual chant crossed with the infectious chorus makes for a song perfect for the Eurovision stage — not just as an audio spectacle, but as a visual one too.”

Efendi’s 2021 song “Mata Hari” is somewhat of a spiritual successor to “Cleopatra”. The song gets its title from the Dutch exotic dancer Mata Hari, who was executed after being convicted of spying for Germany in World War I.

The track contains musical and lyrical references to Efendi’s previous entry. The pre-chorus chanting is in the Azeri language, marking the first time a Eurovision entry from Azerbaijan has been sung (at least partly) in the local language.

Poll battle — Azerbaijan: Which Efendi song is your favourite?

Which song did you vote for? How does “Mata Hari” compare to “Cleopatra”? Sound off in the comments below. 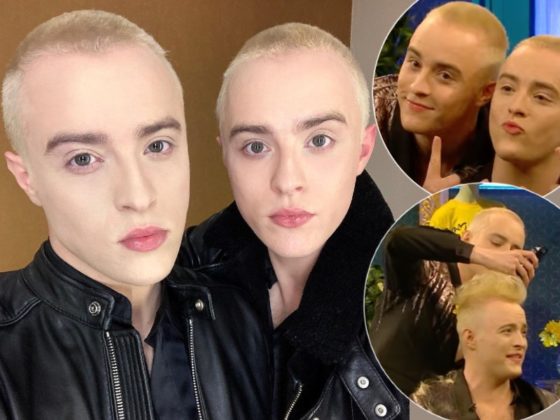 Unleash the beast: Efendi charms a viper during Azerbaijan’s first rehearsal at Eurovision 2021

I love both songs, but I think I prefer Mata Hari slightly. The arabesque instrumentals appeal to me more and I find the build at the end less ‘messy’ than Cleopatra.

i actually very much prefer mata hari. its production sounds somehow experimental, while cleopatra sounded rather empty. both very dated, though.

Cleopatra could have gotten into final, but I don’t see Mata Hari getting a ticket to there. It’s repeating the title too much.

I really can’t like either one, the weird robotic man voice singing is awful. Should have gotten rid of it.

Neither. She needs to be cancelled

Can you explain “cancelling” someone as my understanding is that it’s bullying someone en masse because you disagree with their opinion… is that right?

Chill man … not everything needs to be over-analysed. You ain’t a Knight or theMessiah.

Neither AZE or SRB tried to do something different.

Now the question is, if they have to do something different?

They don’t have to do anything different. But you would think that if returning artists had an entire year to come up with a song that was even better than year’s that they could achieve what Switzerland has done and have a great shot at winning the 2021 contest. If they want to send a mediocre song and just use the contest to increase their fan base, that’s their perogative. But why wouldn’t you want to send a song that slays?!?!

I’d go with Cleopatra; Mata Hari still sounds like a watered-down version of the previous song. At any rate looks like another top 10 for Azerbaijan!

Both are guilty pleasures. Instrumentally interesting, lyrically silly, and full of sex appeal. Definitely made more for fan-service than for pleasing the juries.

Cleopatra at least have something to do with song Cleopatra. Mata Hari is so random that they could have changed words in the chorus to Angela Merkel and there would be no difference

That’s not true, because in Mata Hari sample lyrics like ‘I’m a spy, I uncover’ and ‘All of your secrets, I want them’ tells that Mata Hari was found to be a spy for Germany in World War I.

Well if you have sexual attraction forAngela Merkel, this is your problem 😉

Cleopatra, for sure. Mata Hari is more like a ”let’s try to repeat the success by simply changing the title”. While Cleopatra last year was 5th in my top, Mata Hari is 8th this year, which I suppose is not that bad but def a downgrading situation.

if those songs were from Armenia , probably you would worship them. Silly two-faced hater , you can’t stop her

? What does Armenia have to do with it?

Because I have an another opinion, am I hater. Are you for real?! And for your information, if these entries would have been made for Armenia or any other country, my reaction wil still be the same. And further, I do hope that she has the permission to use the sample of Crucified by The Army of Lovers, or she might face a lawsuit.

Yeah. IMO, the best part of Cleopatra is “Now I’m back with a vengeance…..and it sounds like this.” Otherwise, Mata Hari…especially the chorus.

Lol there is Cleopatra in mata hari as well..both dated euro pops we heard many times just because dana international won eurovision back in 1998 for israel doesn’t mean 2020s can bring success for same style…sorry dated

I am really enjoying both of these entries. They are similar, which is fine in imo as I like them both! This means that I didn’t end up voting though lol!

I really think these polls should have “both” and “neither” options, as a lot of artists brought two songs of a similar quality.

A difficult choice, I love them both and was thrilled when Mata Hari came along, it’s fabulous, but if forced to choose I have to admit my heart belongs to Queen Cleo. But she’ll still have her little moment on stage so all good, top marks to Efendi.

Both of them are beautiful. I can’t decide

Despite neither being entirely serious, “Cleopatra” has the edge especially in relating the song to the listener. “Cleopatra” was “just like me” and all the stuff in the Bridge really works well, and it sounds… like… this…
As for “Mata Hari,” it’s a nice follow-up with a very memorable hook, but it doesn’t sound as well-developed as “Cleopatra” was. But “Mata Hari” is a lot more fun though; if they do it live, I wonder how that will work. 🙂

I recommend eating chocolate during sex.

There’s rarely the chance for me to put anything else in my mouth!

Cleopatra never fully clicked with me, but Mata Hari has. especially in the bridge before the final chorus with the rising reverbed vocals in the background, I could loop that part for ages.

Mata Hari. I’m really into it right now. Top 10 should be guaranteed.

Mata Hari is far superior especially on the chorus’ part, I think.

There’s really no comparison. Cleopatra was Top 10 material, Mata Hari will be lucky to make the final.

Both mainly because they’re so similar