Eurovision 2021 will see 17 female solo singers take to the stage of the Rotterdam Ahoy arena. From ballads to upbeat and everything in between, these ladies are bringing a variety of songs to the contest.

They’re all hoping to follow in Netta’s footsteps, who was the last female solo singer to win Eurovision in 2018.

We asked you to vote for your favourite of these 17 talented women. After counting a massive 15,163 votes, we can now reveal the result…

Coming out on top of this poll is Stefania. Representing Greece with the song “Last Dance”, the star picked up 2,276 votes – that’s 15.01% of the total.

Having previously represented the Netherlands at Junior Eurovision 2016, Stefania is ready to step up to the main event. There’s been much intrigue over her staging plans for the contest with reports indicating the Greek delegation could be going big.

Although we know that she won’t be riding a Pegasus on stage, it seems plenty of y’all are hoping Stefania will still fly high on the night.

In second place is Destiny from Malta, who earned 1,801 votes (11.88% of the total). Another Junior Eurovision alum, she won the contest in 2015. At Eurovision 2021, she’ll be singing the swing-infused female power anthem “Je Me Casse”. Destiny currently remains the bookies favourite to win the contest, and she’s also a favourite with many of you as well.

The final position on the podium in this poll goes to Croatia’s Albina. Her entry “Tick-Tock” received 1,522 votes (10.04%). The previous Eurovision song by that title went on to place sixth in 2014, so no doubt Albina will be hoping to earn a similar, if not even better, result this year.

Rounding out the top five are France’s Barbara Pravi and Cyprus’ Elena Tsagrinou. Barbara is bringing the captivating chanson “Voilà” to Eurovision 2021, while Elena serves us the fiery pop song “El Diablo”. Despite the difference in styles, both women are clearly standouts with y’all.

Both Barbara and Elena earned over 1,000 votes in our poll. The only other act to do so was Romania’s Roxen, who finished in sixth.

Full results: Who is your favourite female solo singer at Eurovision 2021?

What do you make of these results? Do you think any of these female solo singers will go on to win Eurovision 2021? Let us know in the comments below!

View the results of our other Eurovision 2021 polls here 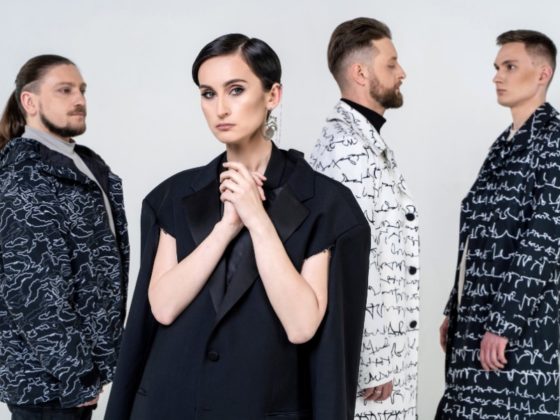 The only thing that annoys me about this opinion is the “Netta-replica” comment. How is Destiny anything like Netta!?

Of course she is *eye roll*

Last edited 1 year ago by Keisha
1

Two karens agreeing about each other sh*t. Amazing.

The truth
Reply to  Ellen

These two are always posting their hate on Malta. Wonder what their agenda is? They seem to have completely forgotten that this is a music competition and not politics. Spreading so much hate will backfire on them. They are making people sick with their sad comments everytime Malta comes up. They are slowly convincing people to vote for Malta. I will be the first one to do so.

Bying views not votes. 4.9 M views and only 42K likes when Switzerland has 2.3 M with 62K likes lmao. But it’s not exclude they are bying likes too.

Destiny did not buy votes the Maltese delegation did so do not blame Destiny. Stefania should not use this article in her story.

We don’t know if Stefania is in charge of her stories. And it’s her very own right to do that. However, stating that the Maltese delegation is buying views while we don’t have any proof or receipts of it, is just fake and gossips. Malta is first in the odds, of course more people would want to watch the mv. And those people aren’t force to put a like on the mv.

She shared her stories i do not have a problem with that.

Anna Sokolic and Samanta Tina so low? I’m shocked. Their voices are so strong and powerful.

This blog is not objective anymore. Mad trolls of Greece, Cyprus and Bulgaria has taken it over. sad.

@’Who Am I?” is there anything else that you can share with us? 😀

Literally speaking, May 9th is the rehearsal for Cyprus, Romania, Malta.
Greece’s rehearsal is on May 10th.

You mean the ladder with the green screen effect?
Yeah, I think I have seen a video with that.
So, I assume she is going to walk/dance/levitate on this invisible ladder. Right?

But saying that the light will shine to the moon and back?
That sounds so promising…
Anyway, I am really rooting for Greece this year. And as I can guess, I am not the only one 😀

Well done once more to Stefania.. Definitely the dark Pegasus(dark horse) of this year..!!! Definitely top 10 for me if not higher

I don’t know, this poll is about your favorite female singer, implying that the choice should have nothing or little to do with the songs. In no way Ana should be the last.

Last edited 1 year ago by Ziv
5

the singer with the best voice is ….. by far … ana soklic

Everyone is complaining because she has a fanbase. Wait, what?
You know that her fans have voted for her, right?
Anyway, she is not trying to cheat or to buy fake votes as others will do (buying fake views, etc).

Btw, people are naive if they think that she comes first in these polls only because of her Instagram posts.
She is a great artist and performer and she is going to blow your mind in May.

Last edited 1 year ago by Batkas
12

Honestly, I don’t think 2000+ people voted for her only because she posted the article on Insta. She’s a brilliant artist and has a fascinating personality, so there’s no reason to be angry because she won. It’s just a poll on a Eurovision fansite, after all! 😀

Such a sweet girl.

Kinda reminds of Helena Paparizou when she competed the first time with Antique.

Last edited 1 year ago by eurovisionfun
24

Stefania is sweet for sure as a fresh teenage girl…but unfortunatelly for her is the fav invisible entry till today. Not her fault ofcourse…

It would be such a surprise if you make a good comment about Greece aren’t you? Shocking…!!!

Where is the ‘bad’ thing in my comment please ? Look at the ert…to find the causes of her invisibility !

Toxic people get away .STEFANIA WILL SLAY

My favouritests are (in no particular order) ROXEN, MONTAIGNE, MANIZHA, VICTORIA, and SENHIT. They are so talented and courageous <3 <3 <3 <3 <3

Talented is not an appropriate word for artists over 20…ok 25 ! Courageous for what ?

Courage is something I see about all of them. And I hope they believe in themselves to the furthest moons and back.

ok but I believe this apply to almost all the artists…

Of course she is!

she posted the Wiwiblogs article on her insta story so her fanbase mainly teenage dutch girls voted all for her.

Last edited 1 year ago by Escfan
-9

Why not? At least the fans will vote for her.
At least she will not buy the votes as others are going to do.

Who will buy votes?

One starting with A and ending to N maybe?

These dutch girls are going to vote her also in final so….. go to cry

I hate to ruin it for you but The Netherlands will vote in semi-final 1 so her fanbase can not vote for her.

and you think that Greece will not qualify? FINAL VOTES CHECK!

if the dream team will buy votes like they did in 2018 then she has a chance to qualify.

Everybody say: Congratulations Stefania for having a strong fan base supporting you all way through. 🙂

Last edited 1 year ago by eurovisionfun
18