Chk-chk-chk-chk-cha! Lithuania’s The Roop had their first rehearsal at Eurovision 2021 on Saturday, and they spent a few minutes with our William afterwards. So practice that Vaidotas move with one hand and press play with the other!

The Roop have become national treasures back at home, and the love continues abroad. The word from the press room is that they took what they had in Lithuania and raised it to the next level.  However, Vaidotas, Robertas and Mantas were not 100% satisfied: “It was not so perfect but it will be”. But they say that for the next performances their “mood button” will be on.

Our team in Rotterdam had a slightly different take on the matter. After their performance, William wrote: “This is how you amp it up. The Roop have taken the key elements from their stage show in Lithuania and pumped ’em up with steroids. The yellow outfits remain, but now they’re set against a more glorious backdrop dominated by shades of purple. At times we see a subtle clock image and at times it becomes a race car flag — it’s a black and white checkerboard like the floor in their music video”.

One of our bloggers watching from home was feeling it too. Oliver wrote: “The whole group executed their choreography perfectly, and made full use of their three minutes to captivate the audience. It’s hard to imagine a scenario in which Lithuania doesn’t qualify for the grand final”.

The Roop “Discoteque” at Eurovision 2021 in Rotterdam

As Mantas pointed out in the interview, they have so many more technical options with the stage in Rotterdam compared to back in Vilnius. And while that could bring complications, it’s more a case of so far so good. The “overall homework was done perfectly”, which has left Vaidotas feeling “calm and okay”.

Many people were wondering what the electrocution effects on stage meant. Nodding to their 2020 entry, Vaidotas said: “It means that we are on fire”.

As they said last year, “The world is my desire” and that’s the case now as well: “We hope to see you LIVE in any country where you live”. That’s how you send a message to the fans in 2021!

How much did you like The Roop’s first rehearsal? Is Lithuania headed to the final? Tell us in the comment section below! 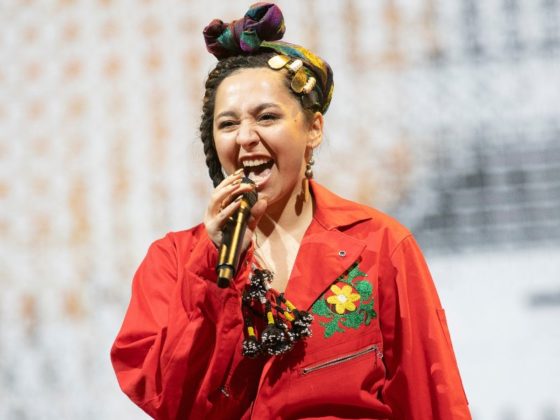 I’ve wanted this song to win since the first time I heard it.

I like the disco 00s vibe they bring. Also , frontman is hotter than sun in Sahara.

Hahhaha true that.. and very stylish 🙂

Awww love this bubble of happiness <3