Eurovision is historically one of the most watched programmes of Belarus’ state broadcaster BTRC. In 2019, Google Trends revealed that Eurovision was the most-searched TV programme in the country. However, Eurovision 2021 is currently not listed in the television schedule of the Belarusian broadcaster.

Back in March, Belarus withdrew from Eurovision 2021 after BTRC did not manage to submit an entry in accordance with the contest’s rules. On two occasions, the proposed Belarusian entry was rejected for containing lyrics that brought the contest into dispute.

Eurovision 2021 is not listed in Belarusian TV schedules

Belarusian newspapers Komsomolskaya Pravda and Argumenty i Fakty both stated that if BTRC were to really end up not broadcasting the contest, the only way for Belarusians to watch Eurovision on television is going to be through the international version of Russia’s Channel One.

“As BTRC have failed to submit an eligible entry within the extended deadline, regrettably, Belarus will not be participating in the 65th Eurovision Song Contest in May.”#Eurovision #ESC2021

Since being disqualified from Eurovision 2021, BTRC has ceased reporting about the contest all together. The broadcaster has instead started to focus on the production of their local X Factor and on the arts festival Slavianski Bazaar. On the web site’s page dedicated to Eurovision, BTRC has placed a long statement outlining their dissatisfaction.

Belarus is not the only withdrawing country from Eurovision 2021 who will not broadcast the contest. Armenia bowed out of the contest after events in the country did not give them enough time to prepare an entry. Eurovision 2021 does not appear in the Armenian public broadcaster’s schedules either.

However, countries that withdraw from Eurovision do not always decide to abstain from broadcasting the contest. In 2019, after Ukraine withdrew from Eurovision, both of its broadcasters still decided to broadcast the show. BTRC itself started broadcasting Eurovision as early as 2001, three years before the country first took part.

What do you think? Are you sad that people in Belarus won’t be able to watch Eurovision 2021? Let us know in the comments below! 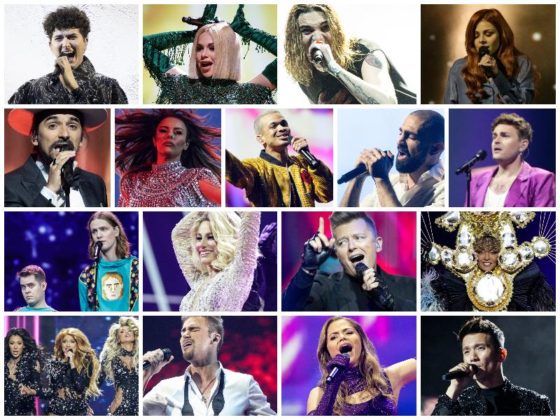 When Turkey withdrew, they went from a bad reason (sore losers) to an even worse reason (too gay for them). I wonder if something similar will happen with Belarus.

Not surprised at Belarus. But odd that Armenia is not even showing it.

They may not want to show *that* neighbouring country.

Armenia’s withdrawal was embarrassing for the country. The Armenian public feel defeated, especially seeing Azerbaijan compete in ESC whilst they can’t. I wouldn’t be surprised if Armenia decided not to return to Eurovision.

Unfortunately, I have a feeling that Belarus won’t participate for a long time because of what happened, BTRC are Lukashenkos puppets rn

What artist would want to Cooperate with the broadcaster to perform at Eurovision? Belarus might be out for a long time at this point

in benny cristo’s words : I honestly don’t care, I’m happy their NOT here.

Belaus was expected. But Armenia is shocking to me!
Does it mean they are not planning 2022 comeback. I have so many songs from Armenia I adore. It’s like missing another Turkey 🙁

I hope so, too. But wasn’t there some rule saying that you need to broadcast all three shows if you want to participate in the following edition? Or did they drop that?

And water is wet.

I’m honestly sad for all the Belarussian eurofans out there who are, not only missing their favourite show on TV (which is the unimportant part) but they’re also forced to do what the government wants them to do, other than that it was expected to not be broadcasted

I’m sorry Belarusian people have to go through all of this and I hope things will improve soon.

Like Turkey and Hungary, countries with far right regimes/dictatorships once they are gone, they wont come back. Hopefully they will return when there are democratic parties in charge again.

Are we supposed to be shocked?

could we possibly be seeing an extended absence of Belarus from the contest???

On Belarus: the decision to not broadcast the show is silly. Why come to that? REALLY??

If anyone could, please, inform us of what will they (Belarus) broadcast on the same timeframe? That would be interesting to know.

the article states that the first two episodes of a Russian tv-show will be broadcast when the grand final is due to happen.

Yes of course – how about the nights of the semis. Especially semi1.

Turkey says hi. After 39 years of participation and broadcasting TRT acts like ESC is not existed. Such a shame for countries with long history with the contest.

One of my most favourite entries in the whole history of Eurovision is Turkey 2010. I am sad they are not in the contest anymore.

The ultimate irony would be to show a Galasy Zmesta concert

Doesn’t that mean they’ll be unable to take part in the next year’s contest as well?

All member broadcasters who want to take part can do so by confirming to the EBU their participation so if BTRC has every intention to return next year, they’ll do so.

Honestly I don’t think Belarus will return any sooner than 2024, so that they forget about the ‘incident’

But Montenegro and Andorra are coming back so we won’t miss them!

We will, actually, because even Belarus had some kind of originality in the contest sometimes but I would prefer Montenegro and Andorra, 2 countries that always surprise us (mostly negatively but ok) than Belarus

Ms.Petty been going around i see