It’s the Alpine nation that’s seen its Eurovision fortunes transform in recent years. And now, fresh from a second consecutive top-five finish, Switzerland is almost ready to hit the ground running for 2022. The country’s German-language broadcaster SRF has confirmed that it will start accepting songs from 1 September.

In an 8 July Facebook post, the Swiss TV channel writes in German: “Switzerland will also take part in the 2022 Eurovision Song Contest. From September 1st, it is possible to submit songs for the Swiss participation in the Eurovision Contest 2022. Detailed information on the registration regulations and selection will be communicated in mid-August”.

The post makes clear that we’ll have to wait another month before we get a clearer picture of what the Swiss have planned for next year. But given the success of both Luca Hänni in 2019 and Gjon’s Tears in 2021, one would expect that the broadcaster will stick with its current internal selection process.

In 2020, a 100-member audience panel and a 20-person international expert jury will rated both the song submissions and artists. The two panels also made the final decision on the artist and song — which in that instance turned out to be Gjon’s Tears with “Répondez-moi”. The audience panel and expert jury had a 50/50 vote split.

A similar process had been used in 2019. However, following the cancellation of Eurovision 2020, Gjon’s Tears was internally reselected in 2021 without the involvement of the audience panel and expert jury. However, they still had a say on the selection of his song “Tout l’univers”.

While Switzerland has reaped the rewards of this system, it’s not necessarily a guaranteed way to the top of the scoreboard. Germany’s jury method is identical to that of Switzerland’s and indeed was developed by the same management consulting team. In 2019 and 2021, Germany placed 25th with both S!sters (including zero televote points) and Jendrik (again, no points from the public).

Are you excited for Switzerland’s Eurovision 2022 plans? Is the glass trophy calling? Let us know in the comments. 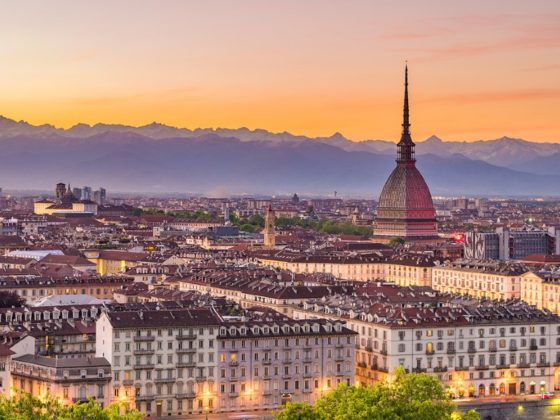 Obviously Germany proves that copying Switzerland’s process does not guarantee success but surely Switzerland can offer lessons to other countries on how to do well in the contest.

I think Germant made a wrong decision this year with Jendrik, i think they believed that his song would be memorable somehow. Unless, the general quality of the entries was really low and Jendrik stood out?

Let’s not forget that Germany had a good entry in 2020.

They were trying to capitalize on songs like Think about Things, Uno, and On Fire from last year and do their own quirky song, and it backfired.

I think Germany had good songs in the mix, they just chose what they thought was the most memorable (but it was also the worst) song.

I hope they choose an Italian song!

I mean why not? Eurovision takes place in Italy, they haven’t sent an Italian song since 80s (i think) and it’s a region that is under-represented in Switzerland. Luca represented the German part, Gjon the French part so please find a strong act from the Italian part.

I’d love to see Anna Rosinelli making a comeback and getting revenge on her last place in 2011. Her music has changed a lot.

That would be cool for Switzerland an Italian song, but they actually did send one the last time Italy hosted in 1991–Canzone per te which placed fifth.

Thanks for reminding me. Still, a long time ago (and they did it in Rome, what a coincidence). Wasn’t the guy in 2014 also from the Italian region of Suisse?

I hope Switzerland does not send a song in English unless it’s a masterpiece of course.

Will we have a new version of Die Entscheidungsshow?? It wasn’t very effective lately but we’ll see…

I don’t think so. Switzerland will likely use an internal selection again as they have been doing the last three years because it’s getting them top five results. Why change up a method that’s working well for them?

a small off topic, during latest Kate’ ivestream Gjon was there ( as always lol) so he asked Kate when they finally gonna meet again cos he misses her a lot, she later said she hopes they will meet very very soon and that she gonna visit Paris in near future, also Taras said that colab with Gjon is on the way, I really can’t wait for this to happen 😀

I know they have each other private numbers but their public interaction always cute to witness, haha

the funny thing that Kateryna was speaking in Ukrainian like 90% of her stream only briefly switching in English few times, but Gjon was still hanging there and sending hearts for her in comments, lol
well, I was the same, watching Kateryna with no knowledge what the hell she is talking about, lmao!

well considering their long last friendship I’m not surprised, they want to do it for long time but covid ruined their plans last year

Send an act with Gjon’s power vocals and Luca’s skills as a performer and Switzerland is due for a win. Both Luca and Gjon were great but I’m probably the only one who really disliked their facial expressions to the camera, which was beyond terrible imo.

Last edited 1 year ago by Preuss
3

Switzerland should keep doing what they’re doing since internal selection is clearly working for them. At this rate, we might actually return to Switzerland in a few years. As much as I want to see more first time winners this decade, I would be happy for Switzerland’s third victory because it’s been too long since they last won (1988). That said, I have noticed a pattern with Switzerland’s recent entries. As high quality as they are, they do seem to be capitalizing on what was successful at previous contests the year before–“She got Me” clearly takes on “Fuego”; both of… Read more »

and? i still dont see the obvious similarities people always seem to talk about. symphonix has also made a ton of songs but I don’t think if love was a crime and beautiful mess sound anything alike….

half the people on this website think that any two sad male ballads are exactly the same song, unfortunately. or two of any song in the same genre. look at the tiring Fuego comparisons year after year

Tout l’Univers is more dynamic and not even sad

agreed. not saying tout l’univers isn’t dynamic, it was literally my 2021 winner. there is some sadness to it, though

I understand your point, but c’mon, She Got Me was clearly “influenced” by Fuego. And look who wrote it, those who have their finger on the Eurovision pulse. As was Voices 2021 by A Million Voices 2015. But the copycat routine from 2015 did not work a second time.

So if “Yesterday” and “Eleanor Rigby” are both composed by the same Beatles writers they must be really similar? But they’re not…the same composer produces varied and different songs. Tout L’Univers is way different to Arcade.

Can’t wait for more quality from them

This year, it was Gjon’s Tears and his collaborators with not a lot of familiar names as far as I know,

Wouter Hardy had just won in Tel Aviv, though…

They don’t need to change anything with their way of selection.The win might come sooner or later.

Switzerland is not San Marino and it’s not managed by Kirkorov where he gets to decide when Sergey Lazarev will take part.

Switzerland win the juries every 32 contests. Next year, maybe go for a televote winner. 4th, 3rd… next year 2nd. 2023 is their year if things go to schedule.

It’s gonna be hard for them to give us a 4th excellent song in a row, but the spotlight can help them. We can see that they want to win so bad recently and it may finally happen

After all those years of struggling in the semi finals, it would be amazing to see Switzerland win again because it’s been so long. If the 2010s was the Dutch Renaissance at Eurovision, the 2020s could be the Swiss Eurovision Revival. I can’t wait to see what they’ll submit next year.

2010s wasn’t only the Dutch Renaissance, it was also the Bulgarian Renaissance.

Last edited 1 year ago by Luc
0