Our colleagues at Eurovision-Spain are reporting that RTVE will make announcements on Thursday 22 in the sunny seaside resort town Benidorm, in a meeting with media.

RTVE later confirmed the news. The broadcaster quoted a recent statement from its president José Manuel Pérez Tornero who had said the channel would take Eurovision “very seriously”. He said, “We are the only Spanish public television that belongs to the EBU, we are interested in the event and in contact with youth in their European context.”

Why is Benidorm relevant, though? Apart from being one of Spain’s touristic hot spots, it was the city that hosted Festival de Benidorm.

Festival de Benidorm was Spain’s version of Festival di Sanremo. The festival launched in 1959 and it was last held in 2006. However, the recent news has fans wondering if RTVE working on a reboot.

However, the festival was never related to Eurovision. In fact, only one of Spain’s Eurovision entrants won: Julio Iglesias — who came fourth at Eurovision 1970 — won Festival de Benidorm in 1968.

Coral Segovia — a Spanish fan favourite in the last decade — was one of the last winners of the festival in 2005. She would later go on to finish second twice in Spain’s national selection, in 2008 and 2010.

Spain has used small-scale national finals to select its act in recent years, including Mira quién va a Eurovisión, the drama-filled Objetivo Eurovisión and the talent show Operación Triunfo. RTVE internally selected Blas Cantó for 2020 and 2021.

The news follows a recent reorganisation at RTVE, with the broadcaster intent on moving in a new direction.

Bordás joined the Spanish delegation in 2017, after the abrupt exit of Federico Llano following the heavy Eurodrama at Objetivo Eurovisión that year. She was supposed to handle the job temporarily, yet problems with RTVE’s renewal of direction have delayed her exit.

Despite the poor placings at Eurovision, Bordás has managed to bring Spain back to Junior Eurovision, where the country has achieved two top three results.

What do you think? Should RTVE bring back the Festival de Benidorm? Will a big national final help Spain at Eurovision? Tell us your thoughts below! 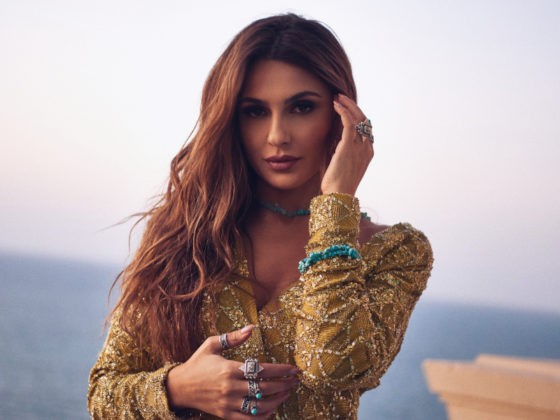 Spain has one of the largest – if not the largest – fanbase at Eurovision. Instead of simply going back to the traditional “Festival de Benidorm”, I think it’s time for the Spanish delegation to seriously rethink its format.

Introducing a tour accross the country and a region-based televoting system would outsell the format since Spain is known for having large international arenas in most of its regions. The Benidorm Festival should definitely go national.

Last edited 1 year ago by Eneko
5

I dont wanna get hyped cause obviously we are talking about RTVE but if this means that they are rebooting the festival as a national final and if they manage to have even some of the producers of the latin songs that have billions of views this is going to be the national final to watch. Fingers crossed

I completely agree with you! Songs produced by guys such as Alizzz or Tainy would be an interesting feature.

wow this is so weird that they have an announcement so soon and in that town. It must be related to that festival…

Raphael also won and was in Eurovision.

In 2000 a song won which was in Spanish NF for ESC before though. You need to check your facts better before posting, guys!

TWO Spanish participants won: La Decada (1988) won the final edition to date in 2006. If they do bring it back and use it for Eurovision, that would be HUGE, and it would definitely signify that Spain is taking the contest seriously at last.

La Década had a completely different lineup by 2006 (just a note).

Yeah, but in theory…

I had to double check it wasnt April’s Fools Day today. Well, itnteresting we are having news so early. Usually we have to wait until December…

please let it be a big, slick televised national selection!!! Spain has Wizink Center, Palau Sant Jordi or Bizkaia Arena, so use one of them as the selection’s venue!!!

I guess the point is they will be using a venue in Benidorm.

so yeah, a return of the Benidorm festival might also be an option. but still, I want the production to be slick and not outdated.

The Spanish fans will make a national final sold out if it is held in an arena like the ones you mentioned. It’s a shame that RTVE doesn’t put much effort.

F***ing hell I hope not LOL

As a Spaniard this is excellent news.