She’s the woman behind the monster global hit “Dance Monkey”. And now, Tones And I has revealed that she was approached to be involved with writing Australia’s Eurovision 2021 effort. Alas, lockdown restrictions scuppered her chances of writing a potential song for Montaigne.

However, the singer born Toni Watson is not throwing in the towel, declaring that she would love to be involved with the artistic side of the Australian Eurovision entry for 2022.

Speaking on the Fitzy & Whippa radio show, the hitmaker explains that “I was asked to help write the Eurovision song for Montaigne which is honestly the coolest thing. But I didn’t, with lockdown, we had lockdown again. I wasn’t able to get to the studio or anything like that”.

As we know, Montaigne ended up going to Eurovision with “Technicolour”, a track she co-wrote herself with Dave Hammer. Unfortunately, 2021 wasn’t to be Australia’s year. COVID-19 measures stopped the delegation from travelling to Rotterdam, meaning Montaigne had to perform via a live-on-tape recording. The country also missed out on the grand final for the first time since its 2015 debut.

Tones And I wasn’t the only heavy-hitter in the mix. In the months leading up to Eurovision 2021, Montaigne revealed that the legendary American songwriter Diane Warren had submitted a song for her consideration.

Tones And I wants to be involved with Eurovision 2022

Circumstances may have stopped her from helping out with Montaigne’s 2021 song, but Tones And I remains undeterred. She still wants a crack at Eurovision in some shape or form. “After that, I spoke to the guys and said I want to be involved in Eurovision. I want to help write the song and the artwork. I love writing the songs, I love doing the film clips. She finishes up by saying that “next year I don’t mind if I sing, I don’t care about singing that’s fine, but I want to be a part of the artistic side.”

While Australia has confirmed its participation for 2022, the exact details of its selection process have yet to be revealed.

What do you think of Tones And I’s comments? Would you like to see her write a song for Eurovision? Let us know below. 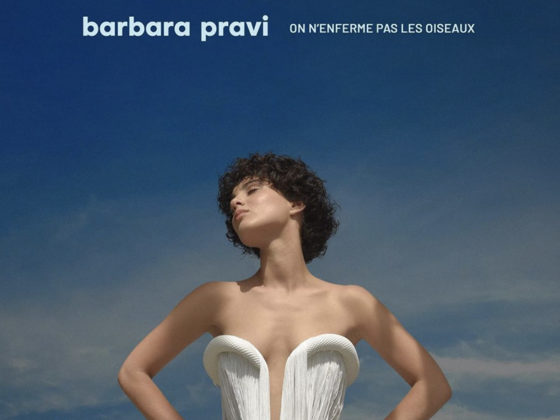 Australia internally select Tones and I for 2022. Australia Decides can wait till 2023

One pandemic at a time please…

Australia needs a current name to ignite the interest, although i do think they should not compete past 2023.

why tho? they have been doing so great from the past few years….

I liked Technicolor and it was a bit of a disappointment when I didn’t qualify, however I didn’t expect it to. I hope Tones and I will come up with a really good song next year.

Ok, Tones And I is an incredible artist and I only few can replicate what she does but I think it’s better for Eurovision to have its acts in which you can see the pure love, hard work and honesty put into them with your own eyes, like in Technicolour, which is something Montaigne almost exclusively worked on

And you dont think you would get that with Tones and I? You dont think she would work hard like she does with every song?

Her help was needed. 🙂
Love that big Australian artists are not scared away from Eurovision like the Brits. They celebrate it and see it’s potential as a platform.

omg this LEGEND. she always gets so much uncalled for hate from twitter stans, but her album is actually really nice !

Why is she getting hate? To me she seems like a very nice person and her songs are good as well imo

I don’t think SBS would internally select her for a myriad of reasons so she’d (or the singer she’s writing for) would have to win a national final.

They have already planned to do the gold coast NF and even pre-pandemic Dami Im said she would have entered in last year’s, and it’s a kinda profitable event in Australia I guess… (I’m not Australian :p)

keep trying to convince yourself that technicolour was bad lmao

keep trying to convince yourself that technicolour was actually good lmfao

when montaigne said “everything is frustrating” in her top-tier bop, I think she was talking about u

People can think a song is great while still realizing it probably won’t do well in the contest.

I feel like her style and Montaigne’s vision would’ve been something amazing, so I’m sad we didn’t see that this year. Oh well it’s a shame.

Rather divisive than forgettable.

And divisive in ESC usually equals to do really well or even winning so its good.

Absolutely, look at Go_a for example

But then look at Latvia this year (although id say last year sounded like much better staging ;(destroying it with effects) and it was an amazing song

Was Latvia really divisive though? We all knew it wouldnt qualify

Not really. Sometimes divisive entries achieve a lot (Go_A, Hatari, etc), but often they fail (Conan Osiris, o jardim, etc). It really depends on visuals and PR. If staging is not well and marketing isn’t enough, it won’t work.

Hmm. Seems to me Conan Osiris simply was disliked. Which is why he couldnt reach top 10 with both groups. No one got it..

did you literally not see the legions of fans clamouring about how much they loved telemoveis? including myself.

What fans think isnt important since they dont decide the outcome. If fans really voted then how come San Marino ended up bottom 5 despite massive support? Its the casual viewers who only hear songs once that decide and they didnt like it. It was disliked