It’s the long-running Italian song festival that was also an important stepping stone in Måneskin’s path to global domination. Now Italian broadcaster Rai has confirmed key details of the 2022 edition of the Sanremo Music Festival. Amadeus will again return as the artistic director and host of the contest. As well, the five shows of Sanremo 2022 will return to the usual early February dates.

The news was announced today. Rai CEO Carlo Fuortes and Rai1 director Stefano Coletta confirmed that they had selected Amadeus to return as the artistic director and host of Sanremo 2022.

In a statement, Coletta explained why Amadeus was the obvious choice:

“The musical journey undertaken two years ago by Amadeus marked an important cultural change in the history of the Festival which led the Måneskin, winners of the last edition, to also win the Eurovision Song Contest, important international recognition for the Italian song. It is in this direction of innovation, one of the objectives of the Public Service, that Rai intends to continue to enhance the musical talent in an ever greater way through the most popular television event in the country.”

The news of Amadeus’ return comes as somewhat of a surprise. In June, Coletta said that Amadeus would not be returning to Sanremo 2022. However, at the time Amadeus had also made himself available to pass on his experience for the 2022 edition.

Amadeus has helmed the previous two editions of the Festival di Sanremo.

It’s not yet confirmed if Amadeus’ 2021 co-host Fiorello will return to the 2022 show. Amadeus and Fiorello have a decades-long friendship and professional relationship. Many see his return to the contest as an obvious choice for the 2022 edition.

Sanremo 2022 dates confirmed for 1 to 5 February

Rai has also confirmed the dates for Sanremo 2022. The five nightly shows will take place from 1 to 5 February 2022. This means the 2022 edition of of Sanremo will take place in its usual early February period.

The five shows of Sanremo 2021 were moved one month later, in early March. This was due to concerns around the Covid-19 pandemic. The later date gave Rai more time to organise the festival amid new health and safety precautions.

What do you think? What acts would you like to see compete in Sanremo 2022? Who should join Amadeus in co-hosting the shows? 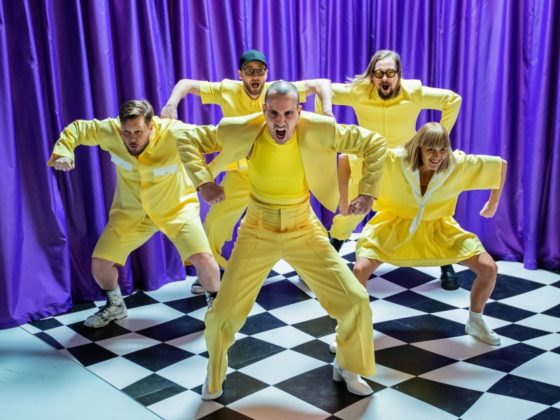 Great news! Amadeus literally elevated this wonderful festivals even to the higher level. He brought a lot of contemporary and interesting artists to the show. If not his vision, maybe we wouldn’t see måneskin winning all these.

Last edited 1 year ago by nycforeverever
2

I love it, from Sanremo
https://www.youtube.com/watch?v=rUzEz38nb6g&list=RDGMEMQ1dJ7wXfLlqCjwV0xfSNbA&index=6&ab_channel=Melox

There is no other country more deserving of a back-to-back victory! Forza Italia!

literally. what a damn good song.

Amadeus has been excellent for Sanremo. His being at the helm not only ensures another great year, it also means Italy will have an excellent home entry for Eurovision!

Good.
I think Italy will win again in the near future if they will continue with the direction they started with this year.

where i am, sanremo is very late. but i try to watch at least the final, because Sanremo is always a riot