Last year Rafal’s song “The Ride” stalled in the semi-finals. But now Poland’s TVP is ready to hit the road once more. The Polish broadcaster has opened its call for Eurovision 2022 songs and artists. Just as it did for Eurovision 2021, the broadcaster is will choose its acts behind-closed doors in an internal selection. However this year it’s casting its net a bit wider and allowing anyone to submit a song.

You can read the full entry rules (in Polish) here.

Interested artists have until November 20 to submit. The broadcaster asks that artists provide a short biography along with photos. Crucially, they also need to send an .mp3 of their proposed song, which, as every, must not exceed three minutes and which must not have been released commercially before September 1 of this year. You send all of it to [email protected].

As Eurowizja.org explains, the selection will take place in two phases. During the first phase, a five-person jury will cull the submissions significantly. Each member of the jury will choose three artists for the second round. Interestingly, and as Dziennik-Eurowizyjny points out, each juror may put one artist from outside the submitted entries into their Top 3.

During this phase, the jury rate each of the songs from 1 to 10. The artist with the highest score will win the ticket to Eurovision 2022. In case of a tie, the jury chairman decides.

TVP will reveal its winner by January 2, 2022. As not to embarrass anyone, only the name of the winner will be revealed publicly.

Are you excited that Poland is choosing internally, or would you prefer a return to a televised final? And who do  you hope to see submit? Let us know  down below! 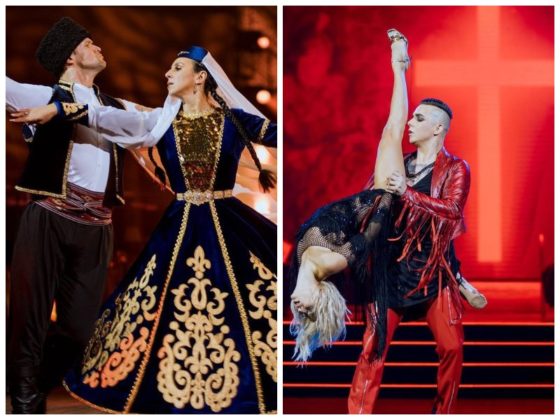 it’s weird they ask a biography. i think it should be like in other esc internal selections which only the song and voice can be known, otherwise, there could be potential biases

yeah, also imagine if a juror biases for their biography instead of the songs. I see a AGT here.

We don’t know that yet. It all depends on the chosen singer and song. I’d like to see Poland make the final for the first time since 2017.

What about legendary polish diaspora? xd

On one hand, it’s good that Poland is taking the early initiative to get started on their Eurovision preparations, but whether it will actually improve their qualifying chances remains to be seen.

I think they should give Szansa na Sukces another, well, szansa na sukces.

You can ask her if you want, but I’m not holding my breath for Hungary or Montenegro returning next year

Still can’t understand they robbed one of the very BEST vocalists of Eurovision… She was ultra talented at only 17 and i bet some countries would do anything to send such a singer. You made a mistake for 2021, at least choose her for 2022 and don’t forget she won a National final and still didn’t get the chance she deserved.

Alicja who was supposed to represent Poland in 2020.

Sounds exactly like the system the Netherlands used in 2012, after a dismal streak of NQ. As reported by members of the selection committee back then, the overall level of the entered songs was shockingly bad and they often were sighing with embarrassment as in “why did people think they could possibly enter this crap??”. In the end, the broadcaster hurriedly selected a few artists that all had a contract with the same record company for an improvised national final, which yet again gave us a NQ. I’m not saying Poland stands no chance with this system, but it doesn’t… Read more »

And yet Franka deserved to qualify.

D A R I A has almost certainly entered and very likely with her song Paranoia which is top of the Polish Radio Charts at the moment, also I really like that you aren’t closed minded at the end of your comment 🙂
It was reported initially that she had been selected but then it’s only confirmable as a rumour, but on Paranoia’s music vid there is comments saying this is exactly what we need at Eurovision (in polish) and wish you the best that she has liked so its almost certain she applied and likely it’s Paranoia

At least Poland didn’t withdraw! Not that I expected them to but anyway… Someone has to end that dreaded 3-year NQ streak they got going

What I find baffling about Poland is that it is a relatively big and wealthy country that has plenty of talented singers and songwriters. It also has a bigger population than Sweden and Australia, both of which are Eurovision powerhouses. Yet their Eurovision track record is pretty terrible. They’ve never once challenged for victory in contrast to much smaller countries like Malta and Cyprus. Is it simply because Poles don’t care about the contest perhaps? Also baffling is the fact that TVP seems to care more about Junior Eurovision than the adult contest.

Polish Eurovision fans are quite many. The problem is, we have little to nothing to say as it comes to picking our representatives and the people responsible for selecting songs/artists seem to have pretty much zero knowledge of how music and its industry developed throughout the years.

I think Poland has quite a lot of viewers when compared to Australia… so I think it’s not a problem of popularity because the contest is actually quite popular.

The fault lies on the broadcaster for sure.

ESC was probably more popular before we joined lol

That doesn’t explain why she lost, it explains how she came second. She cheated.

Not to say she did not deserve it…

Hoping and praying they give us back Alicja

If she Is planning to submit something for 2022. I hope so, but we’ll see

So with Poland we have 30/33 confirmed countries. We’re still awaiting news from: Austria, Bulgaria, Cyprus, Malta, Moldova, North Macedonia, Romania, Russia, United Kingdom Bulgaria, Malta and Romania have stated their intention to participate, but as far as I know, it’s not official yet. They will most likely participate either way. As for the returnees, we are still awaiting official news from these countries: Armenia, Bosnia, Montenegro, Morocco, Hungary and Turkey. While Bosnia haven’t officially confirmed their non-participation, they have stated that a return is highly unlikely. Morocco is also out of question. I have the feeling that Armenia and… Read more »

It’s so baffling to me that Poland can win JESC two years in a row but can’t send anything above average to the regular ESC.

Chessguy99
Reply to  Nobody Important

The difference is the structure of the completions. Voting rules significantly different. They tailored their two winners to fit what wins at JESC; catchy songs, eye catching staging, artists with good stage presence and interview well.

And why can’t they apply that to their adult competitors?

You can vote for your own country in JESC, also anybody can vote online no matter where you live. I’m sure if that was possible Poland would have no problem qualifying.

This seems like a reasonably well-structured way to pick an act. I’ve heard of worse ways to select an act.

That’s if it’s actually how they choose, and don’t just have a preferred candidate and make it look like they went through a process. Not much transparency in this method.

I expect nothing. I’m surprised they remember about ESC tbh

“TVP will reveal its winner by January 2, 2022“ I wonder if that’s artist and song…
Nice and early!!

I really hope we will finally get a top 10 worthy song from Poland!

Can someone explain what they mean by “Interestingly, and as Dziennik-Eurowizyjny points out, each juror may put one artist from outside the submitted entries into their Top 3”. Do they mean they can select someone who did not submit a song?

But….what would the be the point? Would this be used in the case of they like the song but want a difference singer?

But how exactly an artist shows interest if they don’t even come up with a song? 😀

During their family dinners or political party gatherings… lol

I’m afraid that our broadcaster would never pick a gay/bear artist.

Our 2001 representative only came out this year. And… it was 20 years ago, back then the broadcaster we’re talking about was more proggressive/open than is currently.

He came out? Really? When?

In May, according to news sites/social media.

Yes, he did. It’s been an open secret for ages but he only said it last year. It came out during his lashing with a broadcaster where he was a member of “The Voice of Poland” and its senior version.

Who? Don’t tell me to Google it. I did and I still have no idea

Here’s hoping that TVP will take their participation more seriously than they seemed to this year. Junior Eurovision is of course a nice and cute show, but it’s strange to me that TVP seemingly puts more effort into it than into the actual Eurovision.

Eurovision could be a big jumping board for Polish artists and songwriters, and the broadcaster should get behind this. I don’t want to witness another year where an artist only gets selected because of their ties to TVP and the song was forgotten to get submitted for a selection in another country.

Naaah. I expect another tv host. Maybe some judge from Voice if we’re lucky

Perhaps some Voice performers but I doubt judges will be bothered. Too much to lose with not enough to gain, I think. Besides current judge Justyna Steczkowska (plus Edyta Gorniak, Piasek, Cleo, Michal Szpak – former judges) already did Eurovision.

Edyta tried again in 2016, so she might try for a third time…

I hope not. She’s currently our leading antivaxxer star and many people don’t want to hear anything from her, since it’s more covid denial stories than music 😀 And that would be an overkill after the Polish Eurovision fans’ outrage from the Rafa? pick.

Oh. That makes me sad.

She’s still the best vocalist we’ve ever had. I don’t care about her personal opinions. However, I feel that she won’t try again as taking part in national final was already kind of not fair for one of the biggest stars we ever had and then coming only third was a major disappointment for her. Any other year she perhaps would have won but “Color of Your Life” and “Cool Me Down” were just much better songs.

What about Alicja? She wants to do it.